Recently Professor Luc Montagnier addressed  a demonstration in Milan against the green pass and health dictatorship. According to the Nobel laureate, a huge strategic mistake has been made. One of these is the failure to take into account that the virus also enters the human body through bacteria. 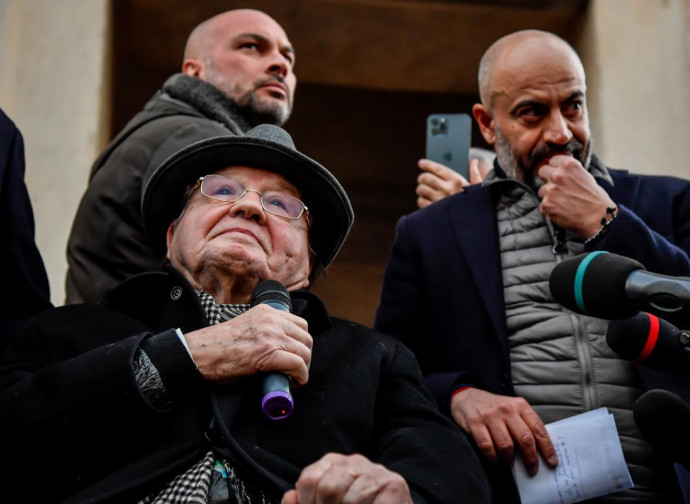 Professor Luc Montagnier was one of the greatest virologists of the twentieth century. He directed the Center national de la recherchescientifique, and the Viral Oncology Unit of the Pasteur Institute in Paris. It was here in 1983 together with Françoise Barré he discovered the HIV virus: a scientific achievement that earned them both the Nobel Prize for Medicine in 2008. To his credit, he has written thousands of scientific publications. Yet today, the mainstream media refer to him as a senile fool proposing conspiracy theories.

Ten days ago Professor Luc Montagnier addressed a demonstration in Milan against the green pass and health dictatorship. Despite his 89 years, and the insinuations of his critics, his intervention was extremely lucid and interesting. The French scientist did not speak only about the virus, but also and above all of the strategies that have been adopted internationally to deal with it, strategies - according to the professor - which are totally inadequate. It is not only the vaccine that can stop the epidemic, he said, "but it is the combination of treatments that will eliminate this disease". According to Montagnier, a huge strategic error has been committed.

One of these is the failure to take into account that the virus also enters the human body through bacteria. Bacteria which are full of viruses, which are localised in the intestine, and which can also be eliminated with proper nutrition and hygiene. But also with antibiotics, which by eliminating the bacteria lower the viral load. This Clinical evidence was not covered by many government medical guidelines for the treatment of Covid, notably in Italy. "Many countries have forgotten about treatments, there is not only the vaccine, there are medicines that have not been used and that work very well, such as antibiotics," said the scholar.

But the focus of the Nobel Prize speech was on vaccines. Montagnier has devoted a large part of his career to vaccines; for years he has been dedicated to the search for an HIV vaccine, hitherto without success. For forty years he has been searching for a vaccine against the virus responsible for AIDS, without obtaining any results.

This is not unusual. It is not always possible to produce a vaccine for a given disease: other examples of failures are Hepatitis C, or tuberculosis. If anything, the oddity is in the fact that vaccines were produced with just five months of experiments, as in the case of Covid. Montagnier therefore motivated his judgment on these products in the light of the scientific evidence after a year of experimentation worldwide.

The suspicion advanced by the Nobel Prize winner is that these vaccines can cause neurological damage, even very serious. Neurological disorders can also occur after the first dose and could be responsible for serious damage in the long term. Montagnier has launched a heartfelt appeal to all doctors to oppose vaccination with these types of vaccines. "Doctors today are perfectly informed of what I am saying, and therefore they should intervene immediately because the future of humanity is at stake," he said.

He concluded his address with a statement that struck the crowd: the salvation of humanity depends on the unvaccinated: “Only the unvaccinated will be able to save the vaccinated. Vaccinated who will, in any case, refer to medical centers to be saved. We must avoid listening and giving a voice to the incompetent and let science speak. I repeat: it is the unvaccinated who will save humanity. From the start, the large pharmaceutical multinationals were very interested in vaccines for economic purposes. This has now overtaken them and we must return to having respect for scientific truth. It is necessary to carefully monitor the evolution of the clinical situation, especially of vaccinated people with 1, 2 or 3 doses, because there are scientific studies that concern serious brain diseases. And we need to clear the fog that has descended on scientific news”.

The elderly scientist revealed that he is still working and leading an independent research team on Covid. He invited every free person to make their own contribution to the search and defense of the truth.