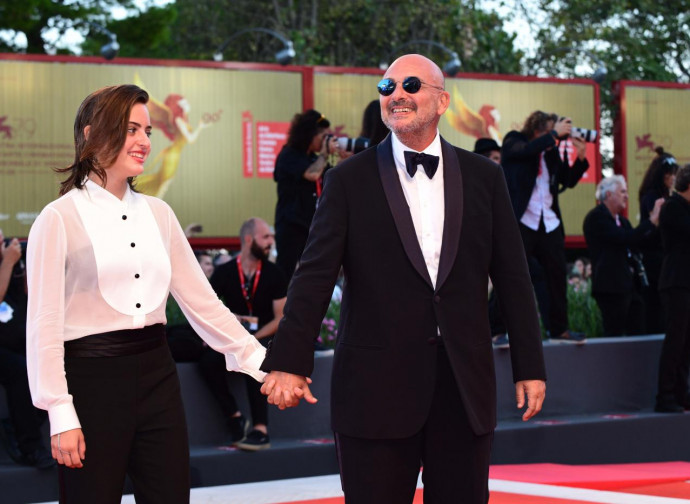 As the Venice Film Festival kicked off, so did the gossip and controversy. Among the controversies that concern us are those that complain about an over-representation of LGBTQ+ themes in the films competing. For example there is Tar, with Cate Blanchett playing Lydia Tar. She was the first German female orchestra conductor, a lesbian, who in the film harasses several female musicians in her orchestra.

There is L'immensità, by transsexual director Emanuele Crialese. The star of the film is Penelope Cruz, who plays the mother of a 12-year-old girl convinced she is a boy. The father, of course, is obtuse and violent. And then there is Monica, by Andrea Pallaoro, which tells the story of a woman who returns home to take care of her mother. The point is that the lead actor* is Trace Lysette, a transsexual and LGBTQ+ rights activist.

Finally, there is Le favolose, by Roberta Torre, dedicated to the meeting of seven trans friends to commemorate the eighth, Antoni*, who died and was buried by her family in male clothing. Let's open a parenthesis, before going back to Venice: during the Notte della taranta (from minute 22:15) a transsexual also appeared on stage. Having closed this parenthesis, let’s return to the Venice Festival.

In short: transsexuality galore. And we come to the point.

These films are to be considered scandalous because, as the Venice Film Festival is a cultural event of international standing, it should be a qualitatively and artistically elevated moment. It should, in short, present the best - from a cultural point of view - of Italian, European, and worldwide cinema production. Not only that: we consider cinema art, indeed, but also entertainment of a high level. But what if these premises were wrong? What if cinema were nothing more than a - particularly effective - form of propaganda? Mussolini, in 1922, stated that “cinema is the strongest weapon of the state”, because images, music, and dialogue have an impressive capacity to appeal to the people. That is why, in 1936, he decided to found the Cinecittà studios; that is why, in 1932, he decided to inaugurate the first edition of the Venice Film Festival, on the occasion of the tenth anniversary of the march on Rome. Among the prizes awarded, from 1938 there was the Mussolini Trophy for the best film.

But not only Fascism considered cinema as a propaganda weapon: in a 1943 text titled “The Motion Picture as a Weapon of Psychological Warfare”, we read on the first page: "Films are one of the most powerful propaganda weapons at the disposal of the United States". This is why, instead of destroying Cinecittà and wiping out the Venice Film Festival, they were revitalised after the war: to exploit - this time in an anti-fascist key - their propaganda potential.

Liked or not, cinema has been and continues to be one of the most powerful weapons in the cultural war that inflames the world. That is why it is reductive, when approaching a film, to dwell only on any scabrous content and, at most, to consider the technical ones; if a film is a propagandist work, that is the aspect to be considered first and foremost.

So it is not surprising if, at the Venice Film Festival, Giorgia Soleri appeared who has nothing to do with cinema (indeed, apparently she has declared that she does not like cinema at all) but who happens to be the girlfriend of Damiano David, frontman of Måneskin, the musical group that has won the Sanremo Festival, Eurovision. and countless other events for reasons of gender fluidity. Or that no less than three films in competition deal directly or indirectly with transsexuality.

The current battle is taking place on this ground. Not only ate the guns already lined up, the big guns have begun to sound their thunder.