The Vatican Philately has made a few strange choices and omissions by recalling Charlie Chaplin and the Protestant Reformation, yet stepping over the 450th anniversary (2021 edition) of the battle of Lepanto, which marked the end of the Islamic threat in Europe, and (2022 edition) of the death of Pope St. Pius V: a holy and courageous pontiff, perhaps too far from current "standards". 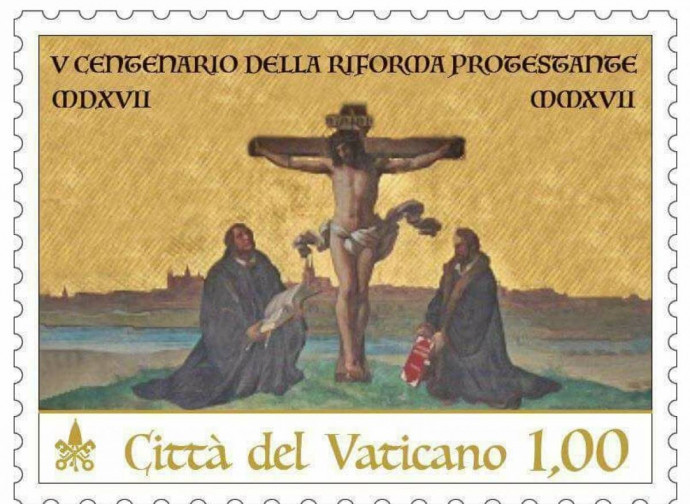 As an independent state the Vatican issues its own stamps, about 15-20 per year, and through the Economic Directorate offers a philatelic (and also numismatic) selection to clients worldwide. Vatican stamps are prized by collectors everywhere.

As headquarters for the Catholic world, the choice of themes for the most part is dedicated to religious themes. But not only these. And it seems that the choices, starting with the papacy of Francis, have become somewhat unusual, not only for the selections made but also for themes that may be missing. As Head of State Pope Francis undoubtedly keeps an eye on what subjects are selected or not.

The most frequently recurring themes include the pontifical year; trips taken by the Pontiff in the prior year; Christmas and Easter; various anniversaries relating to the birth and death of saints, popes, and well-known lay persons; religious events such as a eucharistic congress or quasi-religious occurrences such as Family Day and World Youth Day.

In 2021 stamps were issued for the 90th anniversary of Vatican Radio and the 160th of the Vatican newspaper, Osservatore Romano. The seventh centenary of Dante Alighieri’s death and the 450th anniversary of the birth of Caravaggio were also selected as stamp themes.

A strange absence was noted last year as well as the current year. In 2021, no stamp was issued to commemorate the 450th anniversary of one of the largest naval battles in Mediterranean history – indeed perhaps in world history: the Battle of Lepanto on October 7, 1571, with the defeat of the Ottoman Empire that saved the Catholic Church in Europe.
Thousands of men in well-armed boats were mobilized by Pope Pius V (Michele Ghisleri) with combatants coming not only from the Vatican, but from the Republic of Venice, King Philip II of Spain, and others. They met the Ottoman Turks after traveling several hours and fought the enemy until a glorious but bloody victory although with the loss of thousands of lives. And so it was that Pius V brought an end to the Muslim plague in Europe.

Pope Pius V, in his brief reign of only six years, also established the concept of seminaries to provide a proper preparation for priests, organized the Latin mass, developed the catechism to strengthen the faith of believers, and had the courage to excommunicate Queen Elizabeth I of England who had broken relations with Rome.

While the 450th anniversary of the Battle of Lepanto was ignored, in 2017 the Vatican issued a stamp to commemorate the 500th anniversary of the Protestant Reformation! This stamp showed a crucifix at the center with Martin Luther kneeling on one side while holding a bible, and Philip Melantone on the other side, holding “Confessio Augustana” the first Protestant “manual.”

In 2014 the Vatican even celebrated with a special stamp the 125th anniversary of Charlie Chaplin’s birth. How come? He wasn’t even Catholic!
Why render philatelic homage to Martin Luther and Charlie Chaplin and not to Michele Ghisleri, Pope Pius V, who became a saint in 1712?