Vatican in the pocket of the contraception industry

The Fifth International Vatican Conference (6-8 May 2021) on the theme of human health has already caused quite a stir. This is so because of the invited speakers (many linked to the Covid vaccine business) and its main advertising graphic, an image seen as a veritable manifestation of practical atheism. Yet, there is an even more disturbing aspect: the main funder of the conference is the John Templeton Foundation which is committed to the spread of contraception and is specialised in involving religious organisations in its birth control campaigns. Pfizer, which will also be represented at the conference, is the manufacturer of injectable contraceptives with long-term side-effects, the cause of many disasters in developing countries. All this is going on while a Motu Proprio signed by Benedict XVI forbade such intermingling. 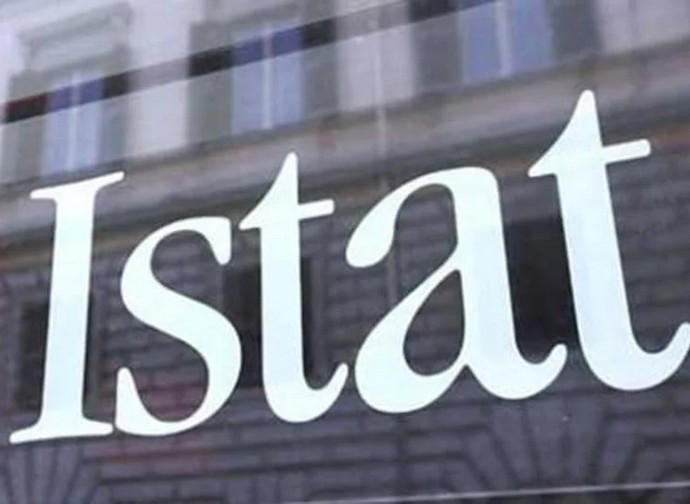 The Fifth International Vatican Conference, to be held from 6 to 8 May on the theme "Exploring the Mind, Body & Soul - Unite to Prevent & Unite to Cure" has already created quite a scandal. This is particularly so because  some invited speakers are bizarre and even embarrassing. Firstly, there is Chelsea Clinton, daughter of the former American president. Then there is former model Cindy Crawford, and rock singer Joe Perry of Aerosmith. Also invited is New Age guru Deepak Chopra, conservationist Dame Jane Goodall, a fanatical supporter of birth control and population reduction (at Davos a year ago she said that the world population should be reduced to the levels of 500 years ago, between 420 and 560 million). Most notably are the greatest supporters of mass vaccination programmes: immunologist Anthony Fauci, top executives at Pfizer and Moderna, Albert Bourla and Stéphane Bancel, and the director of Google Health, David Feinberg.

What are all these people doing inside the Vatican (albeit via an online meeting due to Covid travel restrictions) talking about health as guests of the Pontifical Council for Culture headed by Cardinal Gianfranco Ravasi? This question is all the more urgent since these international conferences were set up in 2011 to promote research on adult stem cells, a response to the tendency of the industrial and scientific world to focus, instead, on embryonic cells. Above all, it appears inevitable that the Vatican's enthusiasm for vaccinations (including promotion of vaccine indoctrination in the church, as we revealed yesterday) is being allied to the two pharmaceutical companies that are sharing the biggest slice of the vaccine profit pie. This is, in the very least, a very unfortunate coincidence.

Even worse is the impression created by the poster advertising the conference: a stunt worthy of Italian photographer and controversial brand developer Oliviero Toscani with its reference to Michelangelo's Creation of Adam. In the graphic, we see two hands reaching out to touch one another (one black and the other white for political correctness) covered by latex gloves. Whatever was the intention of those who conceived and those who approved the publicity, it is objectively a manifestation of practical atheism: even God has to protect himself from the virus and with the means science deems necessary. This is the clearest sign of what we have been saying for a long time, namely that for many of the Church's pastors health has taken the place of salvation as their primary concern with the vaccine, of course, being the real source of salvation.

Such deviations of the Church's institutions should be more than enough to shock us.

However, there is another aspect, perhaps even more disturbing though less obvious. You can find out by trying to get an answer to a simple spontaneous question when observing the grandeur of the international conference: who is paying for all this? The Vatican's conference organiser, Monsignor Tomasz Trafny, has made it clear that everything is being funded at no cost to the Holy See. The conference is being paid for by a number of organisations, foundations and industries with ties to health advocacy and medical research. Moderna is one of sponsors. This is self-explanatory. The primary sponsor, without whom this high-level conference would not even be possible, is the John Templeton Foundation, one of the 25 largest foundations in the United States.

What does the John Templeton Foundation do? Why is it so interested in the Church? Because it is heavily involved in family planning (i.e. birth control) programmes in developing countries, mainly through the involvement of so-called 'Faith-based Organisations', that is, religiously motivated charities. To save face and not over-offend sensibilities - given the involvement of Islamic, Catholic, Protestant and Jewish organisations - the language used to present the various projects is nuanced. The reality is that the John Templeton Foundation is one of the key players in the spread of contraceptives throughout the world. On the list of beneficiaries of the foundation's various projects are a number of African national Caritas organisations. Although it is not clear from the project summaries to what exact degree the Catholic organisations are involved, it is nevertheless clear that the concept of voluntary planning promoted by the John Templeton Foundation and similar ones linked to the United Nations differs considerably from the concept of responsible parenthood taught by the Church.

John Templeton is also a member of the Reproductive Health Supplies Coalition, a consortium of foundations, organisations, pharmaceutical companies and governments in partnership with the United Nations Population Fund (UNFPA) to promote the use of all modern contraceptives. It is a coalition that channels some $3 billion a year into contraceptives. Of course, it comes as no surprise to find The Bill and Melinda Gates Foundation among the list of partner organisations, being certainly the most generous in the world for funding the culture and practice of contraception - in addition to International Planned Parenthood Federation (IPPF), the largest multinational provider of abortion and contraceptives.

The fact that the John Templeton Foundation's focus is enlisting religions to partner in their work of promoting contraception also makes it clear why it generously funds the Vatican Health Conference. As Monsignor Trafny candidly admits, the funder also gets to choose the speakers.

If the topic of conversation turns to contraception, then one cannot fail to mention that the pharmaceutical industrial giant Pfizer is not only the producer of the most widespread Covid vaccine  (compulsory in the Vatican), but is also the 'queen' of long-term injectable contraceptives. Such drugs prevent a woman’s ovulation for 13 weeks, but with side effects that have proved disastrous in developing regions because of links to high mortality rates. We are referring to the infamous Depo Provera which in poor countries since the 1970s has been the mainstay of savage birth control programmes in Africa, Asia and Latin America (see my book Il complotto demografico, Piemme, 1996). In 2015 another injectable contraceptive, Sayana Press, was introduced with active ingredients, administration, efficacy and side effects all very similar to those of Depo Provera. The only difference is the latter is taken through an intra-muscular injection, while Sayana Press is injected subcutaneously and can, thus, be easily self-administered.

These are, therefore, very dangerous relationships being forged by the Holy See. This makes it easier to understand why some prelates are opening up to contraception in developing countries. This is in blatant contradiction to the Church's teachings. It is a serious danger to the freedom of the Church, a problem which previous popes were well aware of. As such, in November of 2012 Pope Benedict XVI signed a Motu Proprio clarifying what even common sense might suggest, namely that Catholic charitable organisations cannot be funded  by “groups or institutions that pursue ends contrary to Church’s teaching."  This legally binding text entitled Intima Ecclesiae Natura was inspired by the concern that all the Church's very own charitable activities - with Caritas Internationalis playing the lead - should be at the service of evangelisation. The intention of the Motu Proprio was, therefore, to avoid creating confusion among the faithful about what the Church teaches nor misappropriate in any way donations received from the faithful (which evidently has happened). One of the protagonists behind Intima Ecclesiae Natura was Cardinal Robert Sarah who at the time headed up the Pontifical Council Cor Unum (whose specific work has no been absorbed into the much larger Dicastery for Integral Human Development). The Motu Proprio was addressed, first and foremost, to diocesan bishops  responsible for supervising  charitable organisations in their own regions.

Now, just eight years later, it turns out that it is the Holy See itself that is in breach of its own policy, being tied hand and foot to the contraception industry.