The recommendation to vaccinate children aged five and over, originally contained in the Documents of the Pontifical Academy for Life (PAL), had been removed at the last minute by the Secretariat of State, but has resurfaced in an agency release and press conference. Even the Italian bishop’s newspaper Avvenire, challenges the Secretariat of State. 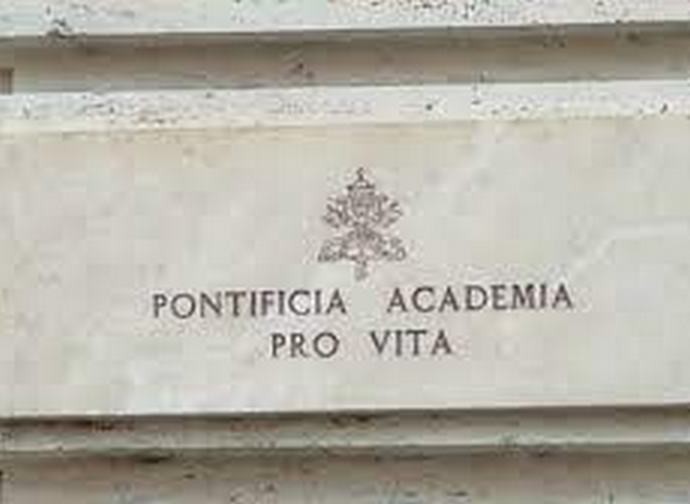 Sooner or later the truth will come out. A maxim that is so true, yet, curiously, often forgotten and even by the Vatican itself. So we are forced to note the umpteenth, grotesque, "incident" concerning the two documents on "Children and Covid" presented Wednesday, December 22 at the Vatican. As you may recall, the two documents bear the signature the Pontifical Academy for Life (PAL), directed by Monsignor Vincenzo Paglia, and the Vatican Commission on Covid-19, directed by Cardinal Peter Turkson (whose dismissal by the Pope as head of the Dicastery for Integral Human Development, and therefore also of the Commission on Covid-19, was confirmed yesterday).

The Adnkronos text states that “the Vatican also considers the Covid vaccination over the age of five advisable. In particular, the Pontifical Academy for Life chaired by Mgr Vincenzo Paglia, notes that “the vaccination of minors, from the age of five, with mRNA vaccines has been widely authorised, considering the high value of the benefits compared to the risks”. As a result of “this opportunity” the document presented today reports that “several countries have extended the possibility of vaccinating children and adolescents, with different forms and limits, regulated by individual governments. It should be stressed here that, given the circumstances of the current spread of the pandemic and the quality of the authorised vaccines, the vaccination of children over five years of age can be considered advisable, consistent with an equitable distribution of vaccines throughout the world”. “The contraindications and possible side effects," notes the PAL, "are far less significant than the benefits obtained. Below this age, research and evaluations are still underway to better define how to proceed''.

Where did this paragraph appear from? From what we have been able to reconstruct, it is a paragraph that was actually present in the original document; however, by direct intervention of the Secretariat of State it was removed on the eve of its presentation. Which also explains the strange and unusual communiqué of the Holy See - not signed by anyone but attributable to the Secretariat of State itself - published as a note in the two documents which "reaffirms the position of the Holy See in favour of vaccines”. Evidently this is a form of compensation to the PAL, a compromise, for its "position" on the vaccination of children. That paragraph, with a strong political character, also gives a sense to the whole operation of the PAL and Covid Commission, because in fact it perplexed with its pompous presentation of two documents that all in all appear rather trivial.

The reasons that prompted the Secretariat of State to make the cut are not known, but they are easy to guess: although the vaccine line of the Holy See is not in question - and this is demonstrated by the new regulation promulgated recently that obliges residents and workers of Vatican City to obtain the Super Green Pass (vaccinated status) - the issue is still widely debated from both the science-health and the moral point of view and has already created a deep division in the Church. Suffice it to say that just in the last few days the "Bethlehem Declaration" has been published, in which bishops, priests and lay people appeal to the hierarchy of the Church - on the basis of the criteria contained in the Note of the Congregation for the Doctrine of the Faith of a year ago and on the scientific evidence that has emerged in the meantime - to consider morally illicit the use of these vaccines "contaminated by abortion". And this for the vaccination of adults: to introduce full support also for the vaccination of children - on which the reservations of experts are much greater - goes beyond reason, it is like throwing more fuel on the fire. In addition, the intervention of the PAL would have appeared far too political, of blatant support for governments - the Italian one first and foremost - which are promoting the "operation children".

Nevertheless, the State Secretariat's action to block the article was only partially successful. The offending paragraph was published by Adnkronos as if it were contained in the final document. Given that the PAL press office assured that no embargoed copy had been given to the agency, it is clear that it was handed out by some member of the PAL itself, who then 'forgot' to warn that the document had been modified. Simple negligence or a wish to circumvent the obstacle posed by the Secretariat of State? We cannot say for sure, but there are other indications that the latter is the case.

In fact, at the press conference, Professor Alberto Villani, head of Paediatrics and Infectious Diseases at the Bambin Gesù Hospital in Rome, called for children to be vaccinated, “because vaccines are safe and effective. Every child has the right to protect his or her well-being and that of his or her family”. And that was enough for the Italian Bishops' Conference newspaper, Avvenire, to headline “Yes to vaccines for children, it is an act of love”.

No one doubts that Professor Villani and the management of the bishop’s newspaper Avvenire, were perfectly aware of what happened between the Secretariat of State and the Pontifical Academy for Life: the statements in the press conference and the headline on the front page are therefore a deliberate act of support for the radical-pro-vaccine wing of the Pontifical Academy for Life. And as far as Avvenire is concerned, also an oath of loyalty to the Draghi government. Cardinal Parolin and the Secretariat of State should get in line.