Vaccines, aborted fetuses and other drugs: a guide to the issue

A strong argument from those who consider it unproblematic to use aborted fetuses cell lines for making vaccines goes like this: if we ban vaccines, then we should also ban a host of other common drugs that use the same cell lines. Not only is the matter a bit more complex than this, above all, it is not right to tolerate any evil just because it is found to be widespread. What follows is a recommendation for Christians.... 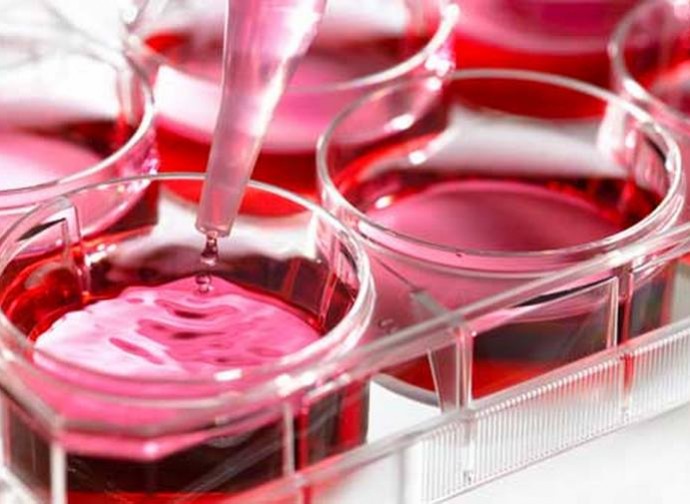 The article dates back to last 28 January. Yet it keeps being brought up by those who say ethical questions associated with vaccines either produced or tested on aborted fetus cell lines are of minor relevance. The article’s author, Fr. Matthew P. Schneider, a Legionary of Christ, has tried to diminish "resistance" to vaccines of illicit origin because, in his opinion, this would be going too far. Although Schneider has in the past defended the "prophetic witness" not to use vaccines "grown from fetal cell lines," he believes that the same position with regard to vaccines only “tested” on such lines would lead to the paradoxical rejection of modern medical science, thus making it impossible for people to live their lives. He writes: "If we reject a medication simply because it was tested on fetal cell lines, most of standard pharmacy would be immoral."

Schneider then follows up with a list of common over-the-counter drugs and a list of prescription drugs (provided by Dr. Lisa Gilbert) tested on the HEK-293 cell lines or derived cell lines. The list of OTC pharmaceuticals includes well-known medications such as Aspirin, Claritin and Maalox. Norvasc, Zitromax and Plaquenil.

The principle that motivates opposition to vaccines that are "merely tested” on illicit cell lines should also consistently lead to the rejection of all such related drugs (there are 38 on the list). This would lead to enormous inconveniences for our health, if not a downright unthinkable life. "If we disallow all remote cooperation, we would need to reject all of modern society more than contemplative nuns. Only isolated subsistence farmers or hunter-gatherers who make their own clothes and tools could be completely free from very remote cooperation in evil," explains Schneider.

However, there are two problems with his article. The first concerns checking the link between the drugs on the list and the fetal cell lines themselves. José Trasancos (see here), President of the Children of God for Life Association, checked the drugs listed one by one and found that most of them were produced before the illicit cell lines even existed. Acetylsalicylic acid (marketed as Aspirin), for example, was produced by the French chemist Charles Frédéric Gerhardt in 1853 long before these cell lines were made. The relationship with HEK-293 cell lines, thus, refers "to the subsequent use of aspirin (already developed, free of any association with abortion) and aborted fetal cell lines in some other experimental application, documented and published many years after aspirin appeared on the shelves.”

From a moral standpoint, it is not the same thing to use a medicine for whose preparation the use of illicit cell lines was essential compared to those for which it was not necessary. If Aspirin was produced ethically and, then, only later was the decision taken to test it on HEK-293 cell lines, this means that the immoral test phase was not decisive for the production of the drug. The subsequent immoral decision "does not retrospectively taint the development of Aspirin as immoral," Trasancos concludes. Precisely opposite is the situation involving the production of the serums produced by Pfizer and Moderna. The moral evaluation can only be negative: these vaccines would not exist without the testing phase on fetal cell lines.

The second problem, perhaps more serious, is found in the logic of Schneider's article and clearly expressed in its title If Any Drug Tested on HEK-293 is Immoral, Goodbye Modern Medicine. Incomprehensible. If every drug were tested on these cell lines, efforts would have to be redoubled to stop such barbarity. When sin becomes a structure of sin, a Christian's reaction cannot be to peacefully accept the situation with disarming resignation. On the contrary: when evil is everywhere, one must react with a proportionate decision. If, hypothetically, every drug were henceforth to be tested on human guinea pigs (a hypothesis not too far from reality given the current trend and precedents in developing nations), what are we supposed to do? Accept it quietly, if not say "goodbye to modern medicine"?

A possible conclusion from the impossibility of living in the world without cooperating with evil should not lead us to loosen our moral constraints, but to work with determination to overturn the status quo.

The "To Awaken Conscience" manifesto, which included Bishop Joseph E. Strickland of Tyler, Texas, among its signatories, had already responded to Schneider's sophistry: "We are told there is nearly ubiquitous use of HEK-293 cells in the scientific and medical industry. If this is so, we take it to be evidence of structures of sin surrounding abortion." An initial concrete step to be taken to break free from these chains is to raise awareness and pressure all “product manufacturers to reveal publicly and label their use of these cells, so that we can go forward avoiding such products. More has been done to resist animal cruelty and the use of genetically modified organisms than to resist the benefiting from the murder of a child”.

The packaging and instructional leaflets of medicines do, indeed, state that they conform to vegan principles, that no experiments have been carried out on animals, and yet nothing is ever said about the exploitation of aborted human fetuses.

Perhaps the Christian world should devote more time and resources to exposing the rot in modern medicine, particularly in the pharmaceutical industry, rather than attacking those who are trying to resist its widespread distribution. Bishop Strickland's proposal might be a good place to start in order to realise just how far and wide the metastases of abortion have now infected the entire world.