New international studies on mRNA vaccines belie the narrative of benefits outweighing damages. According to a new Thai study, almost 30% of children who received Pfizer's vaccine suffered cardiac effects. But this is only one of some 200 published studies showing that the risks of the Covid vaccination far outweigh any theoretical benefits. And now even the Pentagon has doubts: the US Department of Defence's data on young soldiers vaccinated is alarming: 2021 saw drastic spikes in a variety of diagnoses for serious medical problems compared to the average of the previous five years. 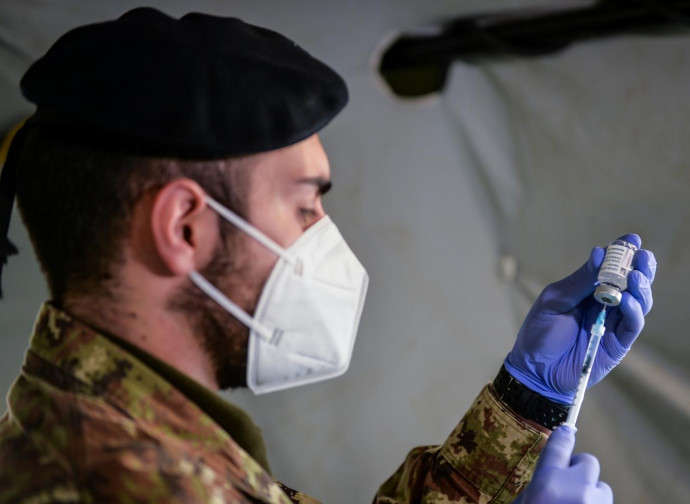 In the field of vaccinology, a branch of medicine with decades of history, every vaccine has always had to meet two fundamental requirements: efficacy and safety. Ever since the emergence of anti-Covid vaccines in December 2020, it has been said repeatedly - without any major studies to verify this - that these vaccines were absolutely safe. The virostars from TV screens claimed that side effects were non-existent. It was obviously a far-fetched claim, because every vaccine has adverse effects, and the manufacturers of the Covid vaccines themselves listed a number of possible side effects in their data sheets, and specified that in addition to these there could be other, still unpredictable side effects.

When time and facts proved the reality of these reactions, the refrain repeated by the supporters of the vaccination campaign became another: “The benefits of the Covid vaccination far outweigh any harm”. This apodictic assertion was mainly used to support vaccination in young people and children, where it was most problematic to argue the need for inoculation, given the infinitesimal percentages of deaths under the age of 20, and where major side effects were evident among children from the very beginning.

Now, the thesis that “the benefits outweigh the damages” is gradually being disproved by a series of studies.

Over the past few months, a team of researchers from the Johns Hopkins School of Medicine analysed some 48,000 children under the age of 18 diagnosed with Covid, using US health insurance data, and found a death rate of zero among children without very serious co-morbidities, such as malignancies, which were the actual cause of these children's deaths. Thus, healthy children do not run any risk by falling ill with Covid; but they do by being vaccinated.

According to a new Thai study, reported by LifeSiteNews, almost 30% of children who received Pfizer's mRNA-based COVID-19 vaccine suffered cardiac effects. The study, published as a preprint, examined 301 Thai students aged between 13 and 18 who had received the first dose of the vaccine without adverse effects to see how they reacted to the second dose. And the results are particularly significant: cardiovascular effects were found in 29.24% of the patients, ranging from tachycardia, palpitations, pericarditis and myopericarditis, documents the preprint, which therefore recommends that adolescents receiving mRNA vaccines should be monitored for side effects.

Commenting on the findings, Professor Peter McCullough, an American cardiologist, lecturer at Texas A&M University, and vice chair of Internal Medicine at Baylor University, who has been the main opponent of the official narratives given by Fauci since the beginning of the epidemic, and who has been the main advocate in America for the importance of early treatment and the use of Hydroxychloroquine, stated that “any form of cardiac damage in young people is concerning because the long-term risks of heart failure and sudden death with exercise are unknown”.

Furthermore, he pointed out that the Thai study is one of about 200 published studies showing that the risks of Covid vaccination far outweigh any theoretical benefits.

Supporting Professor McCollough's assessments are further data from the US federal database Vaccine Adverse Events Reporting System (VAERS). The data reveal that 11,289 cases of pericarditis/myocarditis after Covid vaccination were reported in less than two months, between 1 January and 25 February this year, which already represents 47% of the 24,177 reports for the same presented in the whole of 2021.

Vaccine advocates claim that VAERS offers an exaggerated view of a vaccine's potential risks, since anyone can submit a report without examining it, but researchers at the US Centres for Disease Control and Prevention have acknowledged a high verification rate of myocarditis reports to VAERS after mRNA vaccination, and that, indeed, the reports are almost certainly underestimated.

But VAERS is not the only source of data justifying concerns about adverse events.

LifeSiteNews reported on Pfizer data that the company had decided to keep secret until 2076, including reports of 158,893 serious adverse events after vaccination in dozens of countries worldwide from 1 December 2020 to 28 February 2022.

Finally, there is one last piece of data from a special US government authority: the Pentagon. Data from the Defence Medical Epidemiology Database (DMED), which conducted studies on young vaccinated soldiers, are quite alarming: 2021 saw drastic spikes in a variety of diagnoses for serious medical problems compared to the average of the previous five years, including hypertension (2.181%), neurological disorders (1.048%), multiple sclerosis (680%), Guillain-Barre syndrome (551%), breast cancer (487%), female infertility (472%), pulmonary embolism (468%), migraine (452%), ovarian dysfunction (437%), testicular cancer (369%) and tachycardia (302%).

Such data on the increase of such serious diseases in a young and necessarily healthy population as professional soldiers must be, cannot worry only the Pentagon, but every parent everywhere, about what might happen to their daughter and son subjected to the vaccine trial.