Inside the Vatican, a health official has announced the distribution of a Covid vaccine, for which its research utilised cell lines from aborted fetuses. Just yesterday the Pontifical Academy for Life’s president, Archbishop Vincenzo Paglia, lauded the European Union’s Vaccine Day, saying there was now “a light shining in a tunnel that, until now, has been very dark." This is a vaccination campaign involving a concerted decision to not deny the media’s interpretation of  the “Note” released by the Vatican’s Congregation for the Doctrine of the Faith, a document which has proven to be a turning point in the moral debate. Now the Church accepts vaccines derived from cells of aborted fetuses. This is a very grave decision which will have dramatic repercussions for the defence of life. 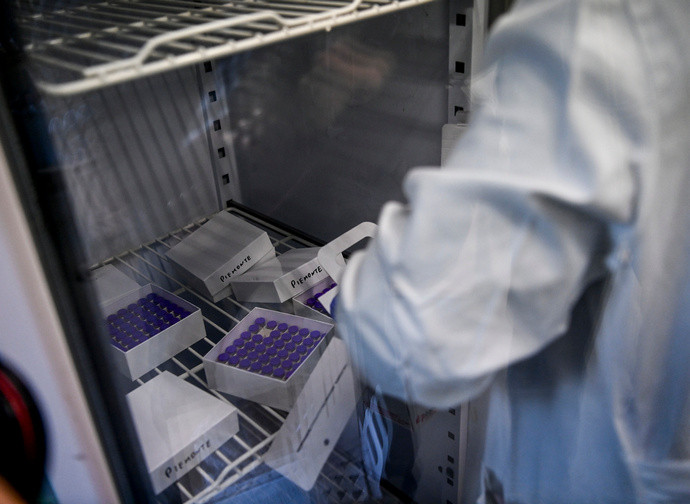 In brief: last 21 December the Vatican’s Congregation for the Doctrine of the Faith (CDF) issued a "Note on the morality of using some anti-Covid-19 vaccines". The CDF Note answers questions received about vaccines which "in the course of research and production, employed cell lines drawn from tissue obtained from two abortions that occurred in the last century.”

The Congregation for the Doctrine of the Faith summarises what the congregation itself and the Pontifical Academy for Life had already explained in the past: using such vaccines is licit when deemed a necessity and provided there are no ethically irreproachable alternatives available. This is so notwithstanding the Church’s condemnation of abortion and her moral opposition to the "use of cell lines proceeding from aborted fetuses."  And notwithstanding having petitioned pharmaceutical companies and government health agencies to find ethically acceptable vaccines. Full stop. In previous articles, we have sought to explain the continuity in principle of this document with respect to previous ones it explicitly refers to.

Surely, we can discuss the way in which this document is written; we can also discuss the priorities expressed by the CDF’s “Note” compared to previous documents and the different contexts in which they arise . We must also point out that, for the first time, a Vatican document explicitly declares that compulsory vaccination is not admissible.

Yet, let's brush all this to the side for a moment. Let's look at another very important aspect: namely, how the document has been received and communicated. In the media and around the world the message received is that there has been change within the Church, which now finds it "morally acceptable to receive Covid-19 vaccines that have used cell lines from aborted fetuses."

This is a very serious message, indeed, even if it only applies to Covid vaccines.  It would, in fact, legitimise those which are ethically unacceptable even if there is no state of necessity and even if other vaccines that do not pose the same moral issue are waiting for approval (you can read here the list of companies  developing Covid vaccines which have or have not made use of aborted fetus cells).

Yet it is even more serious, if we consider there are several other drugs now being studied for which cell lines from other aborted fetuses are employed in research. What is more, there is strong pressure to liberalise research on embryos (which is already partially occurring). The message that emerged - beyond what is actually written in the CDF “Note” – is, thus, a reversal of what the Church has always maintained and is a real disaster regarding the defence of life.

If indeed the real intention was to summarise what the Church has always said on this issue, it would obviously necessitate (faced with the enormous manipulation and instrumentalisation of the “Note,”) an immediate, prompt and clear denial and one which leaves no room for any misunderstanding. Yet, this didn’t happen. Instead, there has only been silence. We've only heard silence from the Holy See, specifically from the CDF. It is also fair to say, this is not the first time such an occurrence has taken place.

However, the implications of this silence are quite serious: everyone, including faithful, are now bound to think that the Holy See - and the Pope himself, who approved the Note's publication - has actually cleared the way for using cells from aborted foetuses for medical purposes. Everyone is justified in thinking that now the law of "the end justifies the means" applies in the Vatican as well. This certainly did not escape the attention of the person in charge of Vatican communications, since he is an expert journalist. The silence in this case - of all competent bodies - can only be but complicit with those who conceive foetuses and embryos to be mere biological material to be freely utilised and complicit with those who attack life.

Regrettably, the issue doesn’t end here: the whole affair is, in fact, part of a persistent Vatican vaccine campaign that has been on-going now for months and is led by Pope Francis himself. It is a campaign that has contributed greatly to the anticipated vaccine's Messianic sheen. Just yesterday, on the European Union's Vaccine Day, a triumphant Archbishop Vincenzo Paglia, president of the Pontifical Academy for Life, spoke of "a light shining in a tunnel that, until now, has been very dark" and of "a historic day that underscores the responsibility of science, politics, morality and justice."

Repeated interventions by the pope, however, have shifted the vaccine’s moral debate from its mode of production, safety and efficacy to its mode of distribution. This means, then, that the important thing is that it should distributed to everyone, first and foremost to the poor and vulnerable. Francis reiterated this again in his Christmas Day "Urbi et Orbi" message, when he said that vaccines are "lights of hope" if they are "available to all," especially "especially for the most vulnerable and needy of all regions of the planet.”

Hence, vaccination will begin at the Vatican this January, according to  Dr. Andrea Arcangeli, the Vatican's Governorate health director. Arcangeli told Vatican News that they will start with the Pfizer vaccine, which is precisely the one developed from cell lines of aborted fetuses during its research phase. Vaccination will get underway without even waiting for an "ethically irreproachable" vaccine to arrive and without casting any doubt on its real state of necessity, safety and efficacy.

Faced with the facts, words are worthless.