In the United States, the new Biden-Harris Administration immediately adopted a “tabula rasa” approach to life matters. One of the main moves is the appointment of Samantha Power (former US ambassador to the United Nations) as the new chief of USAID, the primary dispenser of US foreign assistance. It's already crystal clear what kind of agenda she will advance: “We will advance gender equality, LBGTQI+ rights, and women’s empowerment as part of our broader commitment to inclusive economic growth and social cohesion". And the Biden Administration will once again finance those international and non-profit organizations that provide abortion as part of “women’s empowerment". 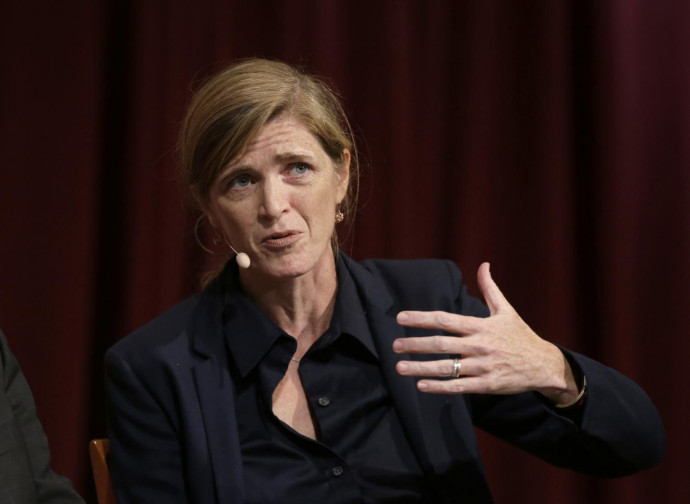 In the United States, the new Biden-Harris Administration immediately adopted a “tabula rasa” approach to life matters. From day one, presidential proclamations, executive orders and statements have laid out plans to obliterate all life affirming laws and regulations that every Republican Administration had put in place commencing with Ronald Reagan.

On the international scene this means once again making funds available to organizations that include abortion in medical services rendered to women in developing and least developed countries as part of the foreign assistance programs of the United States.

The primary dispenser of US foreign assistance is USAID– the United States Agency for International Development – which happens to celebrate its 60th anniversary this year. The new Administrator (head) of USAID is Samantha Power, who was finally confirmed by the US Senate on April 28 by a vote of 68-26 (receiving fewer votes in favor than her UN Ambassadorship in 2013, 87-13) and was sworn in her new post on May 3. In addition, the Biden Administration elevated the USAID position to the National Security Council at the White House to further underscore the importance of its work.

Samantha Power is no stranger to the world of politics. She is a well-known journalist, author of several books, a Harvard professor, and was a member of the Obama Administration having first served as adviser in the White House National Security Council then later as Ambassador to the United Nations (2013-17). Among her many accolades was being designated by Forbes magazine as one of the “World’s 100 Most Powerful Women.”

With her forceful personality, Power began her new post accompanied by an ambitious agenda for the Agency which works alongside the State Department in dispensing foreign assistance across the globe. Even before her confirmation President Biden had already laid out a broad agenda on the domestic and global development front in its forthcoming budget:

The Interim National Security Strategy Guidance was issued by President Biden in March. It contains some key language as to how development assistance will henceforth be conducted:

“We will advance gender equality, LBGTQI+ rights, and women’s empowerment as part of our broader commitment to inclusive economic growth and social cohesion. Global development is among our best means to articulate and embody our values, while simultaneously pursuing our national security interests. In short, our foreign assistance programs and partnerships are both the right and the smart thing to do.”

Perhaps not everyone will agree with “the right and smart thing to do” assessment. From other sources we know the Biden Administration will once again finance those international and non-profit organizations that provide abortion as part of “women’s empowerment.” As Biden already made known he will not only reinstate but increase funding for the United Nations Population Fund (UNFPA).

In 2017, President Trump defunded UNFPA which, according to data for fiscal year 2016 (ending September 30), had received $67.9 million from the US. Of this amount, $30.7 million was allocated for “Population and development issues, with an emphasis on reproductive health and gender equality.”

The nomination of Samantha Power as Administrator of USAID was enthusiastically welcomed by the abortion industry. Even before the presidential elections a group of about 90 abortion-minded organizations issued a detailed manifesto to their Democratic party friends demanding a reversal of all legal and other impediments to abortion that Republicans had put in place over many years. Their demands –  headlined by “First Priorities” –  and the list of signatory organizations can be found here.

A strong proponent of the abortion agenda, the Washington DC based non-profit organization named CHANGE – Center for Health and Gender Equity, which has been around for more than 25 years, monitors closely the sexual and reproductive health and rights activities of the US government, including of course USAID. When Power was nominated CHANGE issued a press release that stated in part: “We are optimistic that under Power’s leadership there will be greater investment and coordination across agencies to support the health and human rights of women and girls, and others who are discriminated against globally. CHANGE stands ready to work with Ambassador Power to put into practice the Biden-Harris administration's policy to support sexual and reproductive health and rights globally. An important step will be to ensure that U.S. funding supports abortion access as allowable by law in the cases of rape, incest, and life endangerment. This is especially important for survivors of sexual violence and rape in conflict and crisis situations.

“As UN Ambassador, Power worked alongside other nations to advance human rights, including the rights of women and girls, LGBTQI+ persons, and refugees. Her leadership and experience will be critical in addressing the urgent mission of USAID including tackling the global COVID-19 pandemic and climate change - and the rolling back of regressive policies implemented under the Trump administration, such as the newly released Trump’s USAID anti-gender policy that erases LGBTQI+ persons, and the expanded global gag rule.

The best-known abortion provider, Planned Parenthood, through their political Action Fund, also expressed approval in a press release from their president, Alexis McGill Johnson, that included this paragraph: “After years of anti-abortion, homophobic, transphobic, misogynistic, and isolationist global policies implemented by Trump officials — and after the lack of coordinated global action from the outgoing administration to address the COVID-19 pandemic — Power must hit the ground running to protect and improve health care and human rights for everyone.”

Given all the accolades that Samantha Power has received much is expected of her on sexual and reproductive rights, health and services matters. Given her prior experience, especially at the UN, unfortunately she is likely to deliver.