In the draft signed by Justice Alito, which intends to annul both Roe v Wade (1973) and Casey v Planned Parenthood (1992), several critical points of the two abortion judgments are highlighted: the Constitution does not provide for a right to abortion, Roe and Casey are anti-democratic (usurping legislative power) and endorse a false freedom. 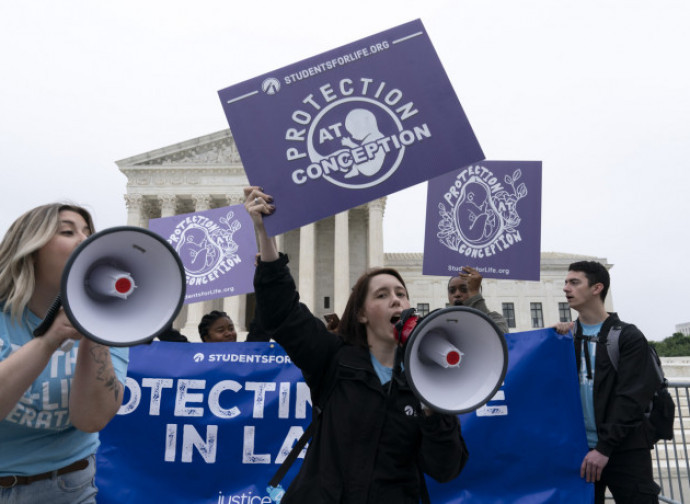 First of a series of two

Let us consider the widely discussed draft signed by Justice Samuel Alito of the United States Supreme Court, which intends to annul both the 1973 Roe v Wade ruling that legalised abortion throughout the country and the 1992 Planned Parenthood v Casey ruling that, in essence, upheld the first ruling. We note that this is a first draft, drawn up in February, which was probably followed by others. The opinion on these two rulings stems from the decision of the 5th Circuit Court of Appeals, based in New Orleans, which deemed unconstitutional the Gestational Age Act of 2018 in Mississippi, which prohibits abortion after 15 weeks of gestation, except in two special cases. Those who opposed the decision of the 5th Circuit Court of Appeals asked that the legality of the Roe and Casey rulings be reviewed for their legitimacy, which the Supreme Court carried out. The litigation before the Court is still open and will close in late June or early July, so both the decision on the Mississippi law and the judgments contained in the draft can still be reviewed.

Let's begin with the decision signed by the five Republican justices: p. 5 “We hold that Roe and Casey must be overruled. The Constitution makes no reference to abortion, and no such right is implicitly protected by any constitutional provision”. To analyse the reasons behind this decision, a preliminary clarification is required. Alito writes in the draft: p. 29 "Our decision is not based on any view about when a State should regard prenatal life as having rights or legally cognizable interests". The Court therefore leaves to the individual States the question of the possible subjective legality of the unborn child and, prior to, its personal status. The two judgments referred to above are unlawful for other reasons which we shall examine briefly here.

The justices in the Roe sentence legalised abortion by relying on the principle of privacy, which was implicitly derived from another principle contained in the Fourteenth Amendment: the principle of liberty. But today's Supreme Court justices, in addition to pointing out that nowhere in the Constitution is the right to abortion mentioned, had an easy time explaining that it was impossible for the writers of that amendment to include abortion in the concept of liberty: p. 23 "By 1868, when the Fourteenth Amendment was ratified, three-quarters of the States, 28 out of 37, had enacted statutes making abortion a crime". The other States enacted similar laws in subsequent years. As evidence of this, the Court, in Appendices A and B, cites extracts from 50 statutes making abortion a crime. Thus, the Fourteenth Amendment does not protect the freedom to have an abortion: p. 14 "When we engage in that enquiry in the present case [concerning the concept of liberty], the clear answer is that the Fourteenth Amendment does not protect the right to an abortion”.

This pro-life legal tradition remained largely intact until the Roe judgment: p. 2 "At the time of Roe, 30 States still prohibited abortion at all stages". Why? p. 29 “There is ample evidence that the passage of these laws was instead spurred by a sincere belief that abortion kills a human being.” The Court therefore maintains that p. 24 "The inescapable conclusion is that a right to abortion is not deeply rooted in the Nation's history and traditions", also because, “On the contrary, an unbroken tradition of prohibiting abortion on pain of criminal punishment persisted from the earliest days of the common law until 1973.  […] “Until the latter part of the 20th century, there was no support in American law for a constitutional right to obtain an abortion. None indeed. No state constitutional provision had recognised such a right. Until a few years before Roe was handed down, no federal or state court had recognised such a right. Nor was there any academic treatise of which we are aware" (pp. 24-25; p.15) that recognised it. This means that in 1973, the Court invented the idea that abortion was a right from scratch because there was no support for it either in the Constitution or in the American common law tradition.

This decision thus appears clearly undemocratic because it is arbitrary, apodictic in its premise: "wielding nothing but 'raw judicial power’, the Court usurped the power to address a question of profound moral and social importance that the Constitution unequivocally leaves to the people. […] The Court short-circuited the democratic process by closing it to the large number of Americans who dissented in any respect from Roe" (p. 40). This impositional attitude is also characteristic of the Casey judgment, which "claimed the authority to impose a permanent settlement of the issue of a constitutional abortion right simply by saying that the matter was closed" (pp. 63-64).

The Supreme Court justices also note that the structure of the Roe decision is more reminiscent of a law than a judgment. Further evidence that the justices are behaving like parliamentarians: "Without any grounding in the constitutional text, history, or precedent, it imposed on the entire country a detailed set of rules much like those that one might expect to find in a statute or regulation" (p. 42).

As we have seen, Roe based the legitimacy of abortion on the concept of freedom, which, however, until then had not been extended to include the right to abortion. The Casey judgment also hinges the presumed right to abortion on the same concept, which - as we read in the text of the judgment itself - corresponds to the possibility of making "intimate and personal choices. At the heart of liberty is the right to define one's own concept of existence, of meaning of the universe, and of the mystery of human life" (p. 30). Alito, however, correctly points out that "License to act on the basis of such beliefs may correspond to one of the many understandings of 'liberty', but it is certainly not 'ordered liberty', which is a basic concept of the US legal system. “Ordered liberty sets limits and defines the boundary between competing interests. Roe and Casey each struck a particular balance between the interests of a woman who wants an abortion and the interests of what they termed ‘potential life’” (p. 31).

This balancing of interests, according to the Court, cannot be left to the Supreme Court, but to local parliaments: “The people of the various States may evaluate those interests differently. In some States, voters may believe that the abortion right should be even more extensive than the right that Roe and Casey recognised. Voters in other States may wish to impose tight restrictions based on their belief that abortion destroys an ‘unborn human being’. Our Nation's historical understanding of ordered liberty does not prevent the people's elected representatives from deciding how abortion should be regulated” (p. 31). Hence the aforementioned final decision “The Constitution does not prohibit the citizens of each State from regulating or prohibiting abortion. Roe and Casey arrogated that authority. We now overrule those decisions and return that authority to the people and their elected representatives” (p.67).