US school massacres: the real problem is not guns

The common response to yet another mass shooting caused by a young gunman is the usual polemic about the right to keep and bear arms in the United States. But it is a reductive view that does not take into account all the factors involved. What emerges is the deep despair in the perpetrators of these massacres, a lack of meaning that drives them to death. This should be the starting point for reflection. 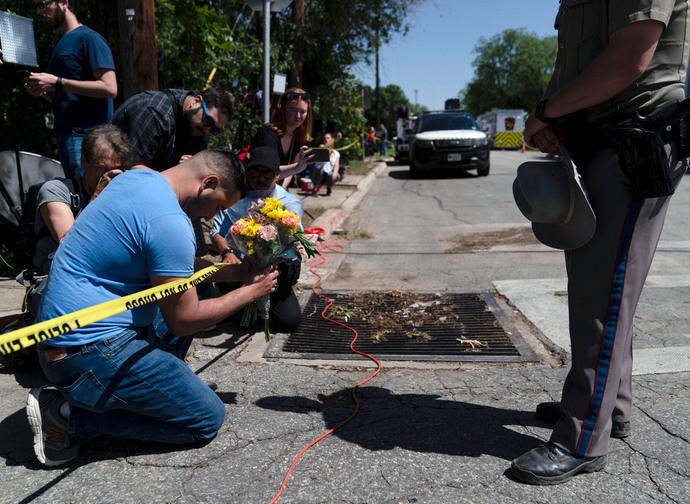 The new massacre of children in Texas at the hands of a heavily armed 18-year-old who broke into the Robb Elementary School in Uvalde, cannot leave one indifferent and makes one wonder what is the cause of the reoccurrence of these mass shootings. Unfortunately, it seems like a pointless ritual that repeats itself with every massacre, after the days of mourning and political polemics nothing changes while waiting for the next shooting.

One of the reasons for this uselessness lies in the fact that one always reacts by taking the answer for granted: it is the fault of the right to keep and bear arms in the United States, and thus it is the arms lobby that prevents Congress from intervening to limit or prohibit their purchase. Since yesterday all the newspapers are full of these analyses that in chorus say the same thing. But is this really the case? Or are there other factors that need to be taken into account and that in the long run are much more decisive than arms?

In fact, the thesis “it is all the fault of arms” is highly reductive, for a number of factors, not least the fact that “it is man who kills, not his sword”, as John Paul II recalled in his 1984 Peace Day Message. It is therefore necessary to look more realistically at human beings, their heart, and their motives rather than at their sword or automatic rifle.

Never mind the fact that personal gun ownership in the United States is rooted in its origins, which places freedom and private property as the foundation of American identity. There are other facts about the spread and use of guns that make one doubt that this is the real cause of the problem. Firstly, the United States is not the only country where there is ample opportunity to keep guns at home. Canada only two years ago set limits by banning the purchase of assault rifles, but even before then mass shootings have been very rare occurrences. In many other countries, moreover, it is very easy to obtain weapons in a more or less legal manner - think, not to stray too far, of Mexico and Venezuela - but there is no such phenomenon even though violence is widespread. Moreover - as an FBI report, published a few days ago and quoted by the BBC says - armed attacks by private citizens have doubled since the beginning of the Covid-19 pandemic. This disproves a direct relationship between gun availability and mass shootings (guns have not doubled in the same period). Rather, it should raise some questions about the consequences of certain pandemic management policies.

Of course, it is undeniable that having weapons at one's disposal makes it easier and more dramatically effective for those who in their hearts have decided to turn their anger on the innocent. But this would be a decisive factor if such massacres were impetuous. That is to say, an immediate reaction to an alleged wrong suffered, as happens for instance in road traffic disputes (killings for being overtaken or for a 'stolen' parking space) or in crimes of passion (a husband who discovers his wife with her lover): in these cases, of course, a weapon at hand makes all the difference.

But the mass shootings we are talking about are carefully planned massacres, meticulously prepared for days and weeks, in some cases even announced on social media. It means that those with these intentions also have plenty of time to obtain the necessary weapons in some way, even illegally. And faced with this determination, even if they had no weapons, they could use another means: for example, they could drive a car at full speed and mow down the crowd at the entrance or exit of the school.

Let us return then to human beings, to their heart, to their mind. What drives such terrible acts? We do not claim to have an exhaustive answer, as the mystery of evil is impossible to fully explore. But we can note certain common factors in most of these mass shootings. The first element is the school, certainly the place most affected: in ten years, since the December 2012 attack on the Sandy Hook primary school (Connecticut) with 27 dead, there have been no fewer than nine school shootings, practically one per year. Most commonly, the perpetrators are former students of the same school, who feel that in that environment they have suffered injustice, accumulated frustrations, discovered themselves to be failures: like Salvador Ramos, the 18-year-old protagonist of yesterday's attack. The 'American dream' has become a nightmare for them.

Another factor, young age: apart from one case, all the protagonists of the school attacks from 2012 to today are between 15 and 25 years old. And all of them had complicated family situations, separated, absent parents, histories of abuse, and obviously also psychological or psychiatric problems. Young, lonely, unhappy, desperate. And suicidal: yes, because each of them either committed suicide after shooting or let themselves be killed by the police. They all killed wanting to die themselves: almost a last, desperate attempt to experience companionship, at least in death.

Controlling weapons; preventing them from getting into the hands of people already flagged for mental problems; preventing extreme manifestations by not abandoning problematic people to themselves, can certainly help to limit the damage, perhaps to avoid some tragedies, but it is still an intervention on the symptoms.

What is necessary, however, is to go to the root of the evil: firstly, there is a need for meaning to live, an encounter that chimes with the true needs of the heart. But this is an increasingly rare treasure to find in a society that presumes to build itself without or even against God. This is what we should reflect on first of all.