UN-aid for Covid is blackmail to advance abortion policies

Ecuador is the first country that has officially bowed to UN blackmail. In exchange for financial aid to battle COVID-19, the United Nations is demanding that Ecuador liberalize its anti-abortion laws, promote gender ideology in schools as well as legalize cannabis and surrogate pregnancies. This shameful negotiation demands attention from the international community. Vatican diplomacy must take decisive action. 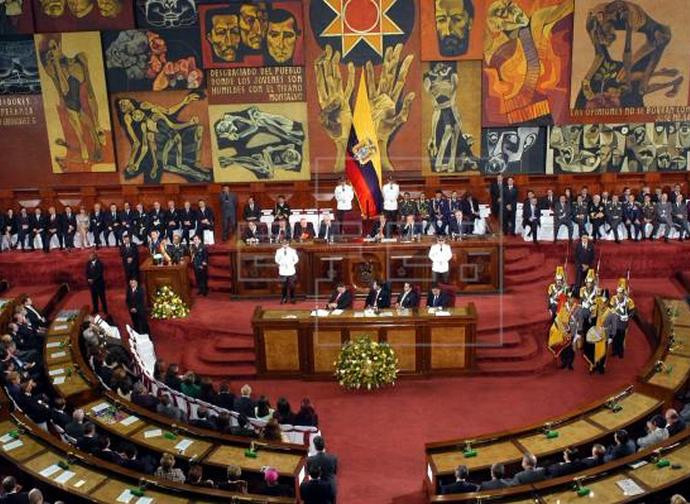 Now there is clear evidence that UN blackmails nations so as to promote an worldwide agenda of pro-abortion, LGBTQ rights, gender education and even the liberalization of cannabis. In particular, this amounts to an ideological colonization of the world’s poorest and most troubled countries. It is even more odious to think that the coronavirus pandemic is being used as a pretext to impose such anti-family and anti-life policies.

Ecuador is, in fact, the first concrete case of such UN blackmailing. It is a country that has seen its parliament bow to UN demands with the approval, in recent days, of a new  National Health Code that includes not only the liberalization of abortion, but new policies on gender ideology and reproductive health in schools, as well legislation to foster medically assisted procreation and to legalize marijuana The UN’s anti-COVID plan for Ecuador, as proposed last April (read here), ordered that in exchange for $46.4M in aid, Ecuador would facilitate  access to abortion, liberalize its medical practice, and introduce sex education to foster 'reproductive health and family planning' (i.e. abortion and contraceptives).

Exactly 434 human rights organizations from 16 countries had reacted to the UN demands, that is, its colonialist blackmail. Together, they publicly condemned the pressure exerted by groups and lobbies to make abortion easier, particularly so during the coronavirus pandemic and by consigning an International Right to Life Manifesto to many others Foreign Ministries in Costa Rica, Argentina, Peru and Ecuador.

The document repudiated the UN’s anti-COVID plan for Ecuador, which required "safe and legal abortion" and widespread education on contraception and gender as a necessary and sufficient condition for receiving international aid. Pro-life organizations instead called for "attention to be focused on public policies that promote human dignity and to put an end to any attempt to interfere with or attack the sovereignty" of countries, in particular by the United Nations and its principle agencies." (read here)

These negotiations seemed to have reached an impasse. That is, until just last Tuesday, August 25, when the Ecuadorian Parliament approved (with 79 votes) the Biological Health Code Bill which, among other things, would open doors to widespread abortion, surrogate pregnancy, cannabis and the teaching of gender ideology to minors in schools. The bill’s text contained 405 articles and will now go to the President Lenín Moreno’s desk for signature or veto, all or in part.

In particular, the text prohibits conscientious objection in 'obstetric emergencies', which means that doctors will be forced to perform abortions instead of presenting an alternative to save both lives (read here). Furthermore, Article 196 specifies that "surrogate pregnancies will only be allowed in cases where there are medical circumstances that do not allow the woman to become pregnant" and that "health service providers must at all times ensure the care and attention of gestational carriers to avoid risks during the processes of fertilization, pregnancy, childbirth and postpartum." As for marijuana, its "medicinal" is now introduced in Ecuador while Article 22 "allows young people, of at least 12 years of age, to have access to contraceptives without parental consent." In addition, Article 115 introduces school requirements to "provide sex education along with gender ideology." To this end, the National Council for Gender Equality will be set up. It  "will develop educational policies and programs for global early childhood development centers and national educational institutions to disseminate information and advise on sexual, gender and reproductive health. The possibility of “gender reassignment for children” is not excluded from the parliamentary bill.

On August 27, Ecuador’s National Family Front issued a harsh press release denouncing a "clear" violation of human rights via the Parliament’s newly approved Organic Health Code. The organization asked President Lenín Moreno to veto many of its articles and requested an urgent meeting with him. "We, as citizens and as members of the National Family Front, are concerned about the obvious violation of our constitutionally guaranteed rights in many articles of the Health Code approved by our national Parliament. We demand that President Lenín Moreno to enforce the Constitution and veto these articles.”

Ecuador’s Bishops’ Conference made its voice heard loud and clear, while respectfully appealing to the president and reminding him that the country’s current Constitution had been approved by popular majority and that it provides for certain guarantees now contradicted by the newly proposed Health Code: the right to life from conception; the right of parents to educate their children according to their own values and responsibility; the right to conscientious objection; the right of a mother to a full and dignified motherhood and, finally, the right to biological and natural sexual identity.

The bishops wanted to make it known that they are well aware of the "political and economic pressures" behind the Health Code’s approved text, but  they trust that President Lenin Moreno knows how to act to protect rights and “integral” human development, while defending the principles, culture, and sentiments of Christians and the majority of Ecuadorians.

By way of actual documentation, since last spring it has been well demonstrated, the extent to which UN-backed aid to poor countries desperately fighting off COVID-19 has been used to advocate pro-abortion policies (read here). The pressure of various lobbies and the blackmail of international institutions is real. Vigorous international reaction is needed. The Holy See should also intervene decisively. Moreover, Pope Francis has repeatedly denounced what he called "ideological colonization" against the world’s weakest countries.

Now, in the face of a smoking gun pointing directly back to the United Nations and its Secretary-General António Guterres, Vatican diplomacy can no longer bury its head in the sand. It must involve many allied pro-life nations with UN  representation to help put a stop to this outrage against Ecuador. A Trump-led United States and  Putin's Russia would stand by the Vatican. The Holy See must take action immediately. It needs to make a move now or forever remain silent.