Ukraine, stop before it's too late

More weapons to Ukraine, more stoking the fire of war, while Russia warns of the risk of World War III. Everyone is excited about the war, talking about negotiations and peace has become taboo. An alternative is possible, but that requires will, and the Ukrainian government must also play its part. 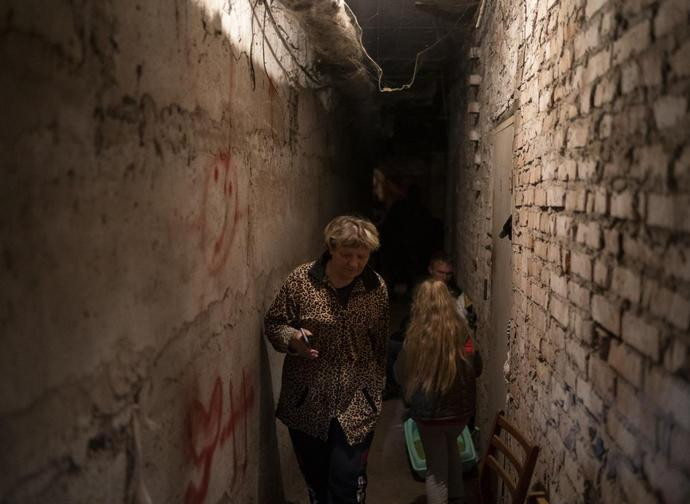 More weapons delivered faster for Ukraine. In a nutshell, this is what emerged yesterday from the meeting of representatives from 40 countries at the American base in Ramstein, in south-west Germany. And it was precisely Germany to mark a turning point in its policy by announcing the dispatch of 50 anti-aircraft tanks to Ukraine. Meanwhile, the British government claims it is legitimate for Ukrainian forces to strike Russian territory with weapons supplied by the UK, after Russian Foreign Minister Lavrov warned of a risk of World War III. And then, in response to the British government, the Russian government stated, by the same reasoning it would be legitimate then for Russia to strike NATO countries.

So far, everything speaks of war, of even more war, people keep fanning the flames, no one seems really willing to find a non-military solution to this conflict. The images of the Ukrainian population suffering and paying for this war only seem to serve to increase the consensus for the decision of European governments to support the Ukrainian government against that of Russia. In fact, there is a strong feeling that Brussels, Washington, and even Kiev, as well as Moscow, don’t really care about the Ukrainian population at all.

This is demonstrated by the attitude towards the refugees fleeing Ukraine who, according to the UN High Commissioner for Refugees, have reached the figure of 5.2 million (13% of the entire Ukrainian population, and could increase to over 8 million). What’s more, the burden of this human mass weighs almost exclusively on Ukraine's neighbours, Poland at the forefront, which is hosting around 3 million. Another half million are in Hungary, 800,000 in Romania, and so on. Yet, Ukrainian President Zelensky never makes any appeals on their behalf or thanks the countries that are doing their best to help them; and not only is no aid being given to these countries from Brussels, but everything is being done to batter Poland and Hungary economically, for well-known ideological reasons (moreover, the patriotism exalted for Ukraine becomes a threat when it is applied to Poland and Hungary).

In any case, the most serious and worrying aspect, concerns precisely the lack of players who have the will and the ability to find a way to bring an immediate end to the conflict. That is, both the parties directly involved and those countries that are connected to the conflict in one way or another. There have already been two months of fighting, destruction, death, and violence, and the prospect is that it will continue for a long time yet, with the risk of the battlefield also expanding. In fact, it should be obvious by now that the war is not a matter between Russia and Ukraine, but rather between Russia and NATO (USA at the forefront), which are playing out their geopolitical game on the ground in Ukraine (for the time being).

It is necessary to decisively reverse course before it is too late. In order to arrive at a negotiation, there are preliminary steps that must be taken, positions that must be expressed publicly. In the meantime, acknowledging the adversary’s motives, which does not mean justifying them, but simply understanding what they want and then identifying where the contenders can come together, the point of settlement of the different interests. Denying that Ukraine is a nation and has the right to a sovereign state, on the one hand, and censoring any position that is not 'Putin criminal' on the other, means precluding even the beginning of a dialogue.

The desired objectives must also be clear. How can one find common ground if it is not clear which goal is being aimed at? In truth, we still do not know what the Ukrainian government’s objective is, what it really wants. Russia's intentions were stated from the beginning: the political objective, the change of government in Kiev, now seems to have been defeated; so too it will be problematic to break Ukraine’s link - or what will remain of it - with the United States; but the military objective is clearly that of taking control of the Donbass and the strip of land that would connect it to Crimea, although a further interest in occupying the strip south of Ukraine to join Transnistria, a Russian-speaking area of Moldova where alarms have already sounded in these hours, is not excluded.

But what about Kiev? At this point what are its objectives? There is a lot of talk about the possible defeat of Russia, but how should this be put into practice? The answer is important because the European Union and NATO support Kiev and it is important to know what its objective is, we have the right to know at least what is being fought for and what weapons are being sent. In some ways the United States has already had its say: to make the war last as long as possible in order to weaken Putin (even for Russia the idea of an immediate regime change seems out of the question). This is a questionable objective, given that it is the Ukrainian population and also Europe that are paying for Washington's interests.

But at some point, be it tomorrow or in a year's time, the conflict will have to reach a conclusion, the parties will have to sit down around a table. So what is Kiev's real goal? To regain control of Crimea and the Donbass? Unthinkable considering the forces on the ground, unless one really wants to unleash World War III, a direct confrontation between Russia and NATO.

To accept that Crimea and Donbass should pass definitively under Russian control, a partition that would create two Ukraines? But then, one wonders, couldn’t and shouldn’t this disaster have been avoided? In any case, an answer is necessary, this continuous refrain shouted left and right, "Weapons, weapons, weapons", is not on,y irritating, it is highly suspicious.

War is not the way to build peace, and what is unfolding before our eyes demonstrates this once again.