UK pro-life: "I was arrested for praying in silence"

On December 6, Isabel Vaughan-Spruce was arrested for praying silently in front of a closed abortion clinic. She will be tried in February for violating the PSPO which recently established a buffer zone around the clinic. "In the last ten years we have assisted over one hundred women", but now the ban "prevents us from being there when women need us most". The Daily Compass interviewed Isabel Vaughan-Spruce. 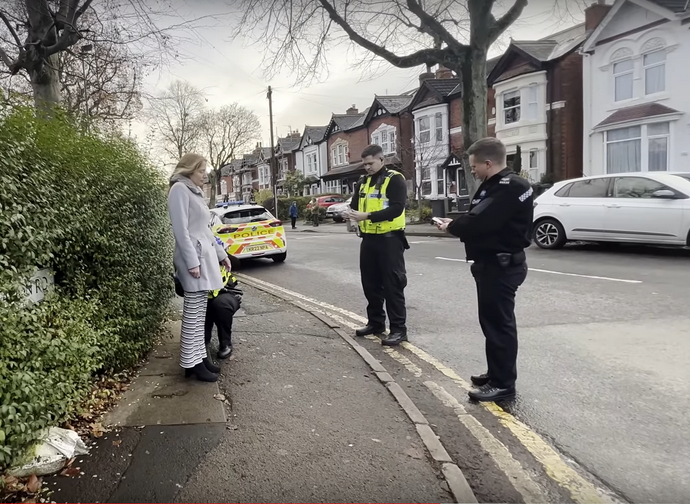 “Once when we were standing outside the abortion clinic, a 19 year-old woman passing by asked us what we were doing. We told her we were here to pray and offer alternatives to anyone thinking of having an abortion if they want it. She said, ‘why weren’t you here last week, I wouldn’t have had my abortion if you had been here?’”

This is Isabel Vaughan-Spruce, a 45 year-old Catholic and Co-Director of March for Life UK, speaking in an exclusive interview with the Daily Compass. Her voice is warm and placid not dissimilar to when she spoke to the police during her arrest last December 6, suspected of praying in silence in front of an abortion clinic. For the police, she was failing to comply with a Public Space Protection Order (PSPO). PSPO’s serve to stop protests or disruptive behaviour within a boundary of 150 metres of a specific location. Last September 7, Birmingham County Council granted the status to a busy abortion clinic in Kings Norton. A member of the public saw Isabel standing nearby and reported her to the police.

The video of Isabel being interrogated, searched and taken away by a team of three police officers has horrified millions of viewers around the world. It has also opened an international debate on the extent to which a democratic State can legitimately restrict free speech, freedom of thought and religious freedom today. In the meantime, Isabel will be tried as a criminal at Birmingham Magistrate Court on February 2, for her private thoughts and silent prayers.

Let’s begin with your arrest on December 6. What happened exactly that afternoon?
On that day, I went to pray outside the British Pregnancy Advisory Service (BPAS) in Robert Clinic in Kings Norton where numerous abortions are performed. It’s not open every day, so I check their website and go there only when I know it’s closed. Someone called the police to inform them I was there and that they thought I was praying. The police arrived to question me and when I said I was not protesting but praying silently in my mind they told me I was under arrest for violating the PSPO and allegedly on three previous occasions. I told them the clinic was closed, had always been closed when I came and therefore it was impossible for me to interact with anyone. First, they searched me, confiscated my keys, phone and tissues and then took me to the local police station. I was put in a cell and later questioned by two officers about my thoughts and what I was praying. After several hours, I was charged on four counts of violating the PSPO and released on bail under two conditions: not to contact a particular pro-life priest I know and not to enter the buffer zone around the clinic. After a few days, the first condition was rescinded.

Is going to The Robert Clinic part of your work for 40 Days for Life in Birmingham?
It is. Before the PSPO was put in place, I organised 40 days of continuous prayer and support outside The Robert Clinic for twelve hours a day twice a year during Lent and in the autumn. Small groups of Christian volunteers, 2 or 3, took turns to pray and speak to women considering abortion or hand out leaflets. In the last 10 years we have provided assistance to over 100 women. We have had women who have left the clinic after taking the first set of abortion pills asking for help because they regretted their decision. We indicate a medical centre where a doctor can provide them with abortion reversal treatment. We warn them it might not be successful but that it’s safe to try. We are there to pray and offer our help to anyone who wants it. The sad thing is this PSPO in Birmingham prevents us from being there for women at the hour when they need us the most.

As long as the PSPO stays in place you cannot actively help women going for an abortion but you still go to the clinic when it’s closed to pray. Why is prayer so central to your work for life?
We believe in the power of prayer. Once we were approached by a Muslim couple who were considering an abortion. They came to the clinic but stopped before going in to ask for information and took a leaflet. Afterwards, we asked them what had made them want talk to us outside the abortion centre. They replied, they had prayed together that morning to encounter an angel to help them. They considered our presence and support as an answer to their prayer. Prayer can be very powerful.

What made you decide to totally dedicate your own life to the cause for life?
It’s because of the damage inflicted on women by abortion. I value every human life from conception to death. There’s no reason today for abortion to be considered the option to difficult situations. Sometimes it’s presented as the only option available which pushes women to the decision to take the life of their child. Women need to be offered real choices that enable them to keep their child. My organisation has helped women and couples with accommodation, counselling, child care, financial support, baby goods, private medical care as well as friendship. When women are presented with an alternative, they usually choose to continue their pregnancy. We also offer support to women who have had an abortion and are hurting.

Pro-lifers are often depicted as fanatics or extremists, is this true in the UK?
In 2018, a government review into the work of pro-life volunteers outside of abortion facilities found that instances of harassment are rare. Every volunteer who joins us must first sign a statement of peace to declare that they agree to behave peacefully and lovingly.  In actual fact, the evidence from 40 Days for Life Birmingham shows pro-life volunteers themselves being physically abused, spat at, threatened and sworn at by locals (not by those using the abortion centre) resulting in the police having to get involved and one man having to do “restorative justice” i.e. write a letter of apology to the pro-life volunteer for the physical assault.

Just a curiosity, who filmed the video of you being arrested?
One of our team was in a car nearby and filmed the interaction. As I mentioned members of our group have been mistreated. We have to think of our own safety. One person might be on the road but another is always close by perhaps waiting in a car for safety reasons.

Are you hoping this could be a test case to block an amendment to the Public Order Bill currently being debated in the House of Lords which would automatically make approaching all abortion clinics a criminal offence in England and Wales perhaps as soon as 2023?
I can’t say anything at the moment about my criminal court case or my line of defence nor about the civil challenge to the legitimacy of PSPO’s. But, it’s paradoxical that  a 2022 poll commissioned by the BBC showed that 15 per cent of women aged 18 – 44 said they had felt under pressure to abort against their will. 2021 had the highest abortion figures ever and yet rather than offering women more opportunities to look at alternatives we see measures taken to clamp down on those who help women in some of the most challenging situations. Not too long ago, a women pushing a pram came to speak to us outside the clinic. She said, “I’ve been wanting to come back here to thank you for what you do. My daughter came here for an abortion and after speaking to you she decided to keep her baby. I am now a grandmother and this is the baby, she’s two years-old now”!