A public hospital nurse is finally free to wear her crucifix to work. Pastry chefs have won the right not to be forced to make cakes with phrases that praise gay weddings. This is the outcome of two British court cases, one by the Labor Court in London and the other by the European Court of Human Rights, which ruled Christians  were discriminated against. 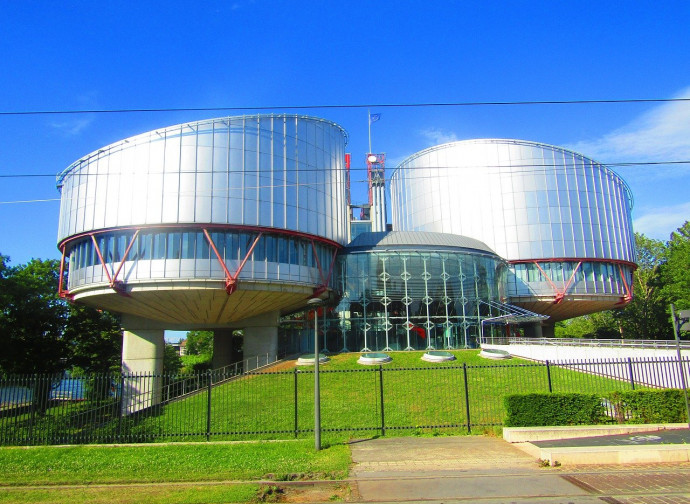 In the United Kingdom, recently, two 'historic' sentences strongly reaffirmed the absolute right to religious freedom and freedom of conscience in both the public sphere and the professional sphere for Christians. Although it proves one should never lose hope, victory was secured only after an uphill battle in London as well as Strasburg.

The first emblematic case is that of London Catholic nurse Mary Onuoha who was removed from her role as a National Health Service (NHS) doctor at Croydon University Hospital in South London in June 2020, after facing years of hostility from her superiors and heads of the hospital itself. Her crime was to have ignored invitations to remove or hide the cross and chain she wore over her white medical coat. Onuoha was first asked to remove her necklace in 2014, 13 years after starting work in the hospital, and later in 2015 and 2016. She was told that wearing a necklace with a cross-shaped pendant was a violation of the hospital Dress Code and Uniform Policy and that if she did not take it off she would face disciplinary action. When Mary Onuoha refused, she was removed from her clinical duties and demoted to various administrative roles, including to the position of 'receptionist', before resigning in August 2020 due to the numerous humiliations and harassment she was subjected to for the 'Cross Necklace' she wore around her neck.

Strengthened by her convictions and with the support of the Christian Legal Center team, Onuoha filed a complaint against the Croydon University Hospital, requesting reinstatement to her position at work, damages for the harassment suffered and full respect for her right to religious freedom including being able to work wearing a Christian cross over her uniform. She argued that the hospital management had violated her right to religious freedom under Article 9 of the European Convention on Human Rights and that the treatment was, “direct religious discrimination, harassment and indirect religious discrimination under the English Equality Act of 2010”. In its ruling, the London Labour Court criticised the hospital for failing to take into account Onuoha's religious rights and for failing to apply their dress code policy consistently, as other nurses wore other symbols on display, including charms, hijabs, turbans and religious bracelets. As a result, he found that her dismissal was "without a reasonable and adequate cause ... because, “there was no proper explanation as to why those items were permitted but a Cross-Necklace was not”.

The ruling noted the importance of allowing Christians to live their faith fully and publicly based on biblical teaching, adding that "preventing Christians from wearing a crucifix in public has been a feature of persecution campaigns" around the world. The UK press was forced to report the case and note the importance of the decision, reaffirmed by the head of Christian Concern and Legal Center Andrea Williams who stated that "the judgement makes it clear that Mary's ordeal resulted in large part from NHS managers’ misunderstanding of the Department of Health guidance on uniforms for its staff… It would be easy to amend the guidance to clarify that the wearing of crosses by medical staff must be permitted. ”

The second ruling of capital importance is by the European Court of Human Rights in Strasbourg which, in rejecting the appeal of a British LGBTI rights leader, confirmed the absolute validity of the UK Supreme Court ruling in favour of the two Belfast pastry chefs who refused to bake a cake that praised gay marriage. The case came to a close on January 6, seven years after Ashers Baking Co., a Christian family-run bakery and pastry shop, refused to write "support gay marriage" on a cake valued at £36. One of Britain's LGBTI rights leaders, Gareth Lee then sued Mr and Mrs McArthur, the owners of Ashers, in 2015, who were convicted of 'discrimination' on the basis of sexual orientation, by the Belfast County Court and by a court of appeal of the same city. However, the brave young pastry chefs Daniel and Amy McArthur refused to give in and appealed the sentences before the UK Supreme Court. On October 10, 2018, the highest court in the United Kingdom agreed with the McArthur spouses by establishing, in a deliberate unanimous judgement, that the refusal of the Ashers bakery to make a cake with a slogan in support of same-sex marriage was not discriminatory. It’s a sentence that protects the freedom of speech and freedom of conscience for everyone, but which for the LGBTI activist Gareth Lee was left worrying for "the implications for the whole gay community".

But when Mr Lee took his appeal to the European Court of Human Rights and lost, LGBTI claims to impose their wishes on Christians collapsed definitively. The Court in Strasbourg recognised that the British Supreme Court had respected the human rights of its citizens in compliance with English law and the European Convention on Human Rights. The appeal was rejected as inadmissible. This is a landmark victory for freedom of expression, religion and business. It might be correct to say ‘never lose hope’, but it’s worth stressing the enormous effort required and the large sums of money that must be spent by Christians in courts all over Europe to guarantee their human rights and freedom of conscience is respected. The sentences are to be hailed, but there’s a need to reflect on the motives for this anti-Christian fury.