Two Europes face off on anthropology and family

The European Commission is beginning to limit the allocation of funds from its multi-year budget only to countries that respect the “new LGBT rights.” Poland and Hungary refuse to accept this blackmail. Indeed, in Hungary new amendments have been proposed for the protection of the natural family and even in Holland there is some opposition. 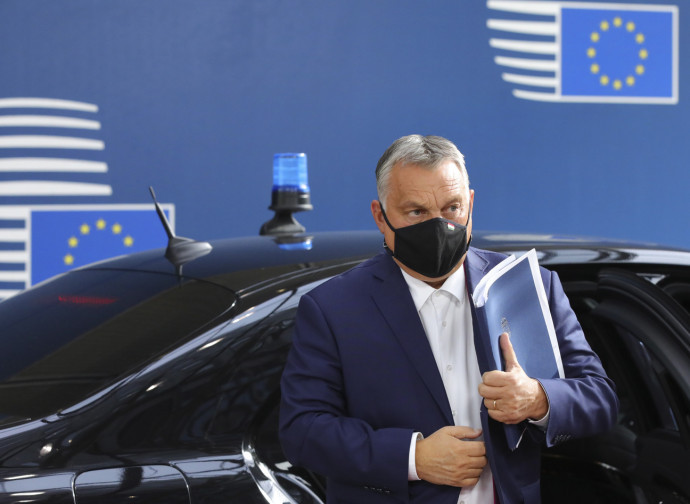 It’s just as we expected. Commissioners Helena Dalli and Vera Jurova have had the coherence and strength to impose their own ideas on a European Commission that is now in disarray: the countries of the EU that do not respect LGBTQI rights will be subject to monetary sanctions and the cutting of funds. We were correct in foreseeing this, but in the last few months no one has averted the liberticidal and totalitarian danger.

Speaking to the daily newspaper Politico on Thursday, November 12, Dalli restated that the Commission has inserted respect for LGBTQI rights (privileges) in the mechanism that will verify compliance with the “Rule of Law” of every country and the related payment of funds from the multi-year budget. In a word, if a state respects LGBTQI persons but considers them equal to any other male or female citizen, it will see its European funds curtailed, or rather, “one does not get a quota that one ought to get if one does not respect the rule of law.”

The European Commission presented its first strategy for LGBTQI equality for the next five years, pledging itself to be “at the forefront of efforts to better protect” the rights of the community, such as: including homophobic speech as a European hate crime, guaranteeing free circulation for LGBTQI couples in European countries and towards third countries, the imposition of reciprocal recognition between European countries of family status and the status of children of LGBTQI couples. These are the novelties presented by the Commissioner and Vice-President Vera Jurova at the press conference presenting the document.

There is a desire to imitate Norway, where in recent days new legislation has been introduced favouring the LGBTQI community, which was already super-privileged in the country, granting among other things the right to self-certify one’s perceived sex. The European Parliament has modified the penal code (which since 1981 provides special protection for lesbian and gay people) and introduced imprisonment for up to one year and monetary sanctions for “hate speech in private environments” against bisexuals and LGBTQI and has increased the penalty for those who disagree with such behaviour in public to 3 years in prison.

Even for this, Poland and Hungary have already announced that they will oppose any conditionality linking funds provided for in the multi-year budget with the verification of the “Rule of Law” (to be understood as increased LGBTQI privileges). They will not be alone in vetoing these regulations which violate the European treaties and national autonomy (in addition to science and reason). There will be fireworks at the next meeting of the European Council on November 19; in effect there are “two Europes” growing ever more distant from each other.

The profound division on human anthropology and on the freedom of peoples and European nations has revealed itself symbolically in the discussions that have been held in recent days in two nations of the European Union. A request for resignation and an internal controversy among the governing majority has broken out in Holland, because Christian and Protestant schools in the country have requested families of their students to certify their convictions about biological and natural sexuality and confirm their opposition to LGBTQI ideology. This of course was the end of the world, and the opposition and left-wing groups in government rallied against the Minister of Education, a member of the Christian Union Party (Protestant Christians) which is part of the coalition government. They demand that he resign or oblige the schools to withdraw their certification, and the battle is still underway, but in view of the political elections of 2021 it is certain that neither the Christian Unionists nor the Protestant schools will yield.

Meanwhile in Hungary, Christian resistance, the defence of biological sex and the promotion of the natural family has increased its weight further; on November 11 Parliament opened discussion of the constitutional amendments for the protection of marriage between a man and a woman. The proposal affirms that “Hungary protects the right of children to self-identify according to their birth gender (male or female) and guarantees an education according to values based on the constitutional identity and the Christian culture of our nation.” It further explicitly testifies that “the mother is a woman; the father is a man.” According to Minister of Justice Judit Varga, who presented the proposal to Parliament, this amendment “provides all children with an education based on the values of Hungarian Christian culture and guarantees the balanced development of the child according to its birth gender.”

The following day, the Orban government presented a packet of omnibus measures to Parliament which establish that only married couples can adopt; unmarried couples can do so only with ministerial permission. Thus there is no possibility of gay adoptions, and serious verifications are made for singles who wish to adopt.

There are two Europes facing each other – an alliance of Christian nations on one side and a conformist elite on the other – but even in the latter countries there is a growing rejection of a totalitarian, liberticidal, and intolerable ideology.