Tropez, a martyr who preferred Jesus to honours

According to tradition, Saint Tropez - also known as Torpetius, Torpè or Torpete - was the head of Nero's guard at the time of the martyrdom (in 67) of Saint Paul, who converted him. The same fate befell him just a year later. The place name Saint-Tropez originates from his cult. His head is kept and venerated in Pisa. 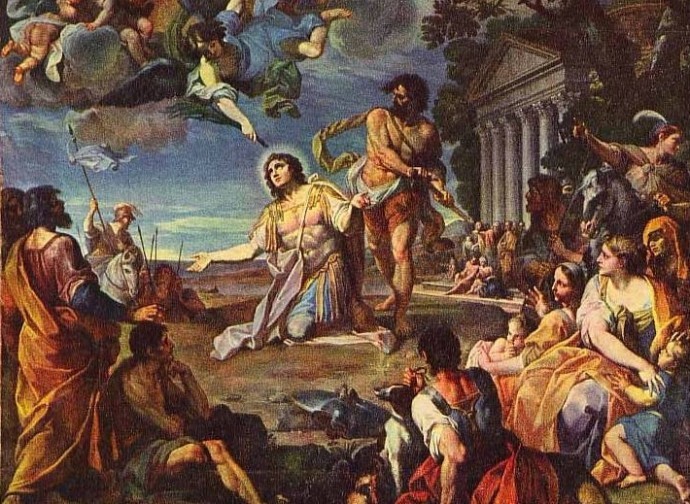 The man sleeps on a bed of damp, malodorous straw. He is alone in his cell and, despite it being late April, it is cold there. The man shivers in his sleep, then wakes up abruptly and pulls himself up, leaning against the cold wall. He has dreamt again of that day, which now seems so far away, when he understood that embracing Christ meant no longer being afraid, especially of death. It seems like a lifetime ago to him, yet it was only the year before, 67 AD. He was still convinced that his life would be long and full of honours; he held an important position - steward of Nero's palace and head of his guard - and enjoyed the emperor's trust. Nero had personally entrusted him with the custody of a dangerous prisoner, a certain Paul of Tarsus, locked up in the imperial cells because he had embraced the new religion. 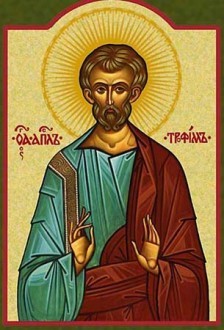 And Torpetius (this is the man's name) had taken the task seriously, even though he felt he was a bit wasted guarding such a harmless man, detained under the regime of custodia militaris, condemned to death by decapitation and awaiting his end without doing much. Yes, because this Paul did nothing that required close supervision. On the contrary, he spent most of his time kneeling down in prayer. From time to time he would talk to him, when Paul started the conversation, through the bars of his cell. In this way he had discovered Paul's hero, a certain Jesus of Nazareth, who had died on the cross some decades earlier. A surprising man, this Jesus, so good with words that he could change the minds of criminals and prostitutes, traitors and unbelievers of various kinds. Sometimes he spoke in parables and you had to make an effort to understand what he meant, but then the revelation of the hidden meaning of his words gave great satisfaction.

Torpetius had fallen under the spell of the story, day after day. He put more and more probing questions to Paul, who was happy to answer them, describing the joy he felt inside when you knew that your one God is always with you; that His Son - himself God but also man - had died for you and that you had to be worthy of Him. In time they became friends and, on the morning of the execution, Torpetius brought Paul the libum (cheese-filled flatbread, see recipe) and they shared that last meal. And so, little by little, Torpetius had embraced that religion, Christianity, which now filled his heart and helped him not to fear death. His own death, which now was imminent. They would throw him to the wild beasts. The same ones the gladiators faced in the arena. Only he would not fight them, but be torn to pieces by them.

And this because the first punishment had not worked: Torpetius had been judged and condemned to die under the whip of the executioner, tied to a pole. The emperor himself had asked him to recant his religion to save his life, but he refused. They had tied him to the pole of infamy and the executioner Satellicus had raised his whip to deliver the first blow when the pole miraculously broke loose from the ground and fell on the executioner with Torpetius still tied to it. They had taken him back to his cell and Emperor Nero had considered the fall of the stake a real personal affront, which is why he had decided that his former trusted man would meet his end by being mauled by beasts, in a great popular spectacle that he himself would witness. He wanted to set an example, so that the people would understand what could happen to any man if he renounced the religion of his ancestors for the legend that was Jesus.

And that day had arrived: the "show" was scheduled for late morning. Torpetius was not afraid. He thanked God for this and also Paul who had opened his eyes a year earlier. The hours passed quickly and they came to collect him from his cell. One of the two men had been at his command and apologised, but he smiled at him and told him that he was dying joyfully, because soon he would meet the Lord. The benches in the arena were occupied by hundreds of people, both commoners and Roman patricians. The emperor was seated in the front row. Torpetius was escorted to the centre of the arena and left there. The guards withdrew and there was silence. Under the tribune a wooden door opened: a lion and a leopard bounded out. The two felines spotted the man and started racing towards him. The silence of the audience was deafening. 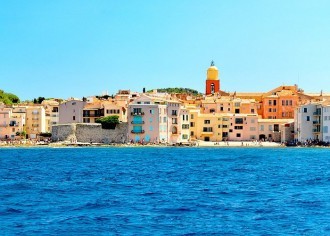 When the felines were halfway there, Torpetius made the sign of the cross: the animals slowed down and as they approached the condemned man, the spectators held their breath in anticipation. The lion and the leopard were now next to the condemned man. He looked at them and they lay down at his feet. The man bent down and stroked their heads. A cry of amazement went up from the crowd and the angry emperor left with his retinue. As he left, he ordered Torpetius to be beheaded. This took place that same morning, by the sea. They cut off his head while he whispered: "Dominus Deus meus, suscipe spiritum meum": it was 29 April 68.

Nero sent his decapitated body to Pisa, where, by order of the emperor, it was placed in a boat with a cock and a dog 'in charge' of its dismemberment (according to a punishment usually reserved for parricides, of which these two animals are symbols). The fragile boat was placed in the River Arno as the east wind blew it towards the whims of the sea. The boat ran aground on 17 May 68 on the beaches of Heraclea, which would later be renamed Saint-Tropez. The cult of Saint Tropez, protector of sailors, has developed throughout the region. Genoa and Pisa have churches dedicated to him. 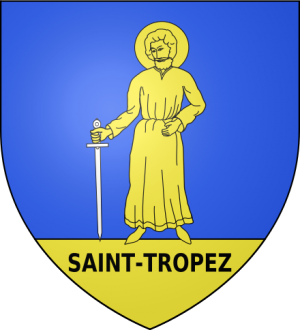 Saint-Tropez celebrates its patron saint with a traditional annual festival called the "Bravade", held on 16, 17 and 18 May, under the town's motto: Ad usque fidelis (Faithful to the end) and paying tribute to the martyr's courage. On 29 April, the date of the killing of Torpetius, also called Torpes or Torpete or Torpè, there is an annual pilgrimage to Pisa where his head is kept and venerated as a relic in a chapel dedicated to him. The small town of Saint-Tropez, located about 70 kilometres from Nice, welcomes tourists from all over the world every year, but despite this it remains a fishing village, albeit a very chic one.

The cult of the Pisan saint is indeed very ancient, as the 11th-century churches dedicated to him show. His importance grew over the centuries, also due to the numerous miracles attributed to his intercession. Among the prodigious signs performed by Saint Tropez, the one of 29 April 633 deserves to be remembered: struck by a very serious plague, the city of Pisa turned to prayers for the saint's intercession and was immediately freed from it. Other miracles are linked to natural disasters such as floods and earthquakes. The life and above all the death of Saint Torpete is an extraordinary testimony of faith, which inspires us and serves as a guide.