"Total opposition" is a political term which originated in the Polish liberal circles which lost the 2015 elections after years in power. Their goal is to provoke social conflict and portray Poland in a negative light abroad. The Daily Compass interviewed Jacek Karnowski, editor-in-chief of "Sieci", to discuss the matter. 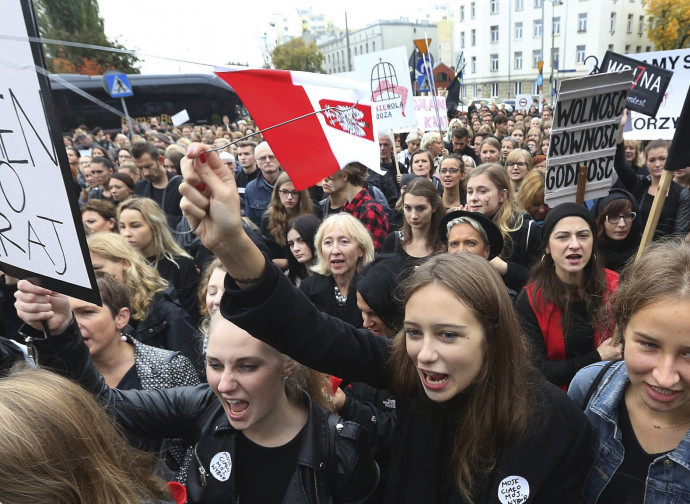 To fully understand political developments in Poland since 2015, it’s essential to start from the role of the opposition, which calls itself the "total opposition.” The Daily Compass has asked expert Jacek Karnowski, editor-in-chief of the prestigious conservative weekly magazine Sieci, to share some of his own insights in order to guide those attempting to follow Polish politics from abroad.

Mr. Karnowski, can you explain why "total opposition" exists in Poland?
"Total opposition" is a term attached to the political circles that lost the 2015 presidential and parliamentary elections. It was coined by the opposition itself, by the then head of the Civic Platform party, Grzegorz Schetyna. They were the liberals that had once dominated the political scene in Poland since the collapse of communism and the country’s democratic transformation in 1989 and who felt threatened by the loss of their dominant position in Poland. For the first time, the Polish political right gained power after a clear and decisive victory with an agenda to change the country. In this political climate the opposition, angry and deeply frustrated, attempted to deny the newly elected conservative politicians rightful power to govern.

These are the kind of Democrats who accept democratic rules only when they win...
Exactly. It is the mentality of certain political parties who assume that it is only they who have the right to govern Poland. If the other parties rise to power,  then that's the end of democracy as far as they’re concerned. That’s why the opposition has done everything to sabotage the government’s work and create, even artificially, social conflicts.

The total opposition use a strategy called "ulica i zagranica", which basically means "home and abroad."
That’s right. On the one hand, any pretext available was used to organise demonstrations at home, within our country; on the other, the opposition has done everything it could to create a negative image of Poland abroad by spreading completely fake news about an imminent threat of fascism. They even asked other countries to intervene.

Who’s part of the "total opposition"?
Above all, it’s made up of political parties, the mass media which before 2015 exerted a huge influence over Polish politics, business circles which had gained financially by colluding with the state and certain political powers that depend on foreign countries, such as various think tanks and parties with international ties, especially in Germany. Then all these entities suddenly felt threatened and launched a huge attack on the government. In December of 2016, an attempt was even made to block the good work being done in Parliament. This was an inconceivable event in our democracy and  was the culmination of this first phase of attack on Poland’s current government. Following this episode, a part of the opposition realised that their course of action was mistaken. But, unfortunately, a substantial group of opponents has already formed and won’t change their ways...

Among the opposition, well-known personalities such as Donald Tusk and Lech Walesa have played key roles. How did this influence the Polish image abroad?
We need to clarify that  it was Donald Tusk who lost in 2015 and, moreover, he left his party greatly weakened, plagued by huge scandals, and with a lacklustre new secretary. As President of the European Council, Tusk should have rule with total impartiality. Instead, he broke all standards and acted politically against his country and for his own political gain.

And what about Lech Walesa?
Outside of Poland, Lech Walesa is seen as the icon of the Solidarnosc movement. He is a historical symbol. Unfortunately, in Poland he’s no longer taken seriously, not even by the opposition. He wants to remain the centre of attention at all costs, but everything he says is preposterous. He launches unrealistic projects and then contradicts himself. Unfortunately, he is used by the opposition to criticise Poland abroad. He remains popular because all foreign journalists feel obliged to interview "the famous Solidarnosc founder." Of course, no one denies his role in the 1980s, but nowadays Walsea has no influence on public life in Poland.

I know many journalists who came out of their meetings with Walesa disappointed or even terribly displeased with him.
That's why today Walesa is a mere remnant of his glory days.

Can you speak concretely about some of the actions taken by the "total opposition"
Since it lost power, every year the opposition finds a new slogan in an attempt to influence the political climate. First, there has been retaliation against some new magistrates in the Constitutional Court, changes imposed by deadlines set by the Constitution itself and after an attempt to block the necessary reform of the judiciary branch of government. Finally, they have made threats about a possible "Polexit" (Poland's exit from the European Union).

We notice that an increasing number of initiatives are being taken against religious culture. Who has vested interest in further dividing Polish society in this sense?
Such belligerent actions can come only from the left. First they desecrate the Blessed Sacrament and then the image of Our Lady of Częstochowa. Now they make parodies of the Mass and "adorn" monuments with their "rainbow" flags. Recently, they wrapped the LGBTQ flag around a monument of Christ the King in downtown Warsaw, a statue which miraculously survived violent insurrections during World War II. Leftist activists constantly provoke police officers, in search of physical confrontation, and sell themselves as victims of the state. All this is an attempt to ruin the image of Polish authorities. Under these circumstances, our government acts very prudently and cautiously. The employ direct force only when necessary. For example, when policemen are purposively attacked. But even so, these people are usually acquitted because our judges are politicised and pander to the leftist agenda.

Recently there has been an intensification of provocations by the LGBTQ movement. Why?
Their actions serve to put our government on the defensive. LGBTQ groups want to push the debate on ideological issues, to create a "substitute argument", to steer debate away which focuses on our social or economic achievements, which have been quite remarkable. They also want to give the impression that Poland’s freedom is in jeopardy – a false threat in a nation blessed with a sort of media pluralism that is the envy of Europe and with a culture of free, completely open debate. Their claim is obviously false, but if it is repeated incessantly, it will be eventually accepted by a part of Polish society and, above all, perceived as a reality by other nations. It is this minority that is the source of tensions in Poland today. It is this minority that strives to intimidate and divide the Polish majority.

But who is rooting against Poland abroad?
Poland has always had problems with its bordering nations. Even today we have neighbours interested in weakening our position. It must be said that Poland is fast growing country. It is no longer the weak nation it used to be. Polish unemployment is among the lowest in Europe. We even have the problem of too few workers, which is why we have given work visas to more than one million Ukrainians who have emigrated here. This means that Poland is perceived by certain European countries as a competitor to weaken. Therefore, our social conflicts are often manipulated from the outside.

Andrzej Duda's second term as presidency now begins. In this five-year mandate, should we expect continuing retaliation from "total opposition"?
In the short term, yes. We cannot count on the "total opposition" to change any of their strategies in the near future. It is difficult for them to admit they’ve acted for years against the interests of their own country. But we must underscore that President Duda's re-election is an extraordinary accomplishment. He was re-elected despite an enormous mobilisation of all opposing forces against his campaign, including the powerful mass media. Duda won with the largest number of votes in history (10.5 million Poles voted for him). This means Duda has a very strong mandate to govern and, sooner or later, even the "total opposition" will have to admit this.