Time reveals the plot to "save democracy" from Trump

Judging by the solid alignment of media, big business and social movements against Trump, you'd think there had been a plot to ensure he lost the presidential election. Ironically, it turns out there really was one and its key players are bragging about it in Time magazine, believing they were acting in defence of democracy. 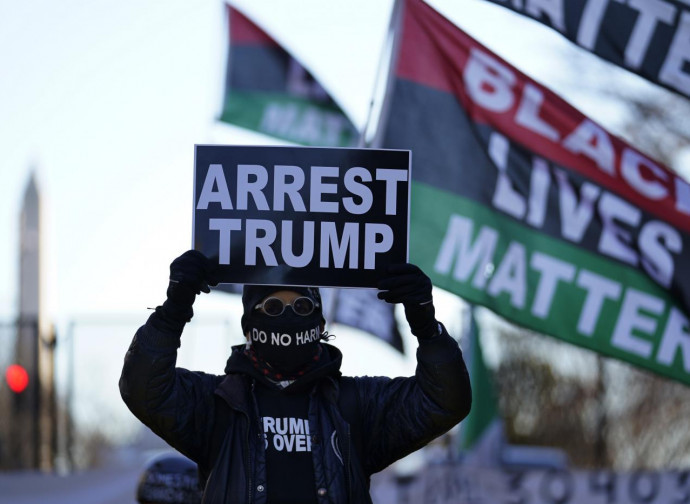 Judging by the solid alignment of media, social networks, business leaders, dissenting public opinion, and every institution of vote control against Trump, you'd almost think there was a vast conspiracy behind Joe Biden's victory.  Indeed, that there was something of that sort is beginning to emerge in all its details, as told by its protagonists to the friendly press. They make no attempt to hide the satisfaction of what they have achieved. With her long-form Time magazine article “The secret history of the shadow campaign that saved the 2020 election", journalist Molly Ball (Speaker Nancy Pelosi's biographer) describes what happened in detail, while gathering testimonies from all key figures in the plot.

According to Ball’s thesis and the persons she  interviews,  it was Trump who tried to rig the election. Nevertheless, the combined efforts of men of good put a stop to his authoritarian attempt. However, what we read (not even too far between the lines) is that the exact opposite occurred. We learn from her article that there had been a coordinated effort to stop Trump, that lasted well over a year starting in the fall of 2019. Because it was impossible to determine a priori whether the president would then try and rig the election, what emerges is simply a collusion between labor unions, business owners, media, big tech and civil rights protesters with one of the two parties: the Democrats. Powerful and diverse political and economic interests had acted in unison,  and all against one candidate.

As Ball  emphatically writes, "their work touched every aspect of the election. They got states to change voting systems and laws and helped secure hundreds of millions in public and private funding. They fended off voter-suppression lawsuits, recruited armies of poll workers and got millions of people to vote by mail for the first time. Who exactly is this "they" she refers to? Right at the  center of the plot, according to Ball, is an AFL-CIO (America's largest labor union) strategist named Mike Podhorzer, who served as an advisor to the AFL-CIO president.
Since September 2019, Podhorzer allegedly began creating a network of influential political actors to foil  the “two most likely outcomes" of the elections, namely the possibility that Trump would lose the election and not admit it  or that he would win it through the Electoral College (despite losing the popular vote) by corrupting the voting process in key states." The scenario of a genuine Trump victory wasn’t even considered. When seen in this light, the plot seems like contingency plan to avoid a Trumpian coup. Yet a political party that prepares contingency plans one year in advance is, often, if not always, the party that is actually preparing the coup. Every political takeover in history, in fact, has been conducted with the best of intentions: to undermine the enemy's coup.

The network Podhorzer put together included powerful leftwing actors: "the labor movement; the institutional left, like Planned Parenthood and Greenpeace; resistance groups like Indivisible and MoveOn; progressive data geeks and strategists, representatives of donors and foundations, state-level grassroots organisers, racial-justice activists and others."

Social network giants, like Twitter and Facebook, were involved in the plan since its inception in November 2019. This is when Mark Zuckerberg (Facebook) and Jack Dorsey (Twitter) met with progressive activists to strategise against "fake news." Laura Quinn, who is referred to in the article as a "a veteran progressive operative who co-founded Catalist, (and) began studying this problem a few years ago. She piloted a nameless, secret project, which she has never before publicly discussed, that tracked disinformation online." The mastermind behind the censorship strategy is none other than Laura Quinn.
In fact, Quinn says, " When you get attacked, the instinct is to push back, call it out, say, ‘This isn’t true.'..But the more engagement something gets, the more the platforms boost it. The algorithm reads that as, ‘Oh, this is popular; people want more of it.'” Then the solution is "to pressure platforms to enforce their rules, both by removing content or accounts that spread disinformation and by more aggressively policing it in the first place."
Armed with such arguments, among the lawyers who dealt with Zuckerberg and Dorsey was Vanita Gupta, president of the Leadership Conference on Civil and Human Rights and currently co-opted by the Biden administration. We've seen how this mechanism works in practice: Trump's account was suspended, news reports were deleted, and any questions concerning electoral fraud were censored by social networks. Then there were persistent notifications from zealous "independent fact checkers" who dispute anything users write in favour of Trump.

In this plan, the Covid pandemic provided the pretext for changing the voting system, albeit without introducing real legislation. In Podhorzer's network, Amber McReynolds, who heads up the National Vote at Home Institute, was instrumental in getting the expanded vote-by-mail system accepted by all citizens, regardless of their motivation. The system has been embraced by 37 states and the District of Columbia (the U.S. capital). The battle was also a legal one, as Republicans immediately tried to challenge it. But Democratic lawyers who were complicit with leftist local governments, prevailed in the end. The mail-in ballots, which the Time article presents as a "revolution," affected half the American electorate. And if there is one type of vote that cannot be controlled, it is mail-in ballots.

Most importantly, however, the Black Lives Matter movement was decisive in many ways. First of all, because it allowed the mobilisation of many activists, who became poll workers, scrutineers and provided unspecified services. “They created a force of ‘election defenders’ who, unlike traditional poll watchers, were trained in de-escalation techniques." Perhaps the Republican slate of representatives who were forcefully removed from polling stations know something about this. But it  was following the violent Black Lives Matter riots that Podhorzer believed he had gained "a strange ally," namely the business owners registered  in the Chamber of Commerce.
According to the union strategist, they had surely formed "an alliance of labor and capital" to safeguard voting regularity and to ensure social order.  Yet, what we read is more about the success of intimidation: "With tensions running high, there was a lot of concern about unrest around the election, or a breakdown in the normal way we handle contentious elections," said Neil Bradley, Executive Vice President of the Chamber.

We also read that "more than 150 liberal groups, from the Women’s March to the Sierra Club to Colour of Change, from Democrats.com to the Democratic Socialists of America, joined the “Protect the Results” coalition. The group’s now defunct website had a map listing 400 planned post-election demonstrations, to be activated via text message as soon as Nov. 4. To stop the coup they feared, the left was ready to flood the streets." It is odd to consider how interviewees judged the media’s coverage (visibly biased) of the presidential elections: "Fox News surprised everyone by calling Arizona for Biden (when only 40% had been counted). The public-awareness campaign had worked: TV anchors were bending over backward to counsel caution and frame the vote count accurately." Such judgment makes no sense, unless we understand it in light of mass protest plans: evidently, the media also feared destabilisation. If they had announced a Trump victory, they would have raised hell. Is this really a way to "save democracy"?