The only thing that is certain about the next early elections in Israel, the fourth in two years, is the date: March 23rd. Otherwise, 2021 already looks like a year full of uncertainties. First and foremost: will Iran follow up on its threats against the US? 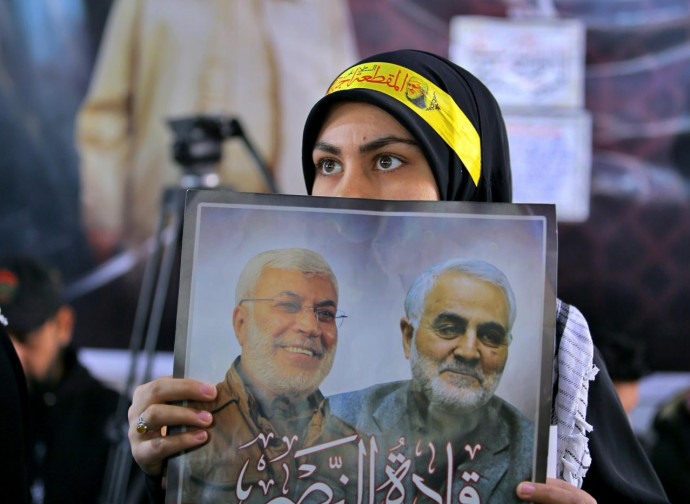 Only one certainty marks the beginning of 2021 in the Middle East - new general elections on 23 March in Israel, the fourth in two years! In the midst of so many political uncertainties felt throughout the area due to the legacy that US President Donald Trump is bequeathing to his successor Joe Biden, there are also military uncertainties due to Iran's announced retaliations against the United States and its long-time enemy Israel (which could even be imminent). These political and military concerns overlap with the widespread health emergency of the fight against Covid 19, the pandemic with bizarre, unknown, and lethal characteristics.

The imminence of Iranian revenge is linked to the first anniversary of the killing of an eminent personality of the Iranian regime, General Qassem Soleimani, at Baghdad airport on 3 January last year. It was attributed to the United States, which allegedly was responding in this way to the siege of its embassy in Baghdad by pro-Iranian militiamen. In fact, it was the latest retaliation (with a missile fired from a US drone) in a series in which both sides were responsible.

Soleimani, for 22 years at the head of the “Quds Force” of the Iranian Revolutionary Guards, had been the inspirer and architect of his country's increased influence in various nations in the region - Syria, Iraq, Lebanon, Yemen, Gaza Strip - thanks to the constitution or conversion of local Shiite militias, bound by bonds of loyalty to Tehran. These fighting forces have proved to be important in the escalation of the age-old conflict between Sunni and Shiite Muslims and their regimes, which is also coinciding with the intrusion of two other powers, Russia and Turkey, into the area.

Not only that, but on 20 November, the physicist Mohsen Fakhrizadeh, the father of Iran's military nuclear programme, was also eliminated in an attack in his homeland. These are two symbolic figures, exalted by the regime - in particular at their solemn funerals - and highly regarded by its supporters, who are now hard-pressed by the expiry of Donald Trump's presidential term to give credibility to their indignant reactions.

On 8 May 2018, Trump had not only withdrawn the United States from the agreement on the international control of Iranian atomic activities and facilities (entrusted to the UN Atomic Agency and known by the acronym JCPOA - the Joint Comprehensive Plan of Action - signed on 14 July 2015 by the previous US administration together with China, Russia, France, the United Kingdom, Germany and the European Union), but had also reinstated tough sanctions on Tehran.

Last month several events heightened tensions: on 18 December the American Chief of Staff Mark Milley went to Israel for consultations; two days later Iranian missiles fell on a US compound in Baghdad; on 24 December Trump said he would hold Iran responsible for any attack on American citizens or soldiers even if carried out by Shiite militiamen; the following day Israel put its Armed Forces on high alert. On the other hand, Yemeni Shiite militiamen have tightened their control over the Bab el-Mandeb Strait, through which merchant ships coming from or going to the Suez Canal pass. And in Berlin, a terrorist attack planned for Christmas by a young Syrian Shiite Muslim was foiled.

So many inferences and hypotheses have been foreshadowed about the possibility, scope and characteristics of a conflict in these early days of January. “Trump is ready for war” was written by those who gave news of the strengthening of the US naval presence in the Persian Gulf with the arrival of a nuclear submarine, and of the air base of Diego Garcia (Indian Ocean) from where B-52 bombers would move against Iran. On the other hand, Iranian incursions against oil installations in Saudi Arabia, the United Arab Emirates and Bahrain have been taken for granted. The latter two Gulf countries, thanks to Jared Kushner, Trump's son-in-law, have recently signed the so-called “Peace of Abraham” with Israel, in an anti-Iranian key.

A historic breakthrough, not least because it involved two important Arab countries in Africa, Sudan and above all Morocco. And it could perhaps have involved other Sunni countries, worsening the rift in the Islamic world in an anti-Iranian key, if Trump had won the elections. In the meantime uncertain developments are beginning to be foreshadowed on the Middle East scene with Joe Biden, who, it is said, intends to reactivate the policy of Barack Obama, of whom he was vice-president for eight years, distancing himself from Israel and resuming dialogue with Tehran, after having lifted the new sanctions.

With the risk, however, of deteriorating relations that have always been friendly, strategically vital and economically significant, with important Arab countries (Saudi Arabia has warned Biden, through Prince Turki Faisal, former head of Intelligence, “not to repeat past mistakes and shortcomings”). In the scenario of uncertainties, there are also those who hypothesize that Biden could once again play the “Palestinian card”. Not at all easy, however, because he cannot ignore Israel and there is a real risk that it will still not lead to any agreement.

In fact, the legacy of disappointments left by the Palestinians (and by Yasser Arafat in particular) to the American presidents, both Democrats and Republicans, is eloquent. In the past, they have been deeply committed to playing the “Palestinian card” after having neglected the “Arab-Israeli card” which had been marked by the peace treaties between Israel and Egypt (1979) and between Israel and Jordan (1994).

These are the uncertainties that Joe Biden's arrival in the White House is creating, uncertainties that may exacerbate tensions, positions and prospects not only in general in the area, but also within Israel. The alliance between the two main centre parties, Benjamin Netanyahu's Likud and Benny Gantz's Blue and White, has been dissolved due to their inability to approve the State budget within the strict deadlines set, and despite the attempts of the leaders to save the coalition by renewing the commitments to alternate leadership of the government. When checking the majority it was noted that two MPs from the first and three from the other party had disappeared from view. A couple of votes against did the rest.

In effect, the coalition imploded, the rebellious MPs of the two parties wanted it to end, perhaps because some were disappointed by Gantz, others were impatient with a Netanyahu in power for eleven consecutive years. According to the first polls, Netanyahu may be scaled down by a competitor from his own party, but may still be the victor in the end. Benny Gantz, it is said, would fare worse. We shall see.