Those who hope for peace by preparing for war are deluded

In times of tension it is always said that "if you want peace, prepare for war". But it’s not the way; experience shows that those who prepare for war never achieve peace, at most a truce. We must change our attitude and prepare for peace instead. And for Christians, the model is the one explained by Metropolitan Antonij of Suroz. 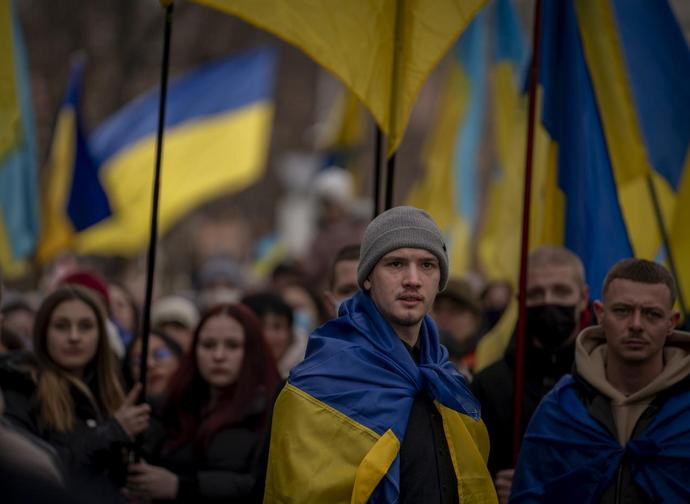 We do not know how the Ukrainian crisis will end: whether the West will eventually tolerate and accept the fait accompli of a dismembered Ukraine, leaving sanctions in place as a façade; whether Russian President Putin will really aim to reach Kiev as is feared in London and Washington; whether the war will spread to Europe and beyond; whether Russia will instead return to its borders after obtaining the desired assurances. We don't know, and at the moment it is also difficult to predict. But we should have understood how equivocal and dangerous is the "diplomatic" formula that is repeated like a mantra every time there is tension: si vis pacem para bellum, if you want peace prepare for war.

Preparing for war is exactly what we have witnessed in recent months, just to keeping to the most recent news; but the Ukrainian crisis has lasted for years, with ups and downs, and it is for years that war is being prepared. On one side and the other, in a crescendo of provocations, flexing of muscles, threats and alarms. All these things we obviously also record, comment on and analyse, but we cannot stop there. Obviously everyone has their own reasons, which are rooted in history, in strategic interests, in economic needs. Reasons that are amplified by propaganda, which reaches us in the form of cheering: there are those who see Putin as the devil, and those who see him as the saviour, the same goes for the United States and the European Union (and often the real interests remain hidden).

But the fact is that by dint of preparing for war, it is inevitable that war will eventually come: low or high intensity, but it will come. Because preparing for war is not just a matter of equipping oneself with a deterrent force to discourage possible attacks by ill-wishers. It is to identify and consider the other as an enemy, and if he is not, to make him an enemy; it means interpreting the other's words and gestures always in the sense of bad intentions; it means amplifying any wrongs suffered so that everyone is clear that the other is really bad; and at the same time belittling or questioning every pacifying gesture or word. This means to be in a permanent state of war, to make it grow until it can lead to open war. It happens in relations between states as well as in personal relations.

Preparing for war never leads to peace, at most to a precarious equilibrium, to a temporary armed truce of unpredictable length. At the time of the Cold War, there was talk of a “balance of terror”, i.e. a peace between the atomic superpowers - the United States and Russia - guaranteed by nuclear weapons, which obviously discouraged waging war. It will be said: the Cold War has in any case guaranteed a long period of peace and prosperity and prevented a new world war. But this is not correct: there was no war fought on European soil, it is true, but in the world in the second half of the 20th century there were numerous bloody wars “by proxy”, in Africa and Asia above all, where the Soviet Union and the United States (and also the Republic of China) faced each other by financing and arming the opposing factions (leaving aside the direct intervention of the United States in Vietnam).

If you really want peace, you have to prepare for peace, si vis pacem para pacem. It does not mean unilateral disarmament; it does not mean renouncing deterrence, or the defence of one's own borders and interests, quite the contrary. But we must act truly convinced - as Pope Pius XII said in his famous radio message of 24 August 1939 - that "nothing is lost with peace, everything can be lost with war". In recent decades we have had repeated proof of how true these words are.

In the course of the centuries, histories that constitute the identity of peoples have become rooted, borders have changed several times, giving rise to difficult situations and complicated coexistence (just think of the northern and eastern borders of Italy to get an idea), and mutual wrongs and rights have accumulated, engraved in the DNA of nations. Whenever there are tensions, those who want war have a good time stirring up some detail of their own history and arousing the resentment of their own. Those who truly want peace must first understand the other's reasons, needs and interests. If one wants peace, one must try to reconcile the different interests. In some ways this is what happened after the Second World War in Western Europe, when the seeds of a European Union were sown precisely by creating an area of common economic interest. It is not an easy task, but this is the way.

If this is possible even if only by using reason, there is for us Christians a deeper understanding of this mystery, a glimpse of the truth of all men and all peoples that we must learn and bear witness to. And that is why prayer is important. It is a look and an attitude very well expressed by the words addressed by Metropolitan Antonij of Suroz to his faithful after the Soviet tanks had bloodily repressed the "Prague Spring" in 1968. These words were reported by the magazine La Nuova Europa, and we quote some passages from them (here is the full text):

"Our Christian conscience perceives the word of God, or more precisely the figure of Christ himself, who became man, entered our world, sought neither glory nor virtue, but became brother to the oppressed and sinners, once again rising up tremendously, demanding. (...) And here we find ourselves before an image that we find very difficult to understand and even more difficult to put into practice: the image of the One who wanted to be united both with those who are right and with those who are guilty, who embraced everyone with a single love, the love of the sufferings on the cross towards some, and the joyful, though still crucified, love towards others.

Now the image of wrath stands out in the consciousness of many, and in this image some are chosen and others excluded; in the experience of justice, understanding and compassion, human hearts choose some and curse others. But this is not the way of Christ, nor is it our way: our way is to hold one another in one love, in the knowledge and experience of horror; it is to embrace them not with understanding but with compassion; not with condescension but with an awareness of horror in the face of injustice, and of the cross in the face of justice.

People often wonder: what can we do? (...) We can stand before the Lord in prayer, the prayer that the starets Siluan spoke of when he said that praying for the world is like shedding blood.