This is Why Jihad is Winning in Africa

For the last two months there has been an increase in Islamist attacks in Africa, despite 18 years of military efforts, including Western intervention, to defeat the terrorists. At fault is poor governance, corruption, and tribalism that all hinder the development of Africa. The United States has given up and has abandoned the continent. 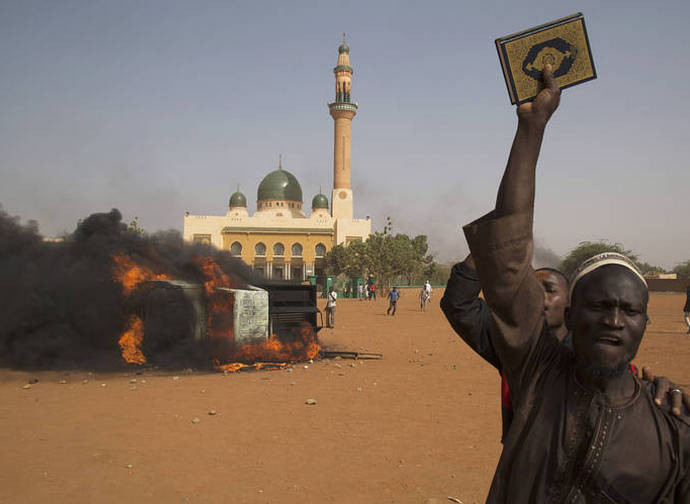 Since last December in sub-Saharan Africa the Jihadist groups linked to al-Quaida have intensified their activities. In Eastern Africa al-Shabaab has carried out five attacks in Mogadishu, the capital of Somalia, and three attacks in neighboring Kenya, including one at a military base. In Western and Central Africa the countries most attacked are Nigeria, Niger, Mali, and Burkina Faso.
In the climate of alarm that this wave of attacks has created, right before Christmas the United States announced that it intends to withdraw its troops from Western Africa: 6000-7000 soldiers for the most part committed to sub-Saharan Africa and 500 special forces deployed against al-Shabaab in Somalia.

The announcement was made by Secretary of Defense Mark T. Esper. The principal mission of American troops, he explained, is to train and assist African security forces in their battle against jihad. But in this case the US is evaluating whether it should fight against armed groups who have no ability or intention to attack the United States on its own territory.

The most important thing, the Secretary of Defence clarified, is that it has become a priority for the US to end “18 years of anti-terrorist activities in regions infested by militias and fighters where thousands of American military personnel operate in the effort to maintain a minimum amount of stability without real possibilities for definitive solutions.”
President Donald Trump has often promised to end “endless wars,” and the anti-terrorism effort in Africa has effectively proven to be an “endless war” without “prospects for lasting solutions” despite the huge investment of financial, technological, and human resources placed at the service of the international community.

Since 2001, when the USA began its first anti-terrorism operations in Africa, certain problems became apparent (that are still unresolved) that hindered and contributed to the failure of the battle against jihad: large uncontrolled territories, open borders, political instability, ethnic and religious conflicts, and, above all, an omnipresent and unrestrained corruption.

Corruption and misgovernment are the obvious key factors in the failure to stamp out terrorism. Millions of dollars earmarked for military equipment and training have been systematically grafted, leaving troops not only depleted but also demoralised and unmotivated. But what contributes to jihadist groups winning sympathy and adherents in these countries, both Christian and Muslim, even more than poverty and unemployment, is ostentatious waste, the neglect and hoarding of national resources by government leaders (evidence that they consider themselves to be above the law), their violations of human rights, the true injustices they create among the people, above all among the young, and the widespread attitudes of mistrust, resentment and frustration.

Tribalism and illegal activities are also strictly interconnected with the corruption: kidnappings, trafficking of immigrants, drugs, weapons, jewels, and poached animal products....Tribalism favours jihad by strengthening the sense of religious identity. The illegal and criminal activities finance it. The failure of the state to guarantee fundamental rights, services, and security, in addition to creating large social and economic inequalities, creates a void that the jihadists profit from.

Thus military interventions can at most contain Islamism, but by themselves they are not enough to defeat it, most of all because they depend in large part on foreign resources. After 18 years of interventions – by regional military forces, peacekeeping missions from the UN and the African Union, American and French military operations – the principal jihadist groups are still active and others have been launched.

The case of Boko Haram is emblematic. “Technically defeated” in 2015, when it was forced to retreat from the territories and cities it had conquered, it divided into two groups: the smaller Jas group, led by its historic leader Abubakar Shekau, has its base in the Sambisa forest; the Iswap group, linked to Isis, led by Aby Musab al-Barnawi, has reorganised along the rivers and islands of Lake Chad, where it is creating a true and proper proto-state. By pledging itself to filling a void of governance and administration, it has won influence and support among the people who have been abandoned and are without basic services and infrastructure in a way that Boko Haram never succeeded in doing.

Although Iswap’s methods are often violent and authoritarian, it offers the inhabitants of the region more than they can receive from family structures and their respective governments. It protects against cattle theft, constructs wells, guarantees enough order and safety so that the people can work and lead a social life, and even ensures basic health services. The lake communities appreciate it and are willing to pay a tribute, since in exchange they receive concrete support.

Eradicating Iswap and other jihadist groups will not be easy. The United States has understood this and intends to leave the burden of doing it to others.