"The world should know that my brother wants to live"

They are killing a conscious disabled man: «At Christmas when he saw us he started to cry and his eyes followed our every movement. But after we went to court to save his life, they won’t let us visit him anymore». This is what RS's sister has to say about her disabled Polish brother whom the British health and legal system has left to die of hunger and thirst. 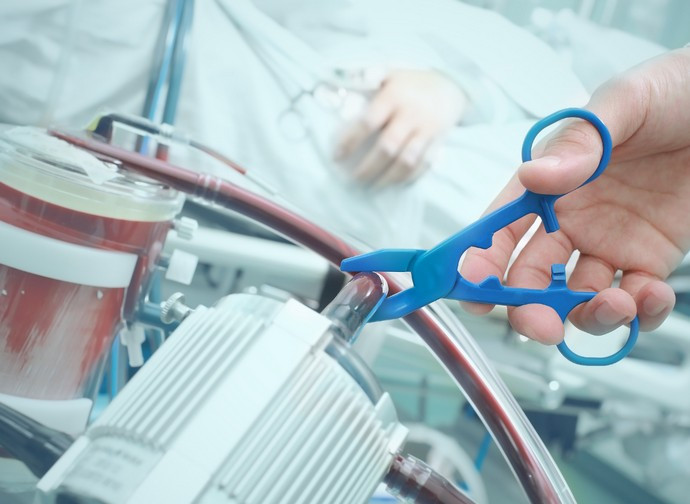 “The world should know that my brother wants to live.” “I can’t believe it’s legal to kill someone in this way.” Between stifled tears and apologies for her level of her English, RS’s sister who lives in England spoke to the Daily Compass on the phone about the wretched story of her brother’s life, since he suffered a heart attack last November.
Several times the phone went silent, I could hear her daughter, RS’s niece, comfort her mother when she was overcome with emotion. Her testimony describes a cruel and inhumane legal system which the U.K. medical profession claims operates compassionately in the “best interests” of patients in end of life cases. Instead, RS’s sister says she still “can’t believe it is legal to kill someone in this way” and she “intends to continue fighting as long as there is hope”.

The University Hospitals Plymouth NHS Trust has said your brother is deteriorating rapidly, do you know what his medical condition is at the moment?
I cannot say I do. We no-longer have direct access to my brother nor are we allowed to see his medical documents. The NHS Trust communicates with our lawyers and they send me an email to tell me what decisions have been made for my brother’s life. The doctors decide what information we are allowed to know. Covid restrictions prevent hospital visits, but in the case of end of life patients the restrictions are wavered so family members can say goodbye to their loved ones. As soon as we began legal proceedings to stop RS being put to death, the doctors told us this was no-longer an end of life case so Covid restrictions now applied to us. We can no-longer visit him. The restrictions do not apply to his wife because she has agreed this is an end of life case, but we don’t know if she does go to see him or not.

When was the last time you saw your brother?
We visited him on Christmas Day. It was heart-breaking. His life sustaining fluids, water and nutrition had been disconnected just the day before. When he saw me and my children enter the room, he began to cry. We managed to calm him down by talking to him and reassuring him we would do everything in our means to help him. He gradually stopped crying and looked at us.

Does that mean he could hear you and understand what you were saying?
He could definitely hear and understand us. At that moment he was trapped in his body, but his eyes followed our every movement, even as we moved from one side of the bed to other he made eye contact with us. My brother wants to live. I don’t understand why they want him to die.

Why have you have fought so hard to save RS by appealing in the British courts and to the European Court of Human Rights (ECHR)?
I want to save my brother, his mother and his sister who live in Poland do too. I don’t understand why the NHS Trust is so determined to let him die. Even the Polish government came to his defence. They offered to fly an air ambulance to the U.K. to bring him back to Poland for treatment without any cost to the UK. Yet they still won’t release him. He is a foreign citizen in this country, he could go home, without incurring any costs and it would be a burden less for the NHS, but they won’t let him go, they want him dead. I can’t understand their logic. We saw that he wants to live and this is the saddest thing of all. We are fighting for him to live his life and we will fight to the end.

Have the doctors at least been compassionate and understanding about your desire to care for your brother?
After five days in a coma, my brother began to improve, he opened his eyes, but the doctors were already telling us he was an end of life case. They didn’t want to wait to see if he would improve. They told us we had no choice in the medical decisions to be made in his “best interests”. They have told us our behaviour is unethical because we are causing him more stress and pain by refusing to let him go. The truth is they never wanted to give him a chance. I can’t say there was any compassion for RS or us. It was as if the doctors had a job to do and we were in their way.

Has the Polish government indicated they might take further action in the case after the ECHR rejected their appeal?
Our family is very grateful to the Polish government for their support. Even the Polish Consul General tried to visit my brother to ensure his rights were being respected. There was a court hearing on January 18 brought by the NHS Trust to stop the Polish Consul General from having access to RS. The Polish Consul General wanted to arrange for my brother to be visited by a Polish doctor for a second opinion. Even RS’s wife had told the Polish Consul she was in agreement with the request for a second opinion by Doctor S, but Mr Justice Cohen ruled in favour of the NHS Trust. He said additional visits would not be in RS’s best interests at this stage. RS’s situation has attracted considerable publicity in Poland. The papers and television stations have spoken regularly about the case and have shown photos and video footage of him. Poles are shocked this is happening to one of their citizens in the U.K. I hope our government will decide to intervene once more with a direct Inter-State Application against the U.K. That could save my brother and protect Poles abroad in the future. By saving one life they would save many lives.

Time is running out, have you given up hope of saving your brother's life?
No, we have not given up and we won’t give up as long as he is alive. Everyday, I pray to Saint John Paul II to give me strength and help us all to resolve this situation so my brother can live his life to its natural end. My brother once met Saint John Paul II in a private audience at the Vatican. He always kept the photo of that meeting on display, he was very proud of it. I get my strength from my Catholic Faith. Of course, I hope the ECHR will agree to our latest appeal asking for RS’s case to be heard by another judge. I am praying for that too. I have also put my hope in the Polish government which claims to be pro-life, that they will take action to prove they really are as pro-life as they say they are. Lastly, my brother gives me hope because he is fighting to stay alive and wants us to fight with him and for him. I won’t give up as long as there is life in him, but it breaks my heart.