The virus does not stop wars, but reduces military spending

The Coronavirus pandemic has not stopped the bloodiest conflicts, such as ongoing fighting in Libya and Afghanistan. The collapse of economies is likely to trigger greater antagonism between countries. Meanwhile, the scarcity of resources seems to demand cutting military spending, as South Korea has done. However, this is a choice that could boomerang in terms of national economies, employment, and defense. 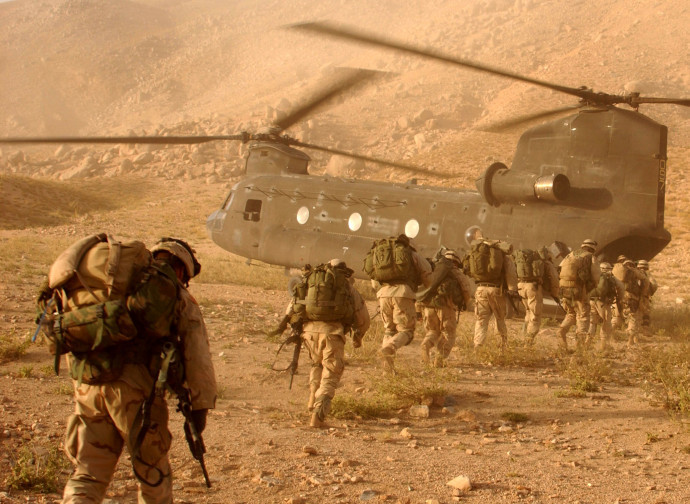 In terms of the rich amount of coronavirus analysis and its consequences on the world, we must assess whether or not the pandemic has had "positive" effects on war. Many presuppose that the fear of the contagion has interrupted ongoing conflicts. Even the influential Foreign Affairs magazine wonders if the virus will promote world peace.

More than merely imagining widespread pacifism, the proposed hypothesis is that the economic and social woes of powerful incurred by nations fighting the pandemic will make their political leaders less likely to attend to matters of transnational interest and be more willing to resolve disputes through negotiations instead of resorting to power plays.

It is more accurate, however, to point out that the virus has not put a stop to war. This can be seen simply by examining the bloodiest and best known conflicts. In Syria, with a March 5 ceasefire in place in the northwestern province of Idlib, it has enjoyed a truce sanctioned because of agreements made between Russia and Turkey, and not because of the coronavirus. Indeed, the United Arab Emirates are ready to pay $3 billion to Damascus to get Syrian President Bashar Assad to resume his offensive in Idlib against Turkish-sponsored jihadist militias. Assad does not intend to go against the wishes of Russia, his great protector. Regardless, COVOD-19 has nothing to do with these political and strategic considerations.

Meanwhile, in Afghanistan, the Taliban have rejected a ceasefire offer during Ramadan as proposed by President Ashraf Ghani. "While the lives of thousands of prisoners are endangered by the coronavirus, calling for a ceasefire is neither rational nor convincing," said Suhail Shaheen, a spokesman for the insurgency and then accused the Afghan government of "hindering the peace process".

Tension has been high for weeks between Kabul and rebel insurgents, while the Taliban continue in their offensive against Afghan forces across the country and while demanding the release of all their prisoners of war. The freeing of prisoners was an expected part of the peace negotiations that began between the U.S. and the Taliban in Qatar. In Kabul, therefore, the virus is just another pretext that allows insurrectionists to petition the liberation of terrorists and militants.

In Libya, the conflict nearest to us, is raging with unprecedented violence. The Tripoli government, backed by the Turks and Syrian militias enlisted from Ankara, is organizing an all-fronts counterattack. It has retaken western Tripolitania and is now aiming to recover territories south of Tripoli.

In short, the virus does not bring peace. Nor are there and indications that it can reduce global conflict. Indeed, considering that worldwide economic collapse will inevitably lead to increased poverty, it is easy to hypothesize that escalations between nations will occur in the struggle for limited resources. This spells greater risk of international conflict, but also greater risk of internal insurrection and unrest.

Instead, it seems certain we need to devote financial resources to economic and productivity revitalization as well as assisting the groups most affected by the coronavirus crisis. This will cause many countries to make decisions to reduce many expenditures pegged in state budgets, even those reserved for the military.

The first official example comes from South Korea which announced cuts in spending for the rest of 2020 in the economic aftermath of COVID-19. Seoul expects a limited decline in GDP (-1.48%) while private consumption has suffered more (-6.4%). South Korean exports have contracted (-2%) and imports have been reduced (-4.1%). Seoul has set up a relief fund with resources reallocated from its various ministries, including a $738 million cut in National Defense spending (79% of weapons acquisitions and equipment and 21% of management and maintenance costs). The cut amounts to 1.75% of South Korea’s 2020 defense budget, which Seoul had been previously approved for a 7.4% increase (with respect to 2019) for a total of $42 billion. The country’s Ministry of Defense has minimized the size of cuts, stating that the impact of COVID-19 had already resulted in a reduction in military activities and delays in the acquisition programs for arms, warships, helicopters, F-35 fighter jets and new, locally produced KFX.

Measures similar to those taken by Seoul, but much more substantial in terms of percentages and amounts, will mostly likely occur in many other nations hit hard by COVID-19, and far worse than South Korea in economic terms.

The International Monetary Fund (IMF) forecasts estimated GDP reductions between -7.5% and -12% in Europe for 2020. The consulting firm Avascent, specializing in aerospace and defense sectors, projects overall cuts in the European defense budgets in the range of 21 and 56 billion euro. It is easy to imagine that the biggest cuts will be recorded in the most affected countries, with Italy topping the list. In fact, these would be cuts between two and five times greater than those recorded for European military reallocations following the 2008 financial crisis.

Cutting military spending, especially related to the purchase of new vehicles and armaments, might boomerang for counties with major industries in the aerospace and defense sectors, as is the case for many European economic powers. Cutting armed forces acquisitions would lead to thousands of job losses which, in turn, would require state unemployment benefits with associated costs higher than funds saved by reduced military spending.

Indeed, the coronavirus crisis that is devastating entire tourism and transport sectors, including cruises and airlines, with repercussions on aeronautics and shipbuilding industries.

It is easy to predict that in the coming years not many cruise ships, ferry boats or airliners will be purchased. This is why maintaining allied jobs in small and medium-sized companies (as suppliers and subcontractors) will mean shifting to dependence on military contracts with national armed forces and foreign clients for building warships, helicopters, fighter planes as well as for providing training and transportation.

A world in economic crisis will perhaps see a slowdown in globalization. Yet, it means that markets may be wilder and more unbridled than ever before. It is, therefore, better not to reduce the ability to defend oneself and to protect national interests under such circumstances.