The Vatican consecrates itself to anti-human ecologism

April 22 saw great involvement of the Vatican media and the Pope in the celebration of the 50th Earth Day, dedicated to the encyclical Laudato Si'. An event that marks the definitive integration of the Holy See with the world's ecological lobbies, despite the fact that the forces behind Earth Day are heirs to the Eugenic Societies. 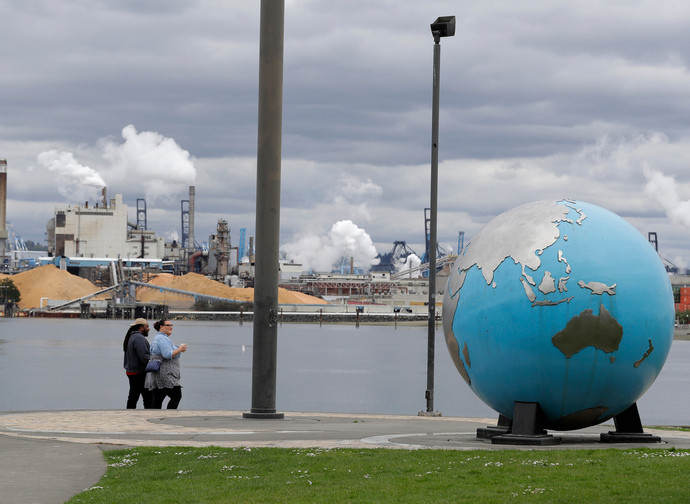 What happened on wednesday in the Vatican could be archived as yet another great manifestation of ecological thinking that is the hallmark of this pontificate. This would already be serious enough, but wednesday’s event is much more, it is the definitive integration of thought and action between the Holy See and the world's ecological lobbies.

April 22 was in fact the celebration of the 50th Earth Day, an important anniversary, a round number, which falls at a very particular moment, because of the well-known pandemic underway. Unable to take to the streets, the focus was on a 12-hour multimedia marathon, with the significant title of #OnepeopleOneplanet (One People, One Planet), which was attended by the Vatican media (Vatican News first and foremost). Furthermore, as it fell on Wednesday, Pope Francis dedicated his audience to Earth Day, interrupting for the occasion the cycle of catecheses he is carrying out. If it was the unprecedented and questionable definition of “sins against the earth” that made the news, even more significant is the religious horizon that he proposed, referring, though without actually mentioning it, to the Gaia Hypothesis (Gaia being the Greek goddess of the Earth): the idea of the earth as a living organism that reacts to aggression, or rather, takes revenge.

One reason for so much attention from the Pope and the Vatican media was the fact that Earth Day was dedicated to the encyclical Laudato Si' [Praise Be to You!], whose fifth anniversary is celebrated. And it is here that the issue becomes interesting, because it completes the process of integration between a certain Catholic-ecologism, promoted by the Pope himself, and the movements behind Earth Day.

It is indeed interesting to know how Earth Day was born and what it actually is. Vatican News defines it as a bottom-up movement that, in the aftermath of an oil spill at sea, decided to unite all the forces that were already protesting against environmental degradation. On April 22, 1970 the first major demonstration for the defence of the environment would take place with the participation of 20 million Americans. A spontaneous movement, born from a “bottom-up” approach, as the Pope would like (as he said yesterday) it to continue today worldwide.

Pity that this is not the case at all. If it is true that in the United States several environmental movements were already very active, reacting above all to the high atmospheric pollution of the great American cities, their convergence in a political movement of strong impact was actually a “top-down” operation, which had above all two main protagonists: Wisconsin (Democrat) Senator Gaylord Nelson and the billionaire Hugh Moore. The former was a convinced environmentalist, a sort of progenitor of Al Gore, the other had always been committed to directing American policy towards birth control.

It was Hugh Moore himself, back in the 1950s, who coined the image of the “population bomb”, which then became universally famous thanks to the book written by the biologist Paul Ehrlich in 1968. And it was again Hugh Moore who coined the slogan that would give the definitive perspective to Earth Day: “The population pollutes”. In this way the ecological movement and the movement for birth control were united, both are heirs of the Eugenic Societies born in the United States at the end of the 19th century.

Since then, anti-natalist and environmentalist movements – from Sierra Club to the Worldwatch Institute, from Planned Parenthood to Zero Population Growth – have spoken the same language, and obviously these movements have developed thanks to the generous funding of the great American foundations.

In these 50 years, the forces behind Earth Day have not only failed to water down their identity but have grown enormously, occupying key positions in many governments – first and foremost the United States – and have taken control of United Nations agencies, taking on a global dimension.

And in recent years, sad to say, they have in fact occupied the Vatican, as we have repeatedly denounced. When they talk about the defence of the environment, these people do not have in mind the care of Creation from a Christian point of view; instead they have the belief that man is the real enemy of the earth and therefore his presence must be limited: both quantitatively (birth control, especially in poor countries) and qualitatively (brake on economic growth to the point of theorization of the so-called “happy degrowth”). These, moreover, are also the pillars of global environmental policies developed since the 1990s and which are also the cultural background to international agreements on climate change.