They were taken for neurotics, filled with anxiolytics, when their pain is real. In an update of Comirnaty Pharmacovigilance, the EMA has inserted almost 22 thousand cases of parestesia as a possible post vaccine connection. They are “mysterious" burning sensations reported by many - especially women - who in these months have had their lives turned upside down and have been ignored without receiving a diagnosis.The pathologist Dr. Bellavite told the Daily Compass: «It’s an important recognition in order to verify the adverse event, now it is necessary to find the causes of these symptoms to understand if they are of a vascular or a neurological nature». 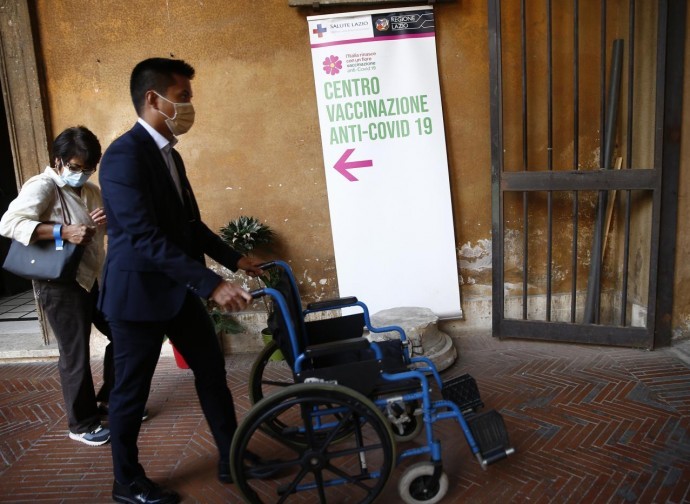 In the latest update on vaccine safety 6 October, the European Medicines Agency (EMA) reported that among the adverse reactions to the Pfizer Comirnaty vaccine there were also cases of parestesia. In particular, as written in the dossier, edited by the Pharmacovigilance Risk Assessment Committee (PRAC), almost 22 thousand cases of parestesia and hypesthesia have been reported out of approximately 1 billion and 220 thousand Pfizer vaccine doses administered in the world. The dossier reports these are spontaneously reported cases that regard suspicious effects connected even if «not necessarily relative to or caused by the vaccine».

75% of these reports, however, refer to the appearance of symptoms the day after the vaccination. In relation to this, PRAC has said that the parestesia «should be added to the product information as side effects of Comirnaty».

It is a piece of information that opens an important wound concerning the condition of many people who had been complaining about adverse and painful reactions to the vaccine for months and left without a diagnosis: burning sensations, altered sensitivity of the nerves and limbs, widespread pains. In these months the stories of many people – especially women– who, after being vaccinated, have had their lives destroyed by such invalidating symptoms, fearful that they may be permanent, have come to light.

These stories became the il Comitato Ascoltami (Listen to me Committee) in Italy, asking doctors to take them seriously for the primary purpose of obtaining a diagnosis for their ailment. At the same time, a growing number of sick people have used social media networks to make similar groups in a number of countries: United States, United Kingdom, Ireland, the Czech Republic, just to name a few.

Before  the  Update, the absence of any specific reference in the documents of regulatory bodies, starting with the EMA, has repeatedly inhibited any medical initiative to ascertain a vaccine correlated diagnosis. As if to say: these symptoms have not been documented, therefore any reference being made to the vaccine is out of discussion. Instead, «excluded correlation» or at most, «I cannot exclude it, but I don’t dare say it,» has been the constant refrain.

So despite there being “just” 22 thousand patients in the world out of over a billion, furthermore based only on spontaneous reports and therefore underestimated, these cases today exist, are noted and reported. It is an unmistakable warning that every doctor who examines these patients, can now base himself on «supporting documentation» in order to be able to trace a diagnosis back to the vaccine .

In this way the second step could start, that of an investigation into the causes of these parestesia, that are sensitivity problems or pains, of an irritating nature, in the sensitive nerve fibers, nearly always of an inflammatory nature. Medical literature associates parestesia – for example tingling, pins and needles, burning sensations, electric shock, a numb area - to numerous illnesses. It’s a matter of an endless list of the seriousness and range that is limited prevalently to two macro-areas: neurological and vascular.

«The parestesia is definitely a symptom not to be underestimated especially if it is intense and lasts in time,» professor Paolo Bellavite explains to the Daily Compass having studied the behaviour of vaccines for many years. «In general, it can depend on various tissue alterations, like for instance vascular (minor circulation) or neurological problems. These pathologies can be treated much better the sooner they are detected.»

According to Bellavite, the insertion of these parestesia among adverse reactions in the vaccine is important – equal to already reported myocarditis and thrombocytopenia – to complete the picture of the elements that are needed to reach an association to the vaccine.

«In the World Health Organisation (WHO) algorithm that evaluates adverse reactions there are three steps: the research for other causes of the illness, the second step is linked to biological plausibility that explains the mechanism for which the vaccine can have developed these symptoms: an inflammation of a nerve is a plausibility».

But in order to complete the table of elements at disposal, in addition to the temporal coincidence with the administration of the vaccine, a referral to scientific literature is needed. It is this third essential step which is indispensable to elaborate a vaccine-connection: «The WHO imposes research in the literature of reported cases of that specific illness. If we were facing the first case in the world, it would be difficult to sustain that it could have been due to the vaccine. So: the fact that EMA has included and recognised the parestesia as a suspect adverse event, is a sign that this third step can no longer be seen as an oddity or a simple coincidence. At a clinical level it is a useful reference to reach a diagnosis because EMA dossiers become medical literature».

Therefore, it has to be said that the many people who wander in the dark, between specialist medical appointments and often negative tests, can finally ask to receive more in-depth treatment compared to what they have frequently received, made from tranquilizers and anxiolytics.

«They take us for crazy people», was their cry for help. Now they have to be listened to, vaccination campaign permitting, because recognising these ailments that can also be invalidating, especially if not attended to immediately. It could create problems for the unbalanced narration of the risks/benefits relationship that has indiscriminately pushed for mass immunization.