The tragedy of Afghan interpreters, who risk being abandoned

Thousands of Afghans have helped the Italian contingent in their country, either as interpreters or employees on our bases. The same applies for other allied contingents. As  things stand now, if they were to remain in Afghanistan after NATO's withdrawal, they would risk being killed by the Taliban. General Battisti's appeal is straightforward: do something and do it in a hurry. Too much red tape slows down evacuation. 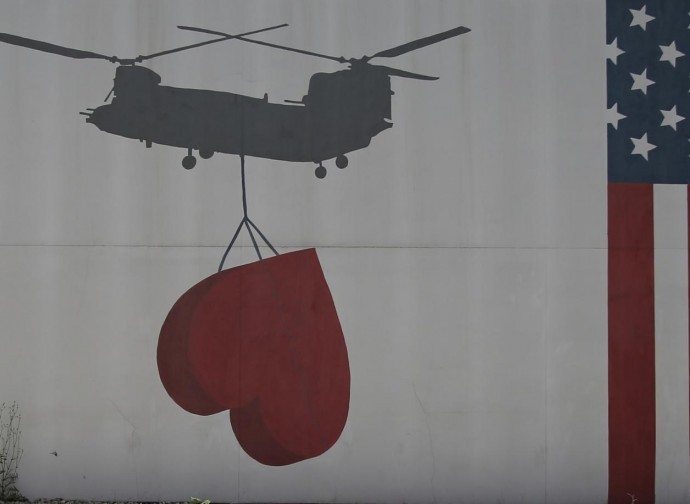 "The sudden advance of the Taliban in Afghanistan calls for rapid action now, not later. The local interpreters who have helped us for twenty years face the risk of dying at the mercy of the terrorists. They must be brought to Italy immediately." General Giorgio Battisti launched an appeal through the Adnkronos news agency for the rapid evacuation of the Afghans who have collaborated with the military contingent in Afghanistan, and their families, by deploying an urgent mass return of the NATO collaborators.

The Italian officer, no longer in active service, but who held various command positions in Afghanistan until becoming deputy commander of the allied forces, recalls that "the first 225 Afghans arrived in Italy more than a month ago,  but there is another group of over 300 people that must be evacuated". It must be done quickly because "the sudden advance of the Taliban, who have already taken over five cities, means that some of these persons inside those Taliban-controlled cities, cannot get out. It is a race against time, I hope our institutions in charge of the evacuation programme for them are aware that any initial plan has now become nigh unto useless due to this rapid Taliban advance. We have to move soon, give certainty to these families, have them come to Italy,  because all of them risk being killed".

As announced by the Minister of Defense Lorenzo Guerini during the flag lowering ceremony in Herat, in fact, additional checks would be necessary for some of the Afghan interpreters before permitting them to be transferred to Italy at the same time as the return of the military contingent. This is to ensure that they are not double agents, i.e. colluding with the Taliban or criminal organizations. The Italian troops left Afghanistan definitively more than a month ago,  and today the management of operations for the evacuation of our collaborators is managed by the Italian embassy in Kabul, with additional staff resources  to speed up the procedures.

"It's clear that out of 300 people, someone may not have had a clean slate”, confirms the general. “However, we cannot keep hundreds of trusted collaborators, friends by now, people who have helped us, blocked in a country where they risk being killed. These are people we know, who have served as interpreters or who have managed small shops inside the bases, and whose security profile has already been checked. Just ask the officers who rotated in command of those bases, they will certainly have files or data base entries on them". Battisti, who has also held important positions in NATO, does not spare criticism of the bureaucratic apparatus set up to manage the evacuation of the Afghans who have collaborated with Italy. "I don't understand the need to assess their security level when hundreds of migrants then show up on our shores without any preventive control. Let's get them out before they get their throats cut, then check them once in Italy. How many criminals, how many terrorists, like the one in the Berlin market, reach our shores by sea? At least we know the interpreters we are leaving at the mercy of a civil war where surrender is fatal. Behind them are families who have helped us for 20 years. We have no idea who is behind the immigrants, yet droves of them land on our shores every day”.

The problem concerns not only the collaborators of the Italian contingent,  but all the allied contingents: the Germans have already evacuated their interpreters, while the British and the Americans still have thousands of people in the country at the risk of Taliban reprisal. "The sudden and unconditional withdrawal of allied troops has quite literally disrupted all recovery plans: now it's a matter of the rapid deployment of charted aircraft to get the interpreters out, and then their profile will be checked. We have to accept this margin of tolerance and check them later."

On August 6, the Ministry of Defense confirmed that activities have been fully underway for days for the recovery of a further 391 Afghans whose legal requirements to enter the protection and reception program have been verified. 228 were included in the programme last June as part of operation Aquila 1. Under operation Aquila 2, a reinforced team has been set up and is already operational at the Embassy in Kabul, dedicated to facilitating the operations of recovery, identification, issuing visas and passports in collaboration with the Afghan government, for the subsequent safe arrival in Italy of a further 391 Afghans. The conditions on the ground are deteriorating, however, and do not guarantee full use of Herat Airport,  where many employees of the Italian contingent are concentrated. The city is literally surrounded by the Taliban forces, and the airport runway is an easy target for their rockets and mortar shells.  In Centocelle (Rome) the Covi - Comando Operativo di Vertice Interforze (Senior Joint Forces Operational Command Post)  - is working to speed up procedures and guarantee evacuation operations, presumably by the end of the month. Provided that Herat does not fall into Taliban hands first.