The text of the letter of Cardinal Re on Cardinal Zen

Lord Cardinal,
With reference to the various public interventions of Card. Joseph Zen Ze-kiun, S.D.B., and in particular to the letter of 27 September 2019 that the Bishop emeritus of Hong Kong sent to us members of the College of Cardinals, I feel the need to share some considerations...
- THE ORIGINAL LETTER (IN ITALIAN) 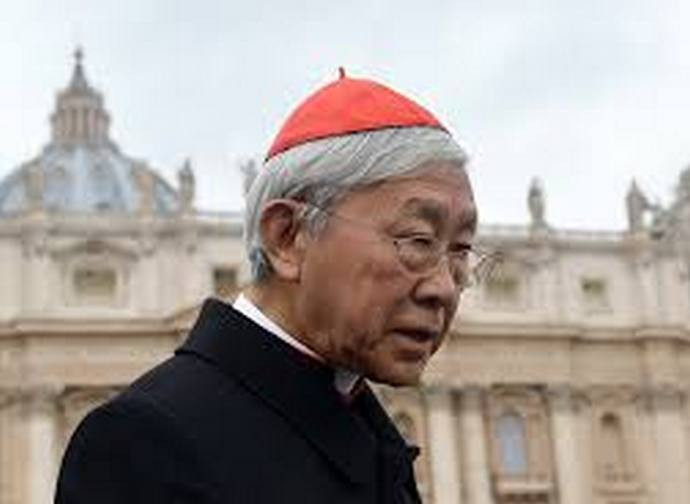 Dean of the College of Cardinals

To The Eminent Lord Cardinals in their respective sees

With reference to the various public interventions of Card. Joseph Zen Ze-kiun, S.D.B., and in particular to the letter of 27 September 2019 that the Bishop emeritus of Hong Kong sent to us members of the College of Cardinals, I feel the need to share some considerations and to offer some elements which will favor a serene evaluation of complex questions regarding the Church in China.

I desire above all to bring to the fore that, in the approach to the situation of the Catholic Church in China, there is a profound symphony of the thought and action of the last three pontificates, which out of respect for the truth have favored dialogue between the two parties, not opposition. In particular, they have had in mind the delicate and important question of the nomination of Bishops.

Thus Saint John Paul II, on the one hand, favored the return to full communion of bishops consecrated illicitly over the years beginning in 1958, and at the same time it was his desire to support the life of the “clandestine” communities that were led by “non-official” bishops and priests. But on the other hand he promoted the idea of reaching a formal agreement with the governing authorities on the appointment of bishops. This agreement, whose drafting took a long time, more than twenty years, was signed in Beijing on 22 September 2018.

On various occasions, Card. Zen has declared that it would have been better to have no agreement than a “bad agreement.” The last three popes did not share this position and supported and accompanied the drafting of the agreement that, at the present time, seemed to be the only one possible.

In particular, it is surprising that the Cardinal says “the agreement that was signed is the same one that Pope Benedict had previously refused to sign.” Such an assertion does not correspond to the truth. After having personally examined the existing documents in the Current Archive of the Secretariat of State, I am able to assure Your Eminence that Pope Benedict XVI had approved the draft of the Agreement on the appointment of Bishops in China, which it was only possible to sign in 2018.

The Agreement provides for the intervention of the authority of the Pope in the process of the appointment of Bishops in China. Even starting from this certain fact, the expression “independent Church” can no longer be interpreted in an absolute manner as “separation” from the Pope, as was the case in the past.

Unfortunately, it is a slow process of drawing out in loco all of the consequences which arise from such an epochal change both on the doctrinal level as well as on the practical level, and tensions and painful situations remain. On the other hand, it is unthinkable that a partial agreement – the agreement in fact touches only on the theme of the appointment of bishops – will change things in other aspects of the life of the Church in an almost automatic and immediate way.

Card. Zen, evaluating the Pastoral Guidelines of the Holy See Concerning the Civil Registration of Clergy in China of 28 June 2019 writes: “A text against the faith has been signed, while declaring that the intention is to favor the good of the community, a more appropriate evangelization, and responsible management of the goods of the Church. This general norm is obviously against every principle of morality. If accepted, it would justify apostasy.” (see “Dubia”). The Pastoral Guidelines, on the contrary, were conceived precisely in order to safeguard the faith in situations so complicated and difficult that they place personal conscience in crisis.

The Cardinal goes on in his letter to speak also of the “murder of the Church in China by those who ought to protect her and defend her from her enemies” and, in particular, in an interview, he appeals to Catholics with these words: “wait for better times, return to the catacombs, communism is not eternal” (“New York Times” 24 October 2018). Unfortunately, these are serious claims that contest the pastoral guidance of the Holy Father with regard to “clandestine” Catholics, despite the fact that the Pope has not failed to repeatedly listen to the Most Eminent Cardinal and to read his numerous missives.

Dear brother, this painful intervention of Card. Zen helps us to understand how difficult the path of the Church in China still is and how complex is the mission of pastors and the Holy Father! All of us, however, are called to unite ourselves closely to him and to pray intensely that the Holy Spirit will support him and support the communities of the Catholic Church in China, who although they have suffered for a long time still demonstrate their fidelity to the Lord, in the path of reconciliation, unity, and mission at the service of the Gospel.

Wishing you every good, I greet you cordially,

- THE ORIGINAL LETTER (IN ITALIAN)