The Sanger case proves that abortion is racism

As part of the Black Lives Matter campaign against racism, the name of Planned Parenthood’s founder, Margaret Sanger, has been removed from some of the association's clinics. The reason was her being a member of Eugenics Societies. Needless to say, for the sake of consistency, all Planned Parenthood clinics should be shut down. 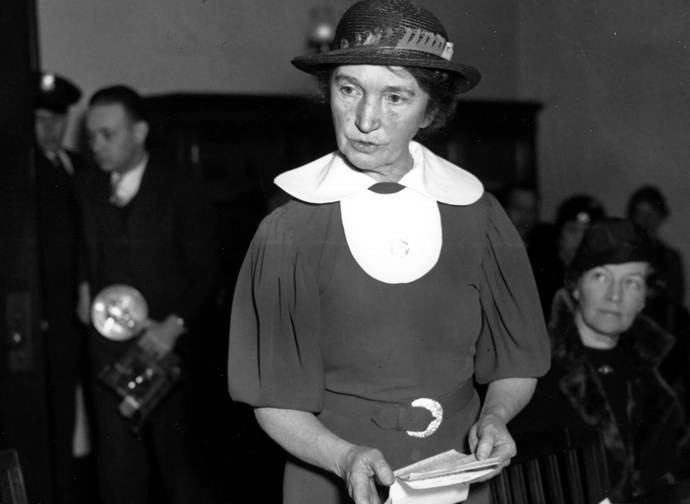 Among the prominent victims of Black Lives Matter last week, one was with almost total silence: Margaret Sanger (1879-1966). Sanger’s name was removed from Manhattan’s Planned Parenthood abortion clinic. In 1921 Sanger founded Planned Parenthood (originally the American Birth Control League and later renamed the Planned Parenthood Federation of America in 1942). Her name has been abruptly taken down due to her "harmful connections with the eugenics movement."

We may recall that, in the wake of the social Darwinism advocated by Sir Francis Galton at the beginning of the 20th century, eugenics societies gained much popularity internationally – especially in the United States and Northern Europe. Soon such societies would be the architects of laws that would impose mandatory sterilization for the "insane.” Moreover, it was these very societies that laid the cultural and economic foundations that eventually lead to eugenics experiments in Nazi Germany.

The defence for Margaret Sanger (who in 1952 also founded the International Planned Parenthood Federation, the most powerful global abortion organization) had always been that she was, above all else, a feminist who fought and worked for the self-determination of women, particularly for their release from the slavery of pregnancy. Whereas her involvement with eugenics societies (in the US and Great Britain) was a means of achieving her true goal, just as the harmony with racist thought would have been the result of the culture of the time, dominated by eugenics.

Thus, while some are distancing themselves from Sanger and her ideas about race, this is no problem for the more than 800 abortion clinics spread throughout the United States. Eugenics, for them, is nothing more than a private belief of Margaret Sanger. Eugenics can be certainly condemned but has no affect on the "meritorious" birth control activities at Planned Parenthood. It is therefore sufficient to cancel her name, remove her images, and possibly even take down her statues, in order to remain entitled to continue providing abortion services.

But is it really so? Is it really true that racism was a "concession" to the culture of her time, independent and irrelevant to Sanger's mission? You might say “absolutely not.” Indeed, simply rereading Margaret Sanger’s writings - who published abundantly - and looking at her conclusions, one gets the exact opposite impression. "More children from the healthy, less children from the weak, this is the principle of birth control," she wrote in a 1919 edition of Birth Control Review.

In one of her most important books The Pivot of Civilization (1920), Sanger expresses anger with "philanthropists", that is, with those who provided free assistance to poor pregnant women. She says they forced "the healthiest and most normal women in the world to take on the burden of irrational and indiscriminate fertility...” What is more, she warns of the dangers associated with "the residents of poor neighbourhoods who multiply like rabbits, overflowing from the confines of their neighbourhoods and countries while transmitting their diseases and their lower quality genes to the best persons of society."

Moreover, those chosen for segregation and sterilisation belong almost entirely to ethnic minorities. So right from the start, the campaigns to bring contraception and later abortion concentrate on urban centres where the presence of blacks and Hispanics is prevalent, in addition to other ethnic minorities. The same is true internationally, where the International Planned Parenthood Foundation acts almost exclusively in developing countries.

Even today in the United States, abortion clinics and related campaigns are concentrated in the areas with the greatest presence of ethnic minorities, especially among African Americans. So much so that out of 850,000 abortions performed in the United States in 2017, 36% concern African-American women when African-Americans represent only 13% of the population. 23% of abortions are performed on Hispanic women (Hispanics count for 18% of the total U.S. population). On the contrary, about 33% of abortions concern white women when Caucasians represent 61% of the total population.

The fact is that the birth control movement which radical Sanger-like feminists advance is racist in nature. It is just as racist as the eugenics societies. Cancelling Sanger's name to save Planned Parenthood's abortion activities is clearly an ideological move. If they had really wanted to achieve a mea culpa on "racism" Planned Parenthood should be consistent and shut down all its abortion clinics scattered all over the United States.