There is a conspiracy that oddly does not make the headlines, even though it is shocking and reasonably well documented. It’s about a plot hatched in the upper levels of the FBI, the America’s federal police, to frame President Donald Trump at the start of his administration while ruining the life of his former national security advisor, General Michael Flynn. 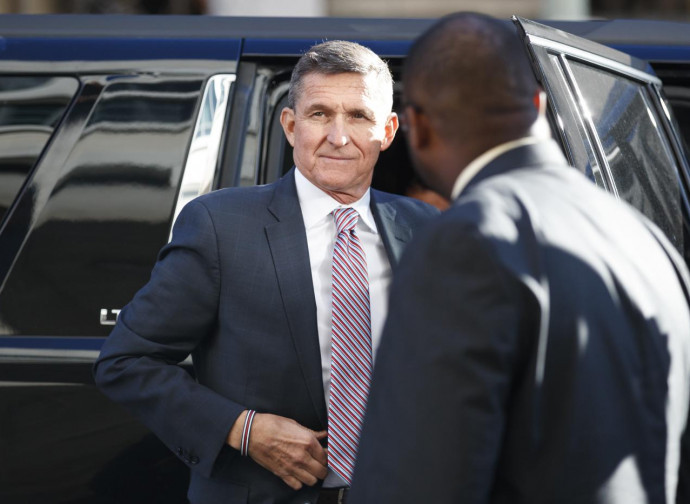 There is a conspiracy that for some odd reason does not make main headlines. Even if, unlike many others that are prefabricated or based on conjecture, there is now plenty of evidence to support this conspiracy. It was a plot hatched in the upper levels of the FBI, the American federal police, to frame President Donald Trump in late January 2017 right at the beginning of his White House presidency. Now fully exonerated, the victim is General Michael Flynn, Trump’s former National Security Advisor. The culprits in this story would end up being part of the FBI’s top brass. They were officials still loyal to outgoing President Barack Obama:  James Comey and Andrew McCabe, the Federal Bureau of Investigation’s director and deputy director.

The conspiracy in question was related to the first scandal to hit the new White House resident. It was about Trump’s relationship with Russia. From then on, for the following three years, the so-called “Russiagate” investigation ensued. It was considered a closed case, with nothing accomplished. President Trump’s first National Security Advisor, Michael Flynn, was accused of violating the Logan Act, a law introduced in the early days of the United States that prohibits the intrusion of unauthorized private citizens to engage in international diplomacy between the USA and any government with which there is an ongoing dispute. General Flynn was accused of phoning Russian Ambassador Sergei Kislijak in Washington on December 29, 2016. There was more than an ongoing dispute between the US and Russia; and given that the Trump administration had not formally taken office inside the White House, General Flynn could still be considered a private citizen. The investigation began rather quickly: on January 24, 2017 (one week after the presidential inauguration), the White House was visited by agents Peter Strzok and Joe Pientka of FBI counterintelligence. During that interview, it was said (then) that Flynn had lied. Flynn admitted he didn’t tell the truth and, thus, at the end of 2017 he resigned his position and gave President Trump’s new administration its first black eye.

The first major doubts about the Flynn case surfaced just as quickly. Was the Logan Act violated in the first place? Flynn was not simply a private citizen, but the upcoming national security adviser. His call to the Russian ambassador, in time of crisis, therefore, was legitimately part of his role. The second question was related to the interrogation itself: two FBI agents going to the White House to interview a new administration official was considered, in the very least, an unorthodox practice, even by the heads of the federal bureau. One of the two interrogators, Peter Strzok, had already been removed from the investigation as of January 2018 in the wake of a major scandal: he was caught exchanging politically compromising messages with Lisa Page, an FBI attorney. As it turned out, Page was also Strzok’s mistress. As an example of one of the text messages, Page asked Strzok: "Trump’s never going to become president, right?" and Strzok wrote back to her saying "No, ho he won't. We will stop him!"

Now Flynn's defense team has managed to reopen the case, while gathering new supporting evidence for its unending legal battle against the FBI. The story about Flynn has proven now to be more obscure than previously believed. On January 4, in fact, a week after the telephone call between Flynn and Kislijak took place, the FBI officially declared the case closed due to lack of evidence and incriminating events. The police had also asked for more information from the CIA and other intelligence operatives. It was January 4 and Trump had already won the election the previous November, yet had not been officially sworn into office. Barack Obama, indeed, was still President (outgoing, but still in office) of the United States. It so happened that on that day a team of FBI agents connected to Operation Crossfire Hurricane (the one that would later develop in Russiagate) received orders not to close the case. The order was documented by way of an informal message written by Agent Peter Strzok: “Hey if you haven’t closed RAZOR (the code word for the Flynn investigation), don’t do it yet.” In a subsequent message, we learn that “the 7th floor [is] involved", alluding to the offices of the FBI’s two main leaders, Comey and McCabe.

During Flynn's interrogation inside the White House, the general was deliberately induced into perjuring himself in order to frame him. This can be deduced from striking evidence, from handwritten notes of an (anonymous) FBI officer who jotted down his thoughts after a meeting with Comey and McCabe." "What is our goal?" one note read. "Truth/Admission or to get him to lie, so we can prosecute him or get him fired?" Among the the same handwritten notes, we also read the agent’s concern about the consequences: “If we’re seen as playing games, WH [White House] will be furious." On January 24, President Trump had already been in office for a week, so he was the U.S. president.

The Flynn interview report was first drawn up by Joe Pientka, one of the two interrogation agents. But the document was rewritten two weeks later by agent Strzok. Then it was definitively approved by McCabe four days later. These long times demonstrate how much care was being taken in dealing with Flynn's words. He was eventually framed for a mistake and led him to admit his guilt. But how was he provoked into doing this? Apparently, he was blackmailed. If he had not pled guilty, his son, a lobbyist on behalf of the Turkish government, would also have gone under investigation for not registering as a "foreign agent" (on behalf of foreigners, in this case) with the Department of Justice.

In the end, it is General Flynn who comes out clean. However, now his career is over and he has been financially ruined by legal fees. Hollywood will not make any film about his story since the villains here are the Democrats while the Republicans are the real victims. His story will have no audience.