The present and future of Jihadist groups is in Africa

The 2020 Global Terrorism Index reveals a significant decrease in terrorism worldwide, with significant drops in the number of victims in Afghanistan and Nigeria. The region most affected by the Islamic State and affiliated jihadist groups is sub-Saharan Africa. Sub-Saharan Africa is now the main front, with seven out of ten countries registering the highest increases in deadly attacks. 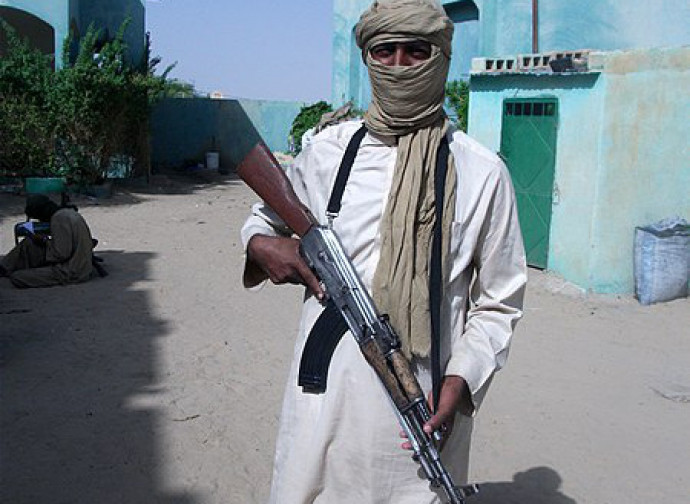 A few days ago the Institute of Economics and Peace released its Global Terrorism Index for the year 2020. The index documents the impact of terrorism on 99.7% of the world's population in 163 countries. It also reports the number of attacks, deaths, injuries and material damage caused by terrorism. In 2019, there were 63 countries in which at least one attack had occurred. The good news is that, for the fifth consecutive year, the number of deaths has dropped. However, there are still many fatalities: 13,826,  96% of which are registered in countries currently at war. The number of victims has decreased in 103 nations while increasing in 35. The greatest decrease occurred in Afghanistan and Nigeria, which, however, remain the only two countries with more than 1,000 deaths linked to terrorism. Among the nations where the situation has worsened, where there has been the most significant increase in terrorist attacks are: Burkina Faso (+ 590%,) Sri Lanka, Mozambique, Mali and Niger.

Although their casualties have decreased by 18%, the Taliban continue to be the most dangerous terrorist group, followed by the Isis. Isis, although in decline throughout the Middle East and North Africa, waged attacks in 27 countries in 2019. The region most affected by the Islamic State and its affiliated jihadist groups is sub-Saharan Africa, where seven out of ten countries recorded the highest increase in fatal attacks. Indeed, it is in Africa where for years now jihadist groups (with ties to al Qaeda and Isis) have been competing for territories, recruits, and incur the highest number of casualties. Jihadists have been increasingly extending and consolidating their influence in sub-Saharan regions.

Boko Haram in Nigeria and al Shabaab in Somalia were started as groups linked to al Qaeda. But in 2015 some Nigerian jihadists chose to ally themselves with Isis as did Somalis jihadists. 2015 was the year in which Nigerian President Muhammadu Buhari and Somali President Hassan Sheikh Mohamud recklessly announced the imminent end of terrorism: in their opinion, the sensational attacks carried out were a last desperate attempt by their troubled institutions. Instead, Boko Haram and al Shabaab have switched strategies and continue their war to remove infidels from the world.

On November 28th, in the Nigerian state of Borno, a Boko Haram stronghold, terrorists attacked 60 workers in a rice paddy near the state capital of Maiduguri. After tying them up, they killed 43 of them by slitting their throats. Six others survived with serious injuries, while 11 are still missing and are believed to have been kidnapped by jihadists. The victims were all emigrants from another federal state , Sokoto. In October, in two separate attacks, 22 peasants were slaughtered near the capital. Both the local Boko Haram group, led by Abubakar Shekau, and the secessionist group, Iswap, are affiliated with Isis. Abu Mus'ab al-Barnawi is their leader. They attack loggers, shepherds, fishermen and farmers with ever greater frequency and without sparing Muslims whom they accuse as spies and passing information to state military officials. However, the two groups claim radical differences in the way they fight. Shekau cites the Koran saying moderate believers (those who have relations with infidels and claim no open hostility to them) are not good Muslims. That is why Sheakau’s group makes no distinction between Christians and some Muslims when they organize attacks. His terrorists launch hundreds of suicide bomb attacks on mosques, markets and bus stations. Al Barnawi however argues, while also quoting the Koran, that killing Muslims is forbidden, unless it is a matter of publicly punishing them, as in the case of traitors cooperating with government.

Al Shabaab has been in Somalia for years, ever since it lost the capital Mogadishu, some of the nation's major cities, and a portion of the territories formerly under its control. Al Shabaab concentrates its actions mainly in Mogadishu, while successfully carrying out bomb strikes on hotels, restaurants and other buildings frequented by Somali politicians, businessmen and diplomats. Since 2010 Al Shabaab is responsible for killing over 4,000 civilians, more than 3,000 of which have occurred since 2015. The most devastating attack was that which took place in October of 2017: a truck loaded with explosives was detonated in a crowded spot in Mogadishu, killing at least 587. Attacks of minor but frequent impact have left behind a constant trail of dead and injured. The last two were both carried out within two weeks. On November 17, six people died and five were injured when a man blew himself up in a crowded restaurant near a police academy located near the seaport. The attack occurred only a few days after the Somali army announced they had captured three top al Shabaab commanders during a military operation conducted in the central province of Hiraan. On November 27 a bomb killed seven people and wounded ten in a renowned ice cream parlor and bakery called Gelato Divino, located in the heart of Mogadishu near the international airport.

Even al Shabaab does not make distinctions between Christians and Muslims when fighting in the name and glory of Allah.