The New Totalitarianism: No Cure for the “Homophobes”

A new provision of the British National Health Service adds sexism, racism, and homophobia to patient violence as reasons for which paramedics may refuse to give assistance in non-urgent cases. This is an attack on freedom, especially religious freedom. Here’s why. 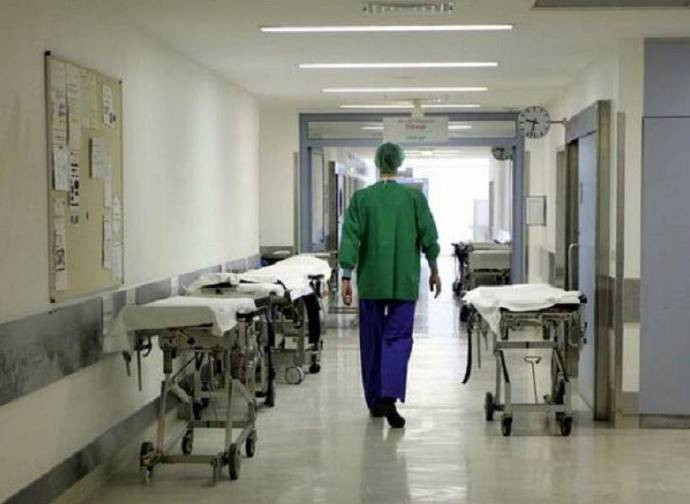 We don’t treat homophobes. This statement is definitely a journalistic simplification, but it also contains the “sauce” of a story, as Manzoni would say, who comes from the United Kingdom. The story is as follows. The UK National Heath Service (NHS) stipulates that if a patient is particularly violent or aggressive verbally and if his physical condition does not necessitate urgent intervention, the paramedic personnel can refuse to give him assistance. A 2019 survey revealed that one in four health workers were the object of acts of bullying or molestation or abuse. One in seven were physically attacked. On February 18 the Health Minister extended this proviso, which allows doctors and other medical personnel to abstain from offering medical assistance, to also include situations where the patient engages in conduct that is sexist, racist, and homophobic. The new regulation takes effect in April.

Catholic News Agency asked the National Health Service if a Catholic priest or an imam run the risk of not being given care due to their ideas on homosexuality. We would add that the same fate applies to someone who is pro-life, because this position is considered sexist (for many people, being against abortion is considered being anti-women). A spokesman for the Health Service replied thus: “A person’s personal beliefs or any historical views are entirely irrelevant for this policy – a person would only be refused treatment if they made openly discriminatory remarks to a staff member at that time.” He also added that the discriminatory statements worthy of refusal of treatment by doctors could only be those coming from mentally healthy people and certainly not from patients with mental disabilities

These new rules however present several critical points. First: it is true that, in legal terms, health personnel will be able to refuse to offer assistance only if the patient, at that precise moment, “made openly discriminatory remarks to a staff member.” But it is easy to foresee that the factual application of this disciplinary guideline of a legal nature will be interpreted in an extensive sense and so priests and noted pro-life and pro-family activists who go to the emergency room will always end up in “code green,” last in line.

The second problem: the famous “hate speech” has a profile that is difficult to identify. Its semantic identity is becoming ever more vague. When is a statement or an action sexist, racist, and homophobic?  The boundary between discrimination and freedom of thought is generally drawn in the mind of the recipient of the perceived disapproval. It will therefore be up to the doctor or the nurse, certainly not the patient, to decide when a certain statement is discriminatory and thus it will be their subjective perception that determines whether the patient is worthy of receiving care or not. The conceptual category of sexist, racist, homophobic words/actions is quite amorphous, changing from one doctor to the next and even from time to time in the mind of the same doctor. In short the criterion for understanding if a certain affirmation is discriminatory is based on the level of susceptibility of the health care personnel: if they are offended, then you are sexist, racist, and homophobe. As a result, the patient, not being able to know ahead of time if a certain phrase is capable of being interpreted in a discriminatory way, will prefer to remain silent.

From here we arrive at a third problem: freedom of speech within British hospitals will be seriously compromised. Priests and men and women engaged in the battle for the family and for life know that certain lines of argument are forbidden. And if the conversation happens to fall on abortion or homosexuality, your lifeline to being treated will be either lies or silence. It’s a sort of blackmail: if you keep quiet, I will cure you. The patients must censor themselves. And so once again, under the pretext of fighting discrimination, believers are discriminated against. Health is no longer a collective good, but a good for a few: a selection is made when you enter the hospital, distinguishing those meriting care, the good citizens who favor abortion and homosexuality, from the reprobate, those whom it is better to marginalize because their ideas are infectious. It is a sort of quarantine – to use an image that we are all familiar with in these days – in which to put those who are diseased until they no longer test positive for the virus of Catholicism or common sense. A hygienic system to cleanse society of dangerous individuals.

This phobia which seeks to culturally sterilize anyone who is not aligned with the mainstream inevitably runs into a short circuit. We proceed step by step. The dominant ideology on morality commands us to conform ourselves to a certain orientation that is favorable to abortion, euthanasia, to artificial insemination, homosexuality, etc. Thus, remaining on the clinical level, this explains the battle against the conscientious objection of doctors, because it is a weapon that threatens the one way everyone must think. Yet the new regulations of the NHS, if we like, follow the same structure of conscientious objection.

Just as a doctor, faced with the demand of a woman to perform an abortion, may refuse to offer this “service,” so a doctor, faced with the action of a patient that is perceived as sexist, racist, homophobic, may refuse to offer assistance. And thus on the one hand conscientious objection is criticized, and on the other it is used for its own purposes. It will be said: in the case of abortion the woman who asks for the help of a doctor to abort does not offend the doctor, but not so in the case of sexist, racist, homophobic statements. The answer: and what if the doctor is offended by having to perform an action contrary to his conscience, and offense that is much more serious that receiving racist, sexist, and “homophobic” insults. It is one thing to be forced to do an evil, and quite another to undergo an evil.