They are young girls who are Christian or Hindu. They are approached by peers, who kidnap and rape them, and then after threatening to publish the rape video on social media force them to convert. All of them are victims of the “love jihad,” the “holy war of love” that is upsetting Kirala. The Indian Catholic Church denounces ISIS’s method of recruiting, but even among Catholics there are progressive groups that deny or minimize. 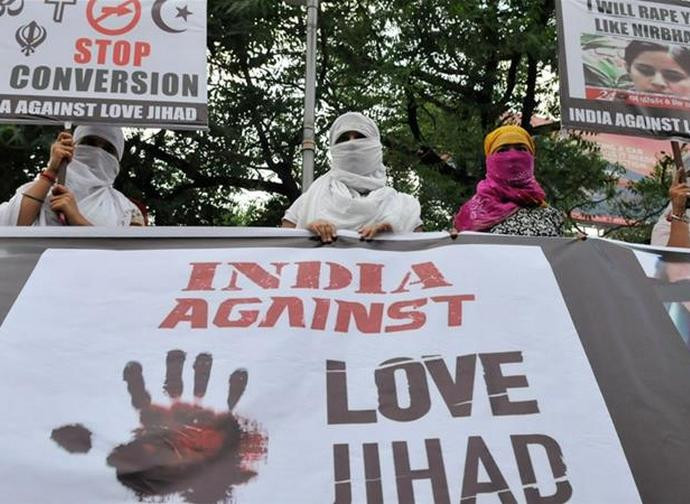 A walk in the park with friends that turned into an endless nightmare. This is what happened to a 19-year old Christian student from Kozhikode, a city in Kerala, India, after she stopped for a drink with her party. That glass is the last image of a life that up until then had been normal: one of her acquaintances in fact drugged her, kidnapped her, and raped her, and then filmed her for the purpose of blackmail.

The violator gave her a very precise condition in order not to publish the images of the rape on social media: her conversion to Islam. One year later and despite the denunciation made to the authorities, not only has the man not been arrested, but the girl’s father was also urged by the investigators to lay aside his thirst for justice.

In his private investigation, however, the father discovered that his daughter is only one of the many victims of the group of Islamic fundamentalists to which her assailant belongs. What happened to this young female student in Kozhikode is not an isolated episode of crime news but one of the many cases of a tragically expanding phenomenon in Kerala known by the name that is an oxymoron: Love Jihad.

The Indian newspapers call it the holy war of love, but – as the story just told shows – there is no trace of love in the plague that is ruining the life of thousands of youth and their families. The Love Jihad only surfaced marginally on the media of our home to tell of the more of less voluntary escapes of Western girls, often minors, who are seduced via social media by militiamen and propagandists of Isis, who convince them to move forever to Syria or Iraq. There they face a tragic destiny: they become foreign fighters or sexual slaves of the Caliphate, who are brutally killed if they go back on their choice, as happened to Samra Kesinovic, the 17-year-old Austrian girl who was beaten to death in Syria because she was trying to return to Vienna.

In Kerala, however, the modus operandi of the Islamic fundamentalists does not rely on imprudence but on the sense of shame that is still deeply rooted in Indian society. Here, in fact, the majority of cases of the so-called Love Jihad have Christian or Hindu girls as victims who are kidnapped and raped and who then, under blackmail, feel forced to abjure their original faith and to yield to forced marriages with their Muslim rapists. It is a rampant religious persecution that is perpetuated on the body of women and based on the sense of impunity fueled by the indifference of the authorities and local communities.

Very often the same families struck by this tragedy are the ones that provide a reason for it, because of an insane sense of shame that is difficult to eradicate from a society that preserves widespread pockets of male chauvinism. The father of the young woman student from Kozhikode, instead, had the courage to come forward by himself, ignoring the invitations to desist formulated by the same investigators and, again by his own investigation, discovered that 52 other young Christian women, including 6 other university students, had undergone the same retaliations at the hands of the jihadist group to which the man who raped his daughter was connected.

The phenomenon is assuming worrying proportions in this part of India: the Bishops’ Conference of Kerala has counted over 4000 cases of the so-called Love Jihad that have taken place between 2005 and 2012. These numbers are to be checked against the state 007 report that attests that between 2011 and 2015 there were 5,793 conversions to Islam, half of whom were women, of whom 76% were less than 35 years old. A boom of conversions which may have been heavily influenced by the tragic spread of the criminal strategy of local Jihadist groups against Christian and Hindu girls.

In the last year the Indian Catholic Church has repeatedly tried to raise awareness about the problem: the Syro-Malabar bishops issued a declaration at the end of their synod, denouncing how much the so-called Love Jihad is “becoming a threat to social and religious harmony” in Kerala and underlining how it is “a fact that Christian girls are being targeted [...] harassed and [...] forced to convert by threatening to make imakes of their abuse public.”

Last January in the Syro-Malabarese Churches a letter was read from the Major Archbishop, Cardinal George Alencherry, to increase the awareness among the faithful about the danger represented by the so-called holy war of love, the chosen instrument of “terrorist organizations like Isis” in order to “recruit Christian girls.”

Among Indian Catholics, however, there are those who deny the existence of the phenomenon: some priests and groups considered progressive have not read the cardinal’s letter and have asked that people not “generalize” about the cases that have happened thereby “diverting people’s attention away from other pressing matters.” An indirect response to these dissident positions came from the Synod of Syro-Malabar Bishops, in the course of which it was recalled that “the statistics show that the Love Jihad is not an illusion.” A statistic common to all those provided by intelligence in the specific report on terrorism: of the twenty-one foreign fighters who left Kerala last year to move to the lands in Syria controlled by Isis, half of them are young Christian converts.