The Legion of Mary, a legacy to be rediscovered

A hundred years have passed since the native Irish Frank Duff founded the Legion of Mary, a lay organization that today has over ten million members all over the world. Marked by a strong Marian spirituality, Duff's legacy is still evident in the works of mercy it provides to prisoners, prostitutes, the homeless, drug addicts. His idea of the mission of the laity in the Church both anticipated and was taken as a model by Vatican II. Yet Ireland and even Catholic circles seem to have forgotten this. 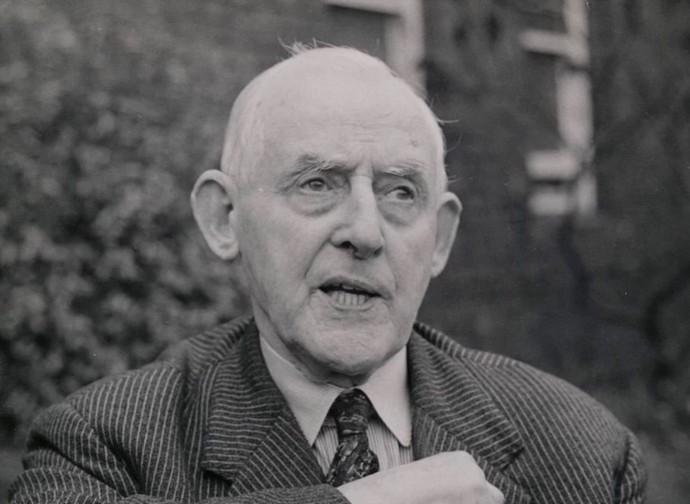 Ireland in the 1900s is always envisioned as being a very clerical society and church. To an extent it was, due in part to the incredible number of vocations to the priesthood.
But against that image is the evidence of the Legion of Mary and its founder, Frank Duff. Founded in Dublin in 1921, the largest lay-Catholic organisation in the world is celebrating its centenary this year. With more than 10 million members worldwide, it is also likely the largest organisation of any kind to come from Ireland. Despite this, it is rarely thought of in Ireland, cast to the wayside of history as a relic of the Catholic past.

From humble beginnings as a quasi-St Vincent de Paul for women – the SVP didn’t accept women members at the time – the lay apostolate grew quickly. By the time the Eucharistic congress came to Ireland in 1932, the Legion already had an immense presence in Ireland. Duff retired from the civil service in 1934 in order to devote his time to the organisation.
It soon spread outside Ireland – today, in fact, by far the largest presence of legionaries are in countries like South Korea and Brazil. Saintly Legion missionaries like Edel Quinn and Alfie Lamb, both of whom are a step on the rung to canonisation, garnered great followings for the apostolate in South America and Africa.

However, the majority of its success is down to its saintly founder, Frank Duff, a respected civil servant, social activist and servant of the Church. Duff’s legacy is still obvious in Ireland if you know where to look. The hostels for the homeless he set up still offer shelter, while the legionaries continue in ministering to sex workers, addicts, the homeless and many others left behind by modern Ireland.

Visiting a meeting of a local Legion group before the pandemic, I was impressed to hear them discuss the likely conversion of a prisoner they were visiting. What had begun as a simple act of charity – a key pillar of the apostolate includes visiting prisoners – was flourishing into a new member of the Church.

As the Legion itself sums it up, “The object of the Legion of Mary is the glory of God through the holiness of its members developed by prayer and active co-operation in Mary’s and the Church’s work… Every legionary is required to carry out a weekly apostolic work in the spirit of faith and in union with Mary”. Holiness, in all its kinds and for all people, remains their focus.

As may be guessed from its title, the Legion of Mary is devoted to a Marian spirituality, inspired by the teachings of St Louis de Monfort. De Monfort’s True Devotion to Mary had a great effect on Frank Duff. In that, then, he was following a traditional route for the Church of the time, especially in Ireland where Marian devotion is so strong.
But he was also, as Archbishop of Dublin Dermot Farrell recently said, “a man ahead of his time”. Given all the talk about engaging the laity in the modern Church, it would be a terrible shame if the innovative, orthodox example of Frank Duff is not taken up.

Long before Vatican II, he placed an emphasis on Baptism as a Sacrament that called everyone within the Church to holiness. Writing in his pamphlet, Can We Be Saints?, he begins with the simple declaration: “In the heart of every right-thinking Catholic, God has implanted the desire to become a saint”.
The structures and rules of the Legion were designed with this idea in mind, designed it must be stressed, by Duff himself. He attended Vatican II in an observer’s role. Shortly after the council ended, and before the documents were written, copies of the Legion’s handbooks were requested by the Vatican in multiple languages so they could be studied extensively. Duff himself believed that what the council produced was an endorsement of the Legion’s mission.

He lived to the age of 90, and his funeral in 1980 attracted crowds so large they blocked the streets of Dublin. Now, however, in Ireland his legacy has largely been forgotten. Even within Catholic circles, he is not commonly looked to for inspiration.

We are very good in Ireland at complaining about the failures of the past; we are very poor at championing our own successes. At a time when the Church here could use a boost, the centenary of the Legion’s founding should be a chance to reflect on the past with a new perspective, and to build on the legacy of one of the great figures of 20th century Irish Catholicism.