The inspiration of Sacred Scripture

Sacred Scripture is truly the Word of God, but the language used is totally human. Inspiration signifies God acts through people: He makes use of human faculties to the fullest, not merely as His scribes, but by elevating mankind’s abilities, not distorting them. There is no error in the Scriptures, but in reference to supernatural truths. 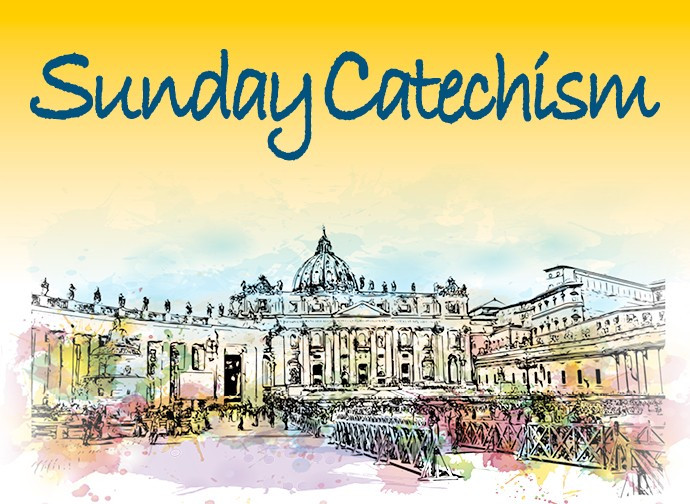 -  God is the principal author of the Scriptures; it is the Word of God   (attributive genitive).

- The language is fully human.

This leads us to the theme of the inspiration of the Holy Scriptures. To believe that all the books that make up the Holy Bible are integrally inspired by God, is a matter of faith; not theological opinion.

- What is meant by saying these books are inspired?
The answer is found by investigating the cooperative relationship between the two authors, in fact both are crucial: God is the main author and the hagiographer, is the secondary author or instrumental means. Obviously, there is a proportionate difference between the two authors, they do not carry the same weight, but both are essential. If we take only the main author and sacrifice the secondary author, we risk thinking that the sacred books descended from heaven or God mechanically dictated them to a scribe, but this is not so. If instead we disregard the main Author, we would be left with a text by pious and devoted writers, but simply human; consequently, the authority of the sacred books would amount to nothing more than that conferred on them from time to time, considered more or less valid, with each historical era.

Whereas, the concept of inspiration signifies that the sacred texts are truly the word of God and at the same time truly the work of man.

From the perspective of supernatural inspiration, we must keep in mind that this revelation surpasses mere human subjective capacities and that, as such, binds men, being truly the Word of God.  On the other hand, as the author is truly human, the field of exegesis, criticism, the contribution of archeology, philology, the study of languages, etc. come into play. It is therefore legitimate to investigate and acknowledge the author’s particular style.

Paragraph 106 of the Catechism of the Catholic Church:

God inspired the human authors of the sacred books. "To compose the sacred books, God chose certain men who, all the while he employed them in this task, made full use of their own faculties and powers so that, though he acted in them and by them, it was as true authors that they consigned to writing whatever he wanted written, and no more.

- So what is this inspiration?
It means that God acts through people, that is, He makes use of human faculties and abilities to the fullest, so that man operates truly as the author and not as a mere scribe or inanimate instrument. The inspiration therefore lies precisely in the use of the person’s faculties: not to distort them, but to elevate them, enlighten them, strengthen them, guide them, so that the person - who remains in full possession of his faculties -, writes according to his modalities and his style, everything and only what God wants and intends.

Indeed, these books of the Old and New Testament, whole with all their parts, just as they were enumerated in the decree of the same Council, are contained in the older Vulgate Latin edition, and are to be accepted as sacred and canonical. But the Church holds these books as sacred and canonical, not because, having been put together by human industry alone, they were then approved by its authority; nor because they contain revelation without error; but because, having been written by the inspiration of the Holy Spirit, they have God as their author and, as such, they have been handed down to the Church itself.

These books composed by the work of man are inspired, says Dei Filius, "not because they contain revelation without error": thus underlining the difference between revelation and inerrancy. Inerrancy means that the sacred texts cannot contain errors. Inspiration therefore has not only a negative characteristic, preserving the text from errors, but a positive characteristic, in that, it indicates the supernatural origin of that text through the inspiration of the sacred author.

On 30 September 1943, for the fiftieth anniversary of the encyclical Providentissimus Deus, Pius XII published another encyclical on the interpretation and nature of Sacred Scripture, the Divino Afflante Spiritu, in which there is a chapter dedicated precisely to 'inspiration; a chapter which for its breadth is very complete and harmonises the divine and human aspect of the Scriptures.

" As in our age, indeed new questions and new difficulties are multiplied, so, by God's favour, new means and aids to exegesis are also provided. Among these it is worthy of special mention that Catholic theologians, following the teaching of the Holy Fathers and especially of the Angelic and Common Doctor, have examined and explained the nature and effects of biblical inspiration more exactly and more fully than was wont to be done in previous ages. For having begun by expounding minutely the principle that the inspired writer, in composing the sacred book, is the living and reasonable instrument of the Holy Spirit, they rightly observe that, impelled by the divine motion, he so uses his faculties and powers, that from the book composed by him all may easily infer "the special character of each one and, as it were, his personal traits. " (no.33)

Here is an important concept: inspiration, being a particular grace, not only does not reduce man and his faculties, but elevates and accentuates them, so that the author's own characteristics (intelligence, insight, the ability to write ...) are not dulled by inspiration, but acquire, so to speak, a more lively flair. Pius XII continues:

"Let the interpreter then, with all care and without neglecting any light derived from recent research, endeavor to determine the peculiar character and circumstances of the sacred writer, the age in which he lived, the sources written or oral to which he had recourse and the forms of expression he employed.Thus can he the better understand who was the inspired author, and what he wishes to express by his writings. There is no one indeed but knows that the supreme rule of interpretation is to discover and define what the writer intended to express, as St. Athanasius excellently observes”

Why is it so important to know this?
It’s because, man being the true human author inspired by God - God is therefore the first and true author - the meaning of the Scriptures is also deduced from the author's intent, from what the author intended to affirm. We cannot overlook the human element, because otherwise we would have an erroneous interpretation, and the aspect of the truly human author of Scripture, who is not negated but inspired by God, would be lost.

Another important text for reference is Providentissimus Deus. The year is 1893, the Pope is Leo XIII:

"For all the books which the Church receives as sacred and canonical, are written wholly and entirely, with all their parts, at the dictation of the Holy Ghost; and so far is it from being possible that any error can co-exist with inspiration, that inspiration not only is essentially incompatible with error, but excludes and rejects it as absolutely and necessarily as it is impossible that God Himself, the supreme Truth, can utter that which is not true. This is the ancient and unchanging faith of the Church, [...]. we cannot therefore say that it was these inspired instruments who, perchance, have fallen into error, and not the primary author. For, by supernatural power, He so moved and impelled them to write-He was so present to them-that the things which He ordered, and those only, they, first, rightly understood, then willed faithfully to write down, and finally expressed in apt words and with infallible truth. Otherwise, it could not be said that He was the Author of the entire Scripture."

Therefore, it is clear that inspiration is the supernatural action of God which acts on man integrally and from this results inerrancy, which does not coincide with inspiration, but nonetheless is a consequence of it.

- What does it mean that error is to be excluded from the Scriptures?
Theologically there is a difference between strictly religious supernatural truths and profane truths, that is of a historical or astronomical nature, etc. While in the first case inerrancy is affirmed in an absolute sense, in the second case the truth of these texts must be sought in their intended sense, as desired by the human author. However, these affirmations must be placed in relation to the message of salvation that wants to be communicated. It is therefore necessary to grasp the intention of the hagiographer and the truth that he intends to uphold.

An example. Could the statement that Jesus was born in Bethlehem be considered erroneous  because it is not directly a religious truth? No it cannot. This truth is directly connected to the religious truth of salvation because it connects the statement directly with the line of David and with all that this entails for the mystery of Christ. On the other hand, there is the famous biblical passage that gave rise to the "The Case of Galilei", when Joshua said, "Sun stand still" (Joshua 10:12). Is that a mistake? Here the author does not intend to explain an astronomical truth, but rather to communicate, through that expression, that God's intervention had paused time, using a literary modality that is no more wrong than when it is affirmed today that the Sun rises and sets.