The government wants money the Church receives from its citizens

The more the Church is attacked, the more support it receives from its citizens. This is the case in Spain where 32.32% of recent tax returns showed contributions made to the Catholic Church for a total of 284 million euros. This record amount has proven intolerable to Sánchez-Iglesias’s socialist-communist government, now resorting to the Court of Auditors to cast suspicion on the Church’s funds received from taxpayers. 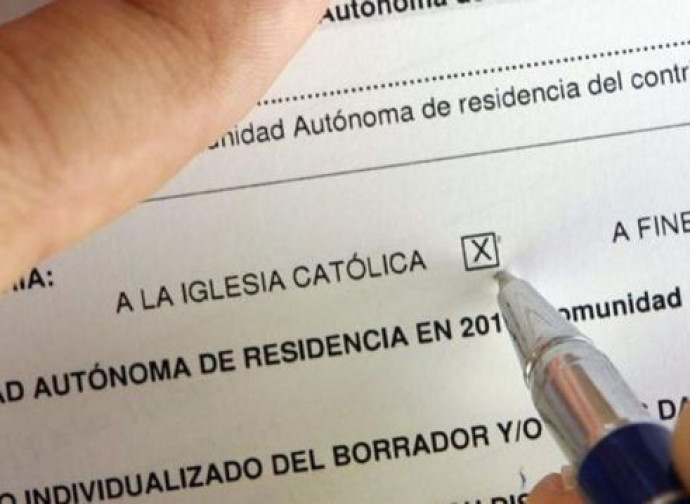 At a press conference held last February 20, the Spanish Bishops' Conference  informed the public of the extraordinary support it has received by Spanish citizens through contributions made directly through their income tax returns, a system used in Italy as well. Such contributions, a reallocation of a small percentage of a citizen’s total tax burden to a charitable institution, are chosen freely by Spanish citizens and have increased by 27,000 for a total of 7,191,387 taxpayers. When considering joint tax filings, the grand total of the Church’s financial contributors rises to nearly 8.5 million tax payers. This figure accounts for 32.32% of all Spanish filings and 284 million euros in Church-allocated funding. In fact, last year’s total, an all-time record, was a 16.6 million euro-increase with respect to 2018, the highest figure recorded since the current tax code went into effect in 2007.

The socialist-communist government victories have, consequently, led many more Spanish citizens to support the Catholic Church’s freedom along with its business activities and charitable operations which are currently under constant threat by the SOC-Podemos-Left and Communist party coalition. Is everyone happy? No, not at all. Amazingly, rather than acknowledging its citizens’ choices and applauding itself for mobilizing popular support in defense of social liberties as well as more freedom for Catholic Church, the Sanchez-Iglesias administration has advanced yet another poorly handled and brutal action against the Spanish people and their Church.

Indeed, Pedro Sánchez's socialist-communist government has shamelessly used Spain’s public institutions to achieve its goals. Sánchez began his term as Prime Minister by appointing his former minister of justice as attorney general and is now resorting to the country’s Court of Auditors to cast suspicion on the Catholic Church’s employment of funds received freely chosen by millions of taxpayers on their income tax returns. On February 28 Deputy Prime Minister Carmen Calvo said she received a financial report on the Church’s usage of funds and that she intended to seek legal recourse at the Court of Auditors to block such funding.  The government report is apparently "biased", "full of errors" and "might very well be rejected by the Court of Auditors" which is required to follow criteria based on "objectivity and impartiality" and must evaluate evidence solely based on "proven facts without giving value-based judgments."

Sanchez and his political ally Iglesias would like to change current regulations, bind the Church’s charitable works and reduce its overall funding. This is yet another sign of the current government’s overwhelming desire to silence the Church and to limit the free choices of Spain’s Catholic citizenry. The Spanish Bishops’ Conference undersecretary for economic affairs, Fernando Giménez Barriocanal, explained that the Church always publishes an “Annual Business Report" as per the "Agreements and Convention" struck and signed with José Luis Zapatero’s socialist government back in 2008. Since then, no Spanish government of any political affiliation has ever attempted to directly attack funding apportioned to the Catholic Church on citizens’ tax returns. Such financing is not a state subsidy, but funds freely chosen by taxpaying citizens to be allocated to and freely used by the Church as it deems appropriate and according for amounts received for specifically intended purposes.

In addition, the current law is part of an international agreement signed by the Spain and the Holy See. According to this agreement, Spain assumes responsibility for the collection of taxpayer-allocated funds and must deliver them to the Church. However, with the heat being put on the Church by Spain’s narrow-minded and historically anti-Catholic leftist governments, it remains to be seen what exactly will result from such political pressure.

So far, the socialist-communist actions against the Church have had unintended consequences. Not only have Spanish citizens expressed even greater favor for their Catholic Church and its business activities, but we also can imagine why the Spanish government’s aggression will be the subject of serious debate at the upcoming 2-6 March Spanish Bishops’ Conference Plenary Assembly which, among other things, will be the time when it elects its new authorities. The "proletarian" socialist-communist expropriation of Spanish citizens’ freely elected funding and, likewise, the Spanish Church’s freedom will not go unobserved at the bishops’ assembly.

There is increasing awareness among Spanish Catholics regarding their government's aggressions against the Church and freedom of its believers. They are ever the more aware of facts that clearly demonstrate what Pope Benedict XVI referred to ten years ago, namely that a "creative minority" will be the light amid the darkness brought on by the new Spanish socialist-communist regime.