The future of Europe threatened by the "pro-Europeans"

It is precisely the pro-European states that are threatening the European future. Europe will have a budget of 1,074 billion for seven years and 750 billion for the Recovery Fund, but the five "frugal/stingy" countries will have very significant discounts on their contributions to the European budget, and will be able to play this card to contribute less money to Europe and European countries in difficulty. But their real victory lies in the right of veto by each country on the expenses and implementation of the projects financed by the Recovery Fund. This is a sign of mutual distrust and diffidence between the 27 countries, the tip of the iceberg of the European crisis. 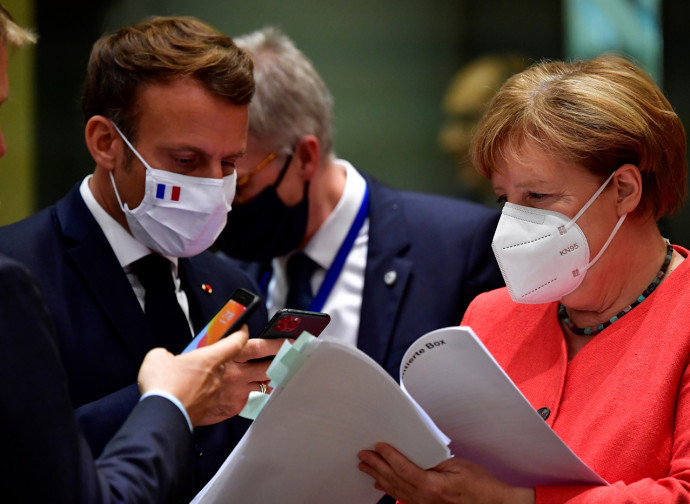 A victory for no one, but the pro-Europeans undermine Europe’s future. The summit that was supposed to represent a rapid “turning point” and proof of the return of a solid European Union to the global scene has ended after four days and nights of aggressive negotiations. While yesterday morning in Brussels the exhausted leaders are toasting the agreement, the USA has already distributed 3 trillion dollars to businesses, non-profit organizations, families, health care, and schools.

Europe will have a budget of €1,074 billio for seven years and €750 billion for the Recovery Fund, of which only 390 billion in grants and the rest in loans. The final agreement was approved by the 27 Prime Ministers only at 05.30 today, Tuesday 21 July after yet another night of battles and threats over each paragraph.

Everyone wins and everyone loses: here is the full text of the agreement. The five ‘frugal/stingy’ countries (originally four, but now joined by Iceland) will have very significant discounts on their contributions to the European budget, they will be able to play the card of less money to Europe and European countries in difficulty: -€377 million to Denmark; -€1.9 billion to Holland; -€1.069 billion to Sweden (add also the discounts to the “silent” Merkel and Germany -€3.6 billion to Germany).

There will be several changes to the items of the Multiannual Financial Framework (MFF), for example a cut in the funds of the Clean Energy Transition Fund by €20 billion; single market, innovation and digital in the EU budget has increased to €132.78 billion; cohesion, resilience and values will receive €377.77 billion; migration and border management €22.67 billion; and security and defence €13.18 billion.

For neighbourhood and world policies there remains €98.42 billion, while for European Public Administration €73.10 billion. It is a historic day for Europe and what has happened in the last four days will mark the Union and the European Institutions for many years.  In addition to money, rules were also discussed: external funding will be subject to rules on conditionality, including for respecting the principles of the United Nations Charter and international law, a point of contention even during the night, with a rift between, on the one hand, the presumptuous Scandinavians and the Netherlands (countries where the value of human dignity is thrashed by euthanasia) and, on the other, all the countries of Central and Eastern Europe. The mediation certainly provides for respect for the “values of Article 2 TEU”, the part of the treaty that deals with democracy and the rule of law, with possible sanctions to be adopted with qualified majority of the Council.

The right of veto, a sign of mutual distrust and diffidence between the 27 countries, is only the tip of the iceberg of the European crisis.