The father, formidable antidote to dysfunction and crime

An article in the Washington Examiner draws attention to the role of the father, who is crucial for the discipline and success of children. And irrefutable studies underline the importance of the father figure and therefore of a stable marriage in reducing suicide rates, drugs, school drop-outs and a range of disorders among young people. What are politicians waiting for to take note of this and reverse the course? 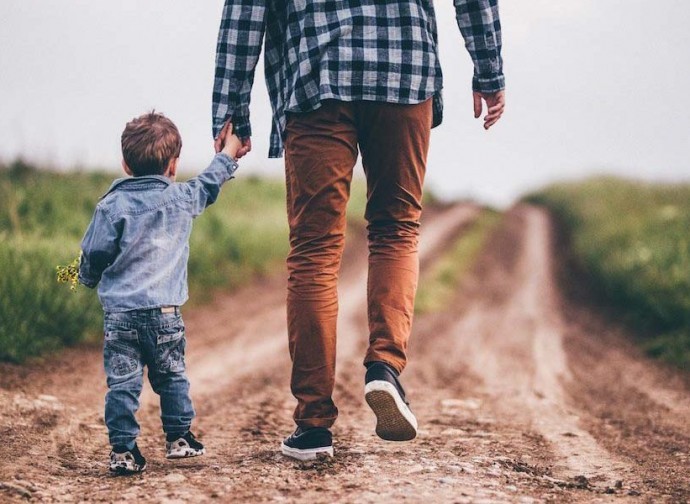 How can social unrest and urban violence be combated effectively and, above all, sustainably? The question is highly topical in the United States where, as is well known, neighbourhoods and streets cyclically become the scene of protests and even dramatic clashes with the police, aggravating pre-existing problems of crime and juvenile delinquency. Surprisingly, one of the remedies that is beginning to be strongly emphasised is the rediscovery of the role of the father and the importance of marriage and the family, understood as a stable union between father and mother of young people who are less at risk than others of growing up on the street.

Drawing attention to the father in the conservative Washington Examiner, were, in particular, Ellen Sauerbrey - former head of the State Department's Bureau of Population, Refugees, and Migration - and Richard E. Vatz, a professor at Towson University. “It may be politically incorrect to say this”, the two pointed out, “but fathers are instrumental in the success of their children. They can in fact be a source of advice and discipline that a single mother alone cannot be. For too many kids, gangs are replacing missing fathers”. Could these be ill-advised words? It seems not.

In fact, 23 years ago, not some biased source, but the US Department of Justice curated a 100-page publication - eloquently titled What Can the Federal Government Do To Decrease Crime and Revitalize Communities? - which recalled that 63% of youth suicides, 90% of homeless youth, 85% of those with behavioural disorders, 71% of those who had dropped out of school, 75% of those being followed for reasons of substance abuse, were attributable to fatherless children. In short, where there is a troubled history, the father is almost always missing.

Of course, the subject is not new - in Italy, years ago, it was masterfully raised by the psychologist Claudio Risé in his Il padre, l'assente inaccettabile [“The father, the unacceptable absentee”] (San Paolo 2003) - but the fact that in the United States it is once again being focused on is food for thought. Also because this reference to the father figure goes hand in hand with the reference to marriage, which is considered a formidable element of social stability and, therefore, of crime prevention.

In this regard, the considerations recently posted on the website of the Institute for Family Studies, where it is highlighted, for starters, that a University degree is a qualification significantly more common among young black adults raised by their two biological parents. This is a firm finding, i.e. one that resists possible external influences; in fact, even when taking into account demographic (age, sex) and family factors (such as parental education), it was found that the odds of young black adults obtaining a degree are almost 70% higher if they were raised by both their parents.

This in turn reflects the fact that young black adults from families with both mother and father are more likely to thrive educationally than young black adults from broken families. Scholars have also observed that the association of family structure for black and white children is similar when considering issues such as poverty or incarceration, with having married parents greatly lowering the likelihood of being survivors or protagonists of deviant or delinquent experiences.

In short, no matter what is said - and no matter how much social services and assistance for difficult situations can rightly be strengthened - the family and the father are confirmed as formidable antidotes to crime, dysfunction, and violence. This is what is reported by the data collected in the United States, which is hard to confute, if only because of the size of the samples from which they are taken. Hence we wonder: what are we waiting for, in addition to focusing on subsidies and aid (which is a sacrosanct issue), to demand that institutions and politics return to valuing marital and family stability? After years of marching in a diametrically opposite direction - the last pearl, it will be recalled, was the “quick divorce” - the elements to start a rethink on the subject, even in Italy and Europe, are all there. Indeed, they abound.