The Family Plan that the U.S. and LGBT, anti-life lobbies hate

On July 25, Guatemalan President Alejandro Giammattei presented a plan valid till the end of 2032 for the protection of life from conception and the family as the "basic unit of society." On the same day, Guatemalan Public Prosecutor Sandoval was fired. This led to tough stances being taken by Biden's U.S. government and street demonstrations that erupted against the Guatemalan government. 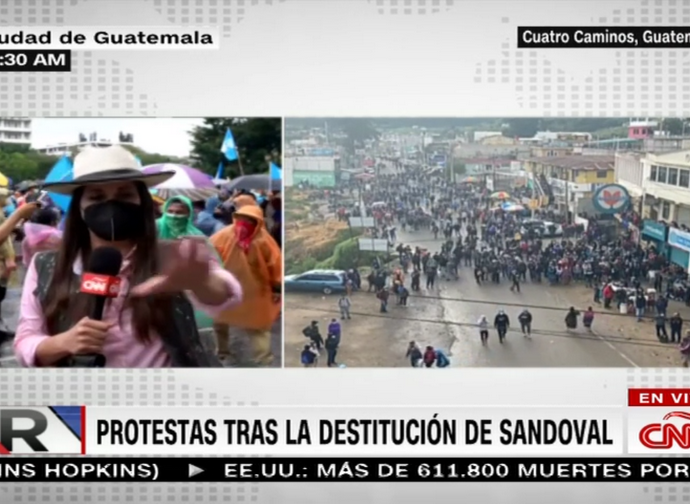 We had already reported on how the president of Guatemala had announced public policy in favor of life (from conception to natural death) and the natural family. Following the recent official presentation of the current action plan, backlash and threats were felt in the streets of Guatemala and within the United States government. Meanwhile, Guatemalan President Alejandro Giammattei is holding his ground.

On July 25, Giammattei introduced his administration’s strategic plan "Public Policy for the Protection of Life and Institutionalisation of the Family 2021-2032." It will go into effect in the coming weeks and continue through 2032. The plan to promote, defend and implement the country's constitutional principles consists of 99 programs coordinated by Gianmattei’s executive administration in partnership with regions, cities as well as with religious and charitable organisations. Such policy will make it possible to combine efforts and promote results leading to the strengthening of the family, the prevention of early pregnancy, the strengthening of the education of children and girls, and measures in favor of the elderly in addition to many other pertinent issues.

We have already witnessed several family policies introduced by other national governments. This one in Guatemala is comprehensive and may yield exemplary results for the country. Giammattei’s plan works to promote constitutional principles that recognise life and the family. It also works to coordinate these principles, not only legally with the other laws and provisions of Guatemala’s  current legal codes, but above all via their implementation in all fields of government action and in every aspect of the country's civil life (the first nine pages of the Guatemalan road map deal with this issue).

There is nothing ideological in Guatemala's plan. Rather, it inspires an awareness of the need to "meet the immediate needs of protecting life from conception, early childhood, childhood, adolescence, adulthood and among the elderly population so as to protect the family as the basic unit of society," Giammattei said. The plan is the result of the joint work (which began last 16 March) of his government with religious representatives, academics and representatives of civil society.

Only if we take into account this radical decision taken by Guatemala and its executive branch of government, may we understand the real reason for the street demonstrations that took place and the stance taken by the U.S. government. On the same day of the presentation of the president’s plan for life and family, the Ministry of Justice and Attorney General María Consuelo Porras, with Giammattei's endorsement, fired anti-corruption special prosecutor Juan Francisco Sandoval. Porras claimed Sandoval had promoted "selective and ideologised" investigations and said he had closed on eye on other investigations lined to the previous government that had hired him. Obviously, the opposition, supported by lobbies that last fall had taken to the streets demanding the resignation of the government and the liberalisation of abortion and gay marriage, replicated the riots in the squares of the Guatemalan capital. Once again, they demanded Giammattei's resignation and that of his "corrupt" cabinet.

Would they have proved their corruption by firing a biased anti-corruption prosecutor? As a confirmation of the interference and threat against the sovereign government of Guatemala, on 30 July the U.S. special envoy  for the "Northern Triangle" (Guatemala, Honduras and El Salvador), Ricardo Zúñiga, announced the suspension of U.S. collaboration with the Guatemalan Ministry of Justice.

On 16 July, while announcing his roadmap for life and the family, Giammattei had asked fellow citizens for their "support in this struggle for faith while opposing movements lead to the destabilisation of democracy in order to establish a regime that promotes abortion and a globalist agenda…The struggle to achieve these goals brings us face to face with powerful groups that spare no effort to misinform, cause polarisation, and gain access to public power by illegal means because they have failed at the ballot box."

Much more cautious were the embassies of Germany, Canada, France, the United Kingdom, Sweden and Switzerland, which simply urged the Guatemalan government to resume its anti-corruption fight.

Following the incredible and diplomatically serious decision of the United States, Giammattei did not bow down to their pressure. Of course, he said he was worried about the decision’s potential negative impact, but he immediately instructed his Finance Minister Álvaro González to "look for options" to support the budget and asked Foreign Minister Pedro Brolo to "promote the cooperation of international organizations and friendly countries." In a a matter of hours they guaranteed the sustainability of the Guatemalan budget. The blackmail of Biden's U.S. government and threats from pro-abortion and LGBT multinationals have, therefore, failed.