The Dreams of Melinda Gates for Covid and women

An essay by Melinda Gates in the international review Foreign Affairs reveals the humanist and elite ideology that is behind the philanthropy of the major Foundations. They claim to fight for women’s health, but lament the scarce availability of contraceptives. And what emerges in the end is that the true goal is control. 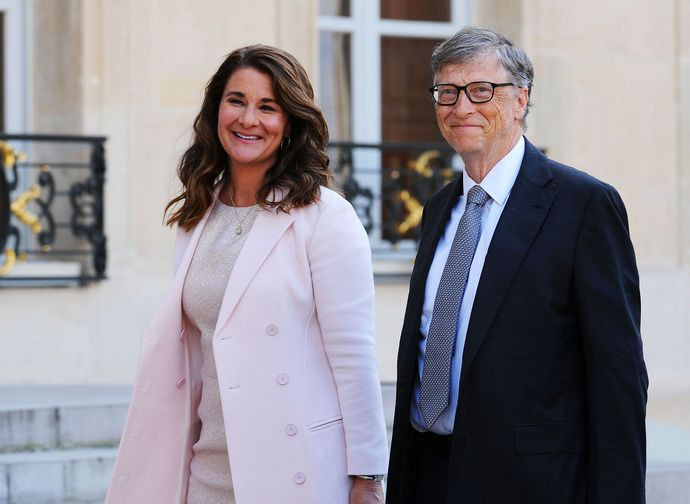 Bill and Melinda Gates are undoubtedly the celebrities of the moment. The Foundation named after them, the richest in the world with an endowment of over 50 billion dollars, is actively involved in the battle against Covid, financing research on possible treatments and above all research for the vaccine. This latter aspect, united to the news of the simulation of the effects of a global pandemic with millions of deaths that was requested from a research institute a few months prior to the explosion of Covid, has made Bill Gates the favourite target of conspiracy theories regarding the origin of the virus.

Without entering into this sort of polemic, it is precisely because the Gates’s are the primary private financiers of such research that it is important to try to understand the mentality that motivates them and the goal of their philanthropy. In this regard, the article that Melinda Gates has written for Foreign Affairs, which is certainly among the most important and authoritative reviews of international affairs, is extremely interesting. It is apparent that Melinda and the editors of Foreign Affairs attach great importance to this interview, because on the day it was published Mrs. Gates gave an interview to three international newspapers.

Thus, according to Melissa, the people in the world who are suffering the most from the consequences of the virus are women, despite the fact that the mortality rate is much higher among men. And the entire article is dedicated to discussing this, or rather it is a description of how women are paying the heaviest price for Covid and how the pandemic can become the occasion to remedy this inequality. According to Gates, the principal effects of the coronavirus on women all over the world are an increase in maternal mortality, and increase in violence suffered by women, greater possibility of malnutrition, greater difficulties in keeping their employment positions – above all for those who live in countries with lower incomes.

This approach is problematic, because it is the absolutisation of an aspect that prevents seeing reality in all of its components. It is an absolutisation that has an ideological matrix: Melinda Gates essentially speaks as if she is a representative of the agencies of the United Nations, where there are other watchwords that are imposed as interpretative keys of reality. The so-called gender gap, or gender inequality (between men and women) is one of these, perhaps the most important one of all.

According to Melinda, there is no global phenomenon that should not be interpreted in the light of this inequality. But this obviously creates some immediate problems: if it is a fact that men die two to four times more frequently than women from Covid, on what basis can it be affirmed that women are the ones most harmed by the disease? Mrs. Gates says that the crisis of health systems under the pressure of the pandemic has forced many women to give birth at home, thereby increasing the mortality rate of mothers and infants in poor countries.

But it is not only women in labor who have had to forego going to the hospital; anyone with a serious illness also found difficulty, even in rich countries, so much so that we are waiting to see a similar increase in the mortality rate for non-covid cases when the data become available. And if we really want to think about a category of people who have suffered more greatly from the effects of the pandemic, we should think of the elderly: they constitute over 90% of the deceased, but they have also suffered the most from the collateral effects, not least of which are the physical and psychological damage caused by long isolation, forced to stay distant from their loved ones and from social interactions. But for the globalist ideology the thing that counts is the condition of women, preferably in conflict with man.

Behind these analyses and their associated remedies, then, there is a strong elitist conception: Melinda Gates offers her thoughts as an “illuminata” to world leaders who therefore ought to do as she says. Things were or are going poorly, says Melinda, but if you follow my directions we will transform a negative phenomenon into the opportunity to construct a new world that is much better and more just.
What escapes these personalities is that the state of the inferiority of women (but here we also need to add children) in many countries – above all in Africa, Moslem countries, and India) – is the fruit of a culture that is not going to change as the result of a decree of the United Nations. Every culture has a religious conception behind it. Imposing a certain behaviour by law can only have a superficial impact. Only a new principle that generates a new culture can lead to a true process of change. And only Christianity, for example, can bring about respect for the absolute value of the person, the equal dignity of every human being, and the positive value of work, as it has done in Western civilisation. But it is precisely Christianity that these international elites want to overcome, with the imposition of a global ethic that is the fruit of individualism and relativism.

There is a further aspect of Melinda Gates’ article that should be highlighted that better explains the concept of this humanitarianism. Melinda laments the fact that the Covid-19 virus has resulted in more than 49 million women remaining without contraceptives, and this means, according to estimates, an additional 15 million unplanned pregnancies.

And here Melinda becomes very harsh in attacking the international community that she says has neglected this aspect: whatever may occur during the present health crisis, there must never be a shortage of contraceptives.

It is no coincidence that the Bill and Melinda Gates Foundation is strongly committed to financing projects to spread contraception, according to the tradition of the Eugenics Society to which the Gates Family is the heir. Birth control is one of Bill and Melinda’s fixed obsessions and Covid has become just one more means to advance their own agenda.

They present themselves as benefactors of humanity, but in reality they are working to contain it and reduce it, thanks to their abundant financial resources. Above all the true goal of these personalities – not only the Gates’s obviously – is control of humanity, the possibility of directing behaviour and thought, reshaping all humanity in their image and likeness – infinitely more dangerous than possible conspiracies to sell vaccines.