The story of government-ordered suspension of public Masses is a clear demonstration of just how seriously the Church has lost her Libertas Ecclesiae. For centuries there has been conflicts over the Church’s religious freedom, but she has fought back hard.  Many heroes and saints came to her defence: the Cluny monks, Boniface VIII, St. Catherine, the French Vendeans, Pius IX, and the Polish Catholic Church. Today, however, the Church seems content with her own lack of freedom and is not eager to increase it. The Church even goes so far as to praise those who take her freedom away. 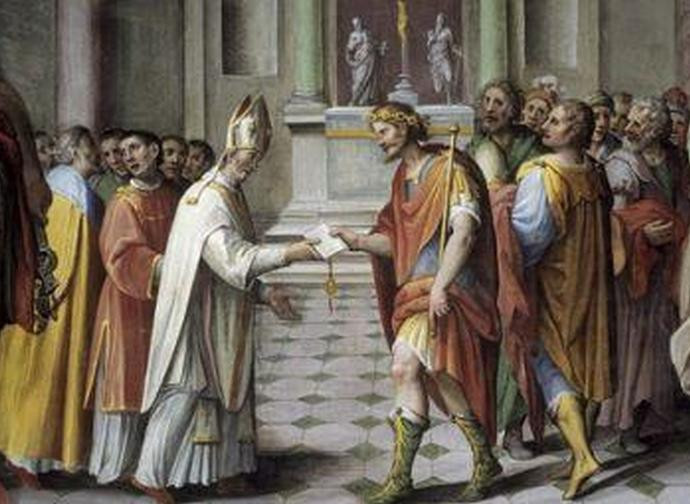 Regarding the suspension of public Masses for COVID-19 public health ordinances, a fundamental issue emerges: the Libertas Ecclesiae, that is, the Church’s religious freedom. The agreement signed in Italy by the state and the national Catholic Bishops’ Conference to regulate the liturgy perfectly illustrates the problem. And It is not the only case. This is what has already happened and is ongoing in several other countries around the world.

In terms of regulating the altar, this is an inviolable space. The state should not enter here. If it does and the Church accepts their governance, then it is all but over for her Libertas Ecclesiae. If the Church is not free to act as she wants in its most sacred spaces, then she is not free in any part of her holy mission. In our own day and age, therefore, it is pivotal that we fight once again for Libertas Ecclesiae, as had been done in several chapters of human history successfully. However, in the past it was the Church who led the way in this tense battle. Yet, today it is no longer so.

The Augsburg Declaration (cuius regio eius religio) denied Libertas Ecclesiae, but it was Protestant, not a Catholic problem, as were all the other Peace of Westphalia treaties. Austrian Josephinism was tolerated but never fully accepted by the Catholic Church, while she stood tall against the new Italian state which began banishing religious orders, confiscating her properties, suppressing her charitable institutions, and conditioning her episcopal appointments with an exequatur.

Is the erosion of Libertas Ecclesiae opposed today by at least one form of resistance? If not, is a counter-offensive being organized? No, because the loss of liberty, resisted and fought hard for by the Church in past centuries, is ironically happening today because of Church’s very consent. The Church herself is asking  for her freedom to be taken away, even considering it a duty of the Gospel to disappear in service of the world and abandon her mission as it relates the powers of God to men. The Church does not protest because Catholics must teach children what the state wants them to be taught. She does she complain because civil legislation has killed marriage. She believes the plurality of choice is acceptable and good. No one complains, because the Church’s own charity depends ever more on the state. So today, no one within the Church will grumble should governments tell priests they may only hold and distribute the Eucharist with gloves on.

The bottom line is that while the Church of Gregory VII fought hard for her freedom, today’s Church, however, seems content with its lack of freedom. Neither is she eager to increase it. The Church even appears to praise those who take it away from her.