The Church must resume proclaiming Jesus Christ crucified and risen

The adaptation to the world has produced an irrelevant Church with a tendency to disappear. The work of the Synod, to be useful to the Church and the world, should promote a great mission to the people in every nation, because salvation from sin is the reason for Christ. And the heart of the mission is the liturgy. 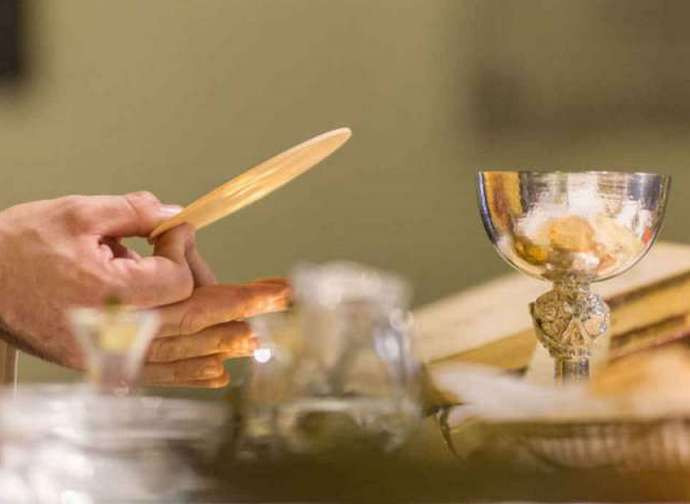 If Cardinal Kasper has gone so far as to describe the next final document from the German Synodal Path as 'non-Catholic', this is indicative of the situation in which the Catholic Church in Germany finds itself today: an irrelevant Church, with - from a human point of view - a strong tendency to disappear. After the Second Vatican Council, churchmen generally adopted the strategy of adapting to the world in order to remain at the centre of attention and not to lose the faithful; that strategy turned out to be a mistake which has led us to the present situation. It is enough to visit the churches on Sundays: the few people who were still attending before the pandemic have already stopped doing so, given also the poor management by the bishops of the quarantines decreed by the governments. This is the situation we see all over the world. In this confusion, priests become depressed and religious flee from their institutes because they no longer understand their identity, while those who do adapt become unrecognisable.

St Augustine, in his famous Discourse on the Shepherds, urges us not to despair, because even when shepherds stop caring for their sheep, Jesus himself continues to shepherd them, which is why there will always be faithful in the Church ready to bear witness to the truth and defend the name of Christ. It remains deplorable to see the great and small pastors of the Church concerned with earthly matters; a priest who, for example, sets up a school to remove young people from the underworld or provides a home for migrants should aim to make the Gospel known to them, which is precisely the mission of the Church and lays the solid foundation for conversion to God and the consequent moral life. Rampant immorality and lawlessness are fought with the mission of the Gospel. Pastors must not start speaking the words of politicians and trade unionists that do not contain the character of truth.  "What people expect from the clergy in social matters" (title of a pastoral letter by Cardinal Giuseppe Siri) consists in "making men, families and organisations better... In other words, the Gospel is needed for all men".  The Church must take up the proclamation of Jesus Christ, crucified and risen, who gave his life for all, poor and rich, and did not come to earth to defend any social rights, but to save us from sin, perdition, and death.

The work of the dioceses on synodality, in order to be useful to the Church and the world, should awaken the urgency of the hour, promoting a great mission to the people in every nation, according to the Lord's unbreakable mandate before ascending to Heaven. If those who govern the Church really feel the urgency and importance of saving souls as much as governments today feel the urgency and importance of saving people from Covid, wrote Prof. Tommaso Scandroglio, among others, they would certainly prepare an evangelising plan similar, at least in spirit, in rationale, to those drawn up to combat the pandemic. The bishops have forgotten that the worst virus is sin and its variants, but that it can be prevented or cured through training, prayer, the sacraments, and works of charity. This would be the 'outgoing Church'.

Jesus Christ entrusted to the Church the extension of his own mission: "that they may know you, O Father, and your Son". As St Hilary of Poitiers explains: "To show this world that ignores you, or the heretic that denies you, that you are Father, Father of the only-begotten God… we will knock on all the doors that bar the recognition of the truth. But it depends on you to grant the object of our prayer, to be present to what is asked, to open to those who knock" (De Trinitate, Lib.1, 37; PL 10, 48). The Church is called to participate in the same spirit as the prophets and apostles, to continue in the same sense in which they pronounced the Gospel, remembering that whoever confesses that Jesus Christ came in the flesh is of God. Thus we distinguish the spirit of truth from the spirit of error.

The Holy Spirit was not sent to reveal a new doctrine, but to lead to the Word made flesh. But today, it is not believed by many churchmen that the Incarnation is the heart of Christianity and that it is what must be transmitted, because it is believed that it is not understood and that it is not what the heart of man expects. In spite of the constant emphasis on the Word, if we understood its divine power, the power of the Gospel - says the Apostle - which casts out demons, opens the gates of Heaven, instils virtues, and grants salvation, we would devote ourselves body and soul, as true missionaries, to this task, leaving the social tasks to others. The Lord came not to gain the whole world but the souls for which he thirsts.

The heart of the mission is the liturgy, source and summit of the life of the Church and therefore of the communication of the Gospel to persons of every people and nation. Because the divine revelation that took place on the Temple Mount in some way continues in the sacred liturgy until the end of time. (Jesus of Nazareth: From the Baptism in the Jordan to the Transfiguration, Doubleday, 2007). Unfortunately, in the training of clerics and lay people, the treatise De locis theologicis, which allowed theology to be done with a documentary criterion, has been abandoned, thus obliging anyone to justify every assertion with the data of Revelation. Let us return to understanding and transmitting precisely this through divine worship - something forgotten by many - and not reduce it to a worldly performance. In order to seriously reform the liturgy, it is essential to bring worship back to the sacred, that is, to the relationship with the transcendent God who became incarnate. The liturgy serves to connect Heaven with earth, and the rules by which God is to be worshipped are not the prerogative of men, but it is God Himself who imposes them so that He may be prayed to as pleases Him, with the dignity and honour that are His alone.

In the liturgy and in the mission, let us look to Christ Jesus, always bearing in mind the words of the Baptist: “He must grow, I must disappear”. The kingdom of God belongs to those who know how to be humble, recognising that God alone is everything, while we are only ‘useless servants’. As in the heavenly Jerusalem, the Church must imitate the sacred liturgy, and so she descends from Heaven to earth, giving glory to God and saving men. This is how the mission is fulfilled, which, like the liturgy, cannot be a product of our hands, no matter how busy we are with synodal work. In today's secularisation, what is more urgent for the Catholic Church: synodality or mission?