It is a serious matter when two members of the Pontifical Academy for Life, speaking about Italy, side in favour of legalisation for assisted suicide. Being contrary to the doctrine of the Church, it is not and cannot ever be the Academy’s position. 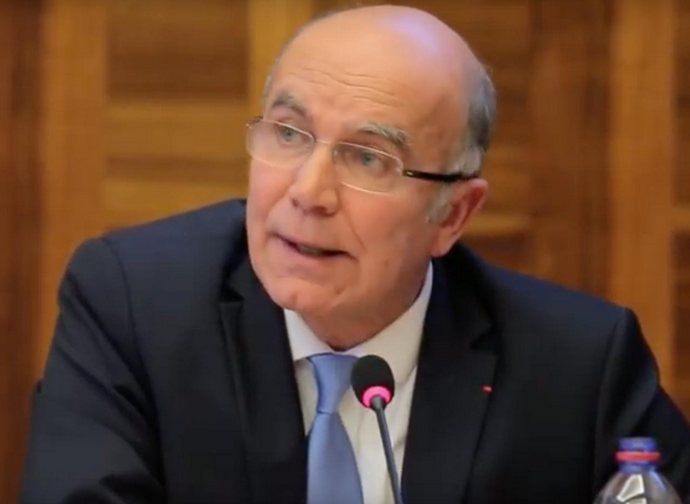 Two texts on assisted suicide are creating confusion, which is currently under discussion  in Italy. The first is an article by Father Carlo Casalone, a Jesuit, published on January 15, in the magazine La Civiltà Cattolica, under the title "The parliamentary discussion on assisted suicide". The second is a comment by Mme Marie-Jo Thiel hosted by a newspaper. Both signatories are members of the Pontifical Academy for Life and agree that their respective positions are in conflict with the doctrine of the Church.

From one article to the other, on the Italian case, leads to a generalisation that anticipates a complete reversal of the universal Church’ position on assisted suicide. There is sufficient fodder for the headline of newspaper La Croix to read: "Assisted suicide, the Vatican’s strategic turning point on bioethics". As if the question had already been decided. Nor does the article hesitate to state: "The Pontifical Academy for Life has recently appeared in favour of the Italian Church not opposing the legislation on assisted suicide". While it’s one thing for people to express their personal opinion, it is quite another to use their positions to officially commit the Pontifical Academy for Life.

The second point is the most important. Allow me, the author of this text, a member of the Pontifical Academy for Life, to dispel any doubts. Clearly, the members of the Academy have not been consulted, and it’s just as well. Expressly desired by His Holiness Pope John Paul II and founded by Professor Jérôme Lejeune, who was its first president, the Academy cannot by definition support positions contrary to the Magisterium of the Church, in an area where, moreover, it does no less than to transmit a millenary wisdom. It is a fact that the respect for human life taken up also by the Church is a golden rule that existed long before Christian revelation. For believers, the ninth commandment not to kill dates back to the Decalogue. But it also exists for non-believers. For example, consider the Hippocratic Oath (400 years before Christ). Do not kill is one of the unwritten laws, which is inscribed in every person’s heart. Neither the Academy nor the Catholic Church have any power over this fundamental prohibition.

“Providing assistance for suicide is already a form of euthanasia."
And a point still remains to be made about these two texts. In his article, Father Casalone claims that through assisted suicide the way to avoid the legalisation of euthanasia is found. That is, to use a lesser evil as a pretext to escape the greater one. But, the consequence is inevitable. Once something is tolerated, it is already too late. And for the climax of his article he invokes Pope Francis, who has always been clear on this point. On February 9, during the general audience, he recalled: "We must accompany people towards death, but not provoke death or facilitate any form of suicide". So, it is also a pretext to give a personal interpretation of what the Church teaches about "imperfect laws".

The encyclical Evangelium Vitae (article 73) specifies that it is legitimate to vote on a more restrictive law to change a more permissive law, but only if the latter is already in force. In this case there would be no collaboration with an unjust law but, on the contrary, a limitation of its effects. In the case of assisted suicide, this reasoning does not work, as it would be a matter of deliberately enacting an evil law to avoid another future one, which would be more evil. Whereas, assisted suicide is already a form of euthanasia. And the law it is purported to avoid will end up passing even faster. Nothing and no one will prevent extending the initial transgression, which invites medicine to bring about death.

As the abortion law lead - as we see - to being recognised as a fundamental right, so euthanasia will follow the same path.

As for Mme Thiel's comment, it provides French support for the Jesuit's interference in Italian politics and stigmatises "the partisans of the absolute sanctity of life who never miss an opportunity to criticise and condemn". While Father Casalone does not state that he belongs to the Pontifical Academy, Mme Thiel believes she must make this clarification both for him and for herself. It would have been more respectful, however, not to have undermined the Pontifical Academy for Life. Its members, who according to the statute are defenders of life, do not want anyone to think that the Church is laying the first stone of euthanasia in Italy. Nor elsewhere for that matter.

* President of the Lejeune Foundation, member of the Pontifical Academy for Life. This article originally appeared in Le Figaro on February 14th.