The central banks have succeeded. Inflation is back

By injecting huge amounts of liquidity created out of thin air into the economy, inflation has exploded. It’s the "medicine" the central banks are dishing out to reduce the real value of uncontrolled debts. The bill will be paid by the middle and lower middle classes, from small savers to the holders of fixed incomes: wages, salaries and pensions. And "financial socialism" takes another step forward. 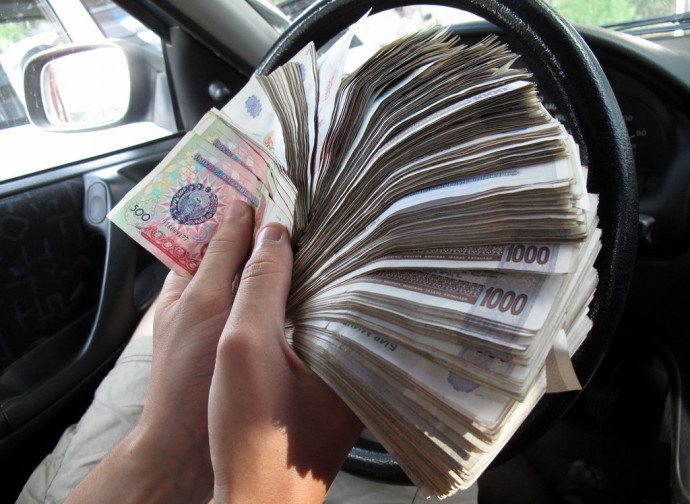 In the last few months, the prices of goods and services have started to rise significantly: not only the price of natural gas, which is the main cause for all the other increases, but also the prices of oil, fuel, metals and industrial materials, even spreading as far as to include food products. The feared return of inflation, driven particularly by the very high increases in raw materials for energy, has resulted in double-digit increases in gas and electricity bills and is also now extending to retail prices: in recent months, the annual inflation rate jumped to 7% in the US, the highest in forty years, and over 5% in the euro area. In Italy, inflation has reached 4.8%, the highest level since 1996.

Let us consider then, what are the causes, remote and proximate, of the dynamics that constitute, for the National Consumers Union, a "Waterloo for family budgets": a sting that can be assessed - depending on the consumer habits of the various households - ranging from several hundred to a few thousand euros per year. Not to mention the serious damage to industry, in particular for the more “energy-intensive” companies which are more dependent on energy costs.

Among the remote causes, we can certainly point to the ultra-expansionary monetary policies of central banks which for over ten years - and even more so with a vigorous post-CoViD acceleration - have flooded the markets with liquidity created ex-nihilo, artificially keeping the nominal rates of return on government and corporate bonds compressed. In this way, the monetary authorities have attempted to stabilise the massive public and private debts, increasingly out of control, which have grown exponentially over time thanks to the policies of "financial repression" adopted by the central banks themselves. The central banks have been trying for years to "devalue" this huge debt in real terms by raising the inflation rate, so as to bring real yields into negative territory (= nominal yields - inflation rate): after considerable effort they have finally succeeded.

Through the central banks, which are only formally independent but in reality "strong arms" of their respective governments, political power has acted and continues to act like a forger, with the result of penalising savings by benefiting debtors, starting with itself: negative yields in real terms constitute a sort of unfair tax on savings and fixed income (mainly wages, salaries and pensions), not voted on by any Parliament, and in particular not transparent. The European Central Bank continues to describe inflation as a transitory phenomenon, not particularly worrying, in order to be able to continue indefinitely with its monetary policy of transferring income and wealth from saver ant to the cicada debtor: it remains to be seen for how long it will be able to withstand this "narrative" in the face of objectively worrying inflationary dynamics.

Among the proximate causes for the overwhelming awakening of inflation, there are the highly expansive fiscal policies implemented by governments to face the serious economic crisis induced by generalised lockdowns - that governments decided themselves - which has also caused the fragmentation of production and distribution chains, with significant restrictions and bottlenecks on the supply side, including on energy supplies, with obvious consequences on price dynamics. It should also be emphasised that these imbalances do not depend only on the world economies restarting after quarters of substantial block, but have been exacerbated by the contextual increase in demand, artificially pushed by the aforementioned strong expansionary monetary and fiscal policies.

Much could be said about the "quality" of the economic recovery underway, in general: on the one hand, it is affected by the base effect because we are confronted with the previous year in which the strategy of indiscriminate closures nailed the economy; on the other hand, the increases in GDP are due to a significant increase in spending and public debt, while private individuals, especially small and medium-sized enterprises, are still in trouble. In short, the crisis, as was easily predictable, has left us even more state controlled and with more debts, in addition to the individual difficulties and inflation: it is therefore difficult to share the enthusiasm of many economic commentators on the economy’s "significant recovery".

In addition to these general causes, common to most of the world, in Europe reasons are specifically linked to the energy policy choices of past years, with insufficient investments and without adequate diversification of suppliers and energy sources. These choices have led to a situation of structural fragility, exacerbated in the last few months by tensions with Putin's Russia, Europe’s main gas supplier and which satisfies 40% of Italy’s demand alone. All this has pushed up the prices of liquefied natural gas in Europe - albeit halved compared to the stratospheric peaks of mid-December - to settle in recent weeks at levels equal to five times the cost of summer 2020, and three times higher than costs in the United States, which have also risen sharply in the last 18 months. A stable recovery in inflation, with a simultaneous slowdown in economic activity, would re-propose the disturbing scenarios of "stagflation" ("stagnation + inflation") not seen since the oil shocks of the 1970s. This would definitively expose the error of neo-Keynesian monetary and fiscal policies implemented in the past decades, to which green energy policies have recently been added.

In short, the reasons for the strong pressures on prices in recent months are many and interconnected, but it is certainly clear we are not faced with adverse, unpredictable and inevitable natural events, nor with phenomena of a “speculative” nature; more simply, it is a question of the expected consequences of wrong political choices. In this regard, ecological catastrophism - which has nothing to do with correct ecology - certainly carries an important part of the responsibility: in Europe the so-called decarbonisation, with the planned closure of coal-fired power plants and the goal of achieving net emissions with zero carbon dioxide by 2050, is in fact causing a very bumpy "energy transition", which is paying the price for ideological choices.

Even if the epicenter of the energy crisis at the moment is in Europe, the ecological transition decided by the UN Agenda 2030 on the so-called "sustainable development" will inevitably have a global and lasting impact over time: it is one of the key points, even if not the most unique, of the Great Reset project for the Twenties of our century, so far without causing much of a stir. In this respect, Bill Gates spoke of the extra cost associated with the transition to renewable energy, defining it with the term "green premium": according to his estimates, we are currently talking about 5 trillion US dollars in costs on top of a global economy that is worth about 80 trillion dollars (annual data). This cost will be borne by taxpayers and consumers, and for everyone to accept it needs a convincing narrative to sway opinion: as Gates says, if we do not immediately start blocking greenhouse gas emissions, "every year millions of people will die from climate change and against this there will be no "vaccine" available”. From the health emergency to the "climate pandemic": in short, open your wallets and keep quiet, the operator can’t be disturbed.

Ideologies, history teaches us, have always been expensive, not only in terms of freedom but also economically. To realise the hope of a "return to normality", of the end of a continuous state of exception, it is necessary to stop the "energy transition" program, object of the European Green New Deal, and to implement a change of course, monetary and taxes, to return to privileging savings and defending the freedom of private economic initiative against the growing intrusiveness of states and supranational organisations such as the UN. The only real reset everyone needs, is freedom.