”The Catholic Church makes the world a better place”

Education, health, poverty reduction: no other organization in the world does more than the Catholic Church to respond to people's needs. This was confirmed by a research group based at Georgetown University (USA), which quantified the amount of good that Catholic charities contribute to the world. This is in addition to the amount of spiritual good she provides by bringing to the Gospel to humanity. 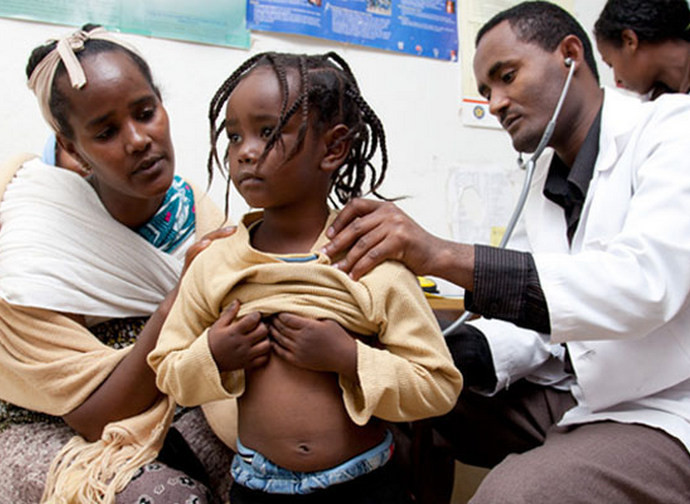 What the Church is and does, in the name of Christ, is indispensable to the whole world. Contra factum non fit argumentum. No other organization in the world does more work in areas of education, health, poverty alleviation, and heath care than the Catholic Church. Much of this charitable activity is carried out by religious orders. Despite all the criticism she receives, this basic fact tends to be forgotten. It is far more fashionable to cast stones at the Church than it is to acknowledge how she cares for and ingeniously responds to everyone's needs, just as Christ does.

The U.S.-based Centre for Applied Research in the Apostolate (CARA) at Georgetown University has compiled statistics that “quantify” the Church’s truly impressive good work throughout the world. It goes without saying that the Church’s charitable, educational and healthcare operations are not only statistically quantifiable, the Church visibly educates to the truth and in service of the Truth.

However, even if the Church’s material embodiment of the good is secondary to its primary work of evangelization, such work should not be forgotten nor overlooked.

Globally, the Catholic Church 'manages' 150,087 schools, mostly in developing countries, while providing education for around 54 million students per year.  In terms of healthcare and wellness, the Catholic Church operates over 5,000 hospitals, 16,000 outpatient clinics, and 600 leper colonies, mainly through its often vilified religious orders. Moreover, the Church runs nearly 16,000 nursing homes for the elderly, chronically ill and disabled as well as 10,000 orphanages, 10,500 nursery schools, 13,000 marriage counselling centres, 3,200 social education centres and 31,182 other charities.

When we take a closer look at what the Church does in education, we discover she operates 71,305 nursery schools, 101,527 primary schools and 48,560 secondary schools.  In order to have an idea of just ​​how much the Church’s commitment and role in education and has grown globally since 1970, let's look at some of today’s figures compared to those of 50 years ago. Primary school students have risen from 20.3 million in 1970 to 34.6 million in 2017. In 1970 there were roughly 7.7 million secondary school students whereas by 2017 they were a little over 20 million. This is a huge increase. There are currently 7.3 million children being educated in preschools. In Italy, the Catholic Church-based Italian Federation of Nursery Schools (FISM) is responsible for 35% of all pre-schoolers. Closing FISM schools would spell disaster for tens of thousands of families.

There has also been particularly strong growth in Africa’s Catholic schools. Back in 1980 there were only 6.6 million students enrolled schools run by Church-based organizations. By 2012, this same figure skyrocketed to 23.5 million and has continued to grow every day. In 1970, 18% of the world’s population was Catholic and this percentage has remained the same after 50 years. However, the Church's work in ​​education and wellness has grown in terms of overall services and persons involved. This is particularly true in poor countries where government assistance is often non-existent, which is in stark contrast to the Catholic Church which carries out a veritably strong subsidiary role while leading initiatives in these and other countries around the world.

Without the above-mentioned operations of countless Catholic institutions, life would be much more difficult for tens of millions of people every year globally. The numbers is crystal clear, and were we to revise such data annually, we would only see upward trends.

Added to Church’s good work for the poor, education, and physical wellbeing, one must not forget the spiritual good she provides by bringing the Gospel to humanity. It is incredible to think just how many how many children, men and women everyday – thanks to their Catholic faith -  forgive their enemies, comfort the afflicted, overcome bad habits, find strength and motivation to pursue happiness and freedom, patiently endure hardship, console others, and work for peace and justice.  All this is on account of the same Catholic faith they encountered and which shaped them while educated at school, suffering in hospital, and whenever they were in need.

Although truly incalculable, the Catholic Church’s contribution to human progress is still underestimated by everyone. It is not a matter of pride to say this. We cannot and must not remain silent about it. The media likes reporting on bad news. Thus, when it comes to stories about the Church, their reports focus only on cases of abuse, in-fighting, and conspiracy. Yet, there is plenty of good being done on in the world, and most of it is coming from the Church.