The business of welcoming immigrants is not true subsidiarity

It is often said that the system of welcoming migrants that operates in Europe corresponds to the principle of subsidiarity. But this is a deception: the social agencies that welcome illegal immigrants and asylum seekers are actually run by the State in terms of funding as well as regulations; as such they are only agents of the State, and they operate only as long as the State wants them to. 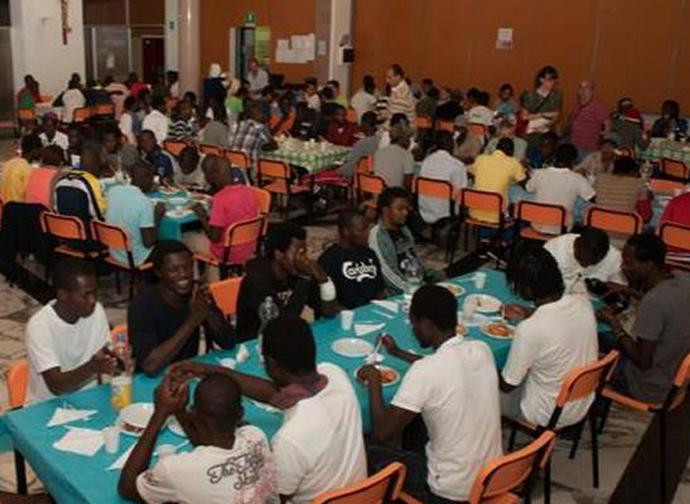 In the past few days we have heard the news of an increase of the daily per-person subsidy paid by the government to the social agencies that welcome immigrants into Italy, following a decision by the previous government to reduce this subsidy. As everyone knows, the state relies on the collaboration of many associations and agencies who work together in the management of government contracts for receiving immigrants. Caritas also plays a significant role in this field, working with the government prefectures as well as local authorities, and also through temporary collaboration with social agencies that have various ideological outlooks.

It is often said that this system corresponds to the principle of subsidiarity that is a principle of Catholic social doctrine, which has also been invoked by civil and political entities. It suffices to recall how the principle is mentioned in the European treaties and how it inspired the reform of Title V of the Italian constitution. However, in the transferral of this principle from its original context in the social doctrine of the Church to these other contexts, something of its spirit has been lost. And this is true also in the application of the principle of subsidiarity to the industry of welcoming immigrants.

Its supporters maintain that since the State does not directly oversee the welcoming of immigrants through its own administrative structures but instead employs civil agencies, the principle of subsidiarity is being applied: the idea that those who are in need should be helped by those who are closest to them. Since immigrants who arrive need to live in a specific place within a specific social context, it is good that those agencies which operate in the same specific context should oversee the initiatives that welcome immigrants. In this way – so it is said – these initiatives will be more targeted, more effective, and have more of a human face, instead of being simply anonymous interventions of government administration overseen by those who are distant and far away. Since the principle of subsidiarity directs us to begin at the bottom and assist social agencies at the grass-roots level to carry out their mission, this operational model would seem to be fully in accord with the said principle.

In the present system, the social agencies that operate in a given locality depend on the central State both for funding as well as for regulatory oversight; they are thus merely executors of a mandate that descends from on high. They also operate only as long as the State wants them to: when there are no more funds or if the politics of welcoming immigrants changes, then these local agencies are dismissed as appendixes that are not longer needed, without any problem or damage for the State. If then the State has large nets by which it selects asylum seekers from among illegal immigrants and forces social agencies to welcome even illegal immigrants, it would be involving them in a vision of the “common good” that is quite problematic and contestable.

This vision of the principle of subsidiarity is functionalist. Its purpose is to permit the center to operate in a more flexible way, since it is less costly from many points of view, not only economically. It is a strategy that seeks to make the whole system function better. But in the end the big picture does not change: it remains a vertical and centralised system that does not permit the social agencies that are involved to assume any real responsibility. On the contrary, it compromises them by obliging them to report to the local and national political powers that be, to support those political parties that intend to increase their daily per-person subsidy, and also to support those holding power in the local municipalities in order to guarantee that their contracts are renewed so they will not have to fire their employees or collaborators. Thus even at the most local level, the principle of subsidiarity is being rejected.

In such an institutional relationship, the social agencies and cooperatives themselves forget their original grass-roots ideals and become bureaucratised, accepting spurious alliances in order not to lose their contract. In addition, they stop looking for voluntary donations because the government subsidy is so great that it more than covers their expenses, and in the end the true sense of the so-called “subjectivity of civil society” is compromised.

Finally, it should be kept in mind that, in such a system, the decision about what the common good is (which is the goal of the whole principle of subsidiarity in the first place) is made by the central State and uniformly applied across the entire territory that it controls, even though the common good is an analogical principle that can and must be applied in different ways in various different localities. But how is it possible to to do this if the social agencies involved are only people who are paid well simply to execute orders?