The Afghanistan that persists: tribal practices adopted into Islamic religion

The Taliban might allow women to study, but their husbands of arranged marriages, will forbid it. The Taliban could also not impose the burqa by law, but families will require it to be worn. The Taliban might refrain from reintroducing the stoning of adulterous women, but it will be their families to kill them. These are the ancient, tribal traditions that Islam has reinforced in Afghan society. 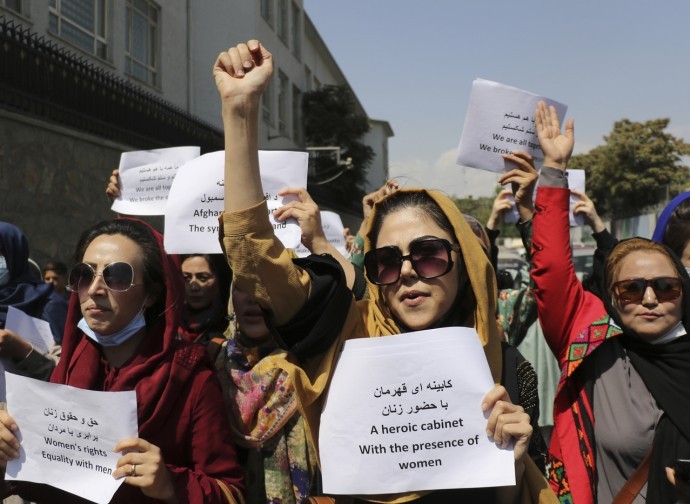 Perhaps in Afghanistan, girls will be able to go to school and even to university, so long as they kept separate from boys. Women will be able to work, at least in certain sectors but only under particular circumstances. Even the Taliban understand that educating women, just enough to let them work, is a worthwhile proposition, while undoubtedly expecting they remain submissive and dependent on heads of households (husbands, fathers, brothers-in-law, brothers or sons). The Taliban know that all they need to do is to remain vigilant so that the patriarchal and authoritarian structure of Islamic society survives and that its institutions are imperatively safeguarded.

For the most part, these institutions have their origin in pre-Islamic, ancient tribal societies which have handed them down over the centuries with due respect and in homage to their founding ancestors. Islam has further strengthened these institutions by adopting them into their religion. Indeed, for Muslims they demand respect since they are now prescribed in the Koran, their inspired Word of God, and because they were practised by the infallible prophet Muhammad.

Among all these institutions, it is arranged marriages (preferred at a very early age) that are considered a cornerstone of ancient societies. Arranged marriage has always been widely practised in Afghanistan. Particularly in rural areas, there are two common types. First, are the so-called "exchange" marriages between two families in which each undertakes to marry off a daughter to a son of the other family in order to strengthen ties and consolidate a political or economic alliances. Then, there are baad marriages which are an attempt to put an end to a feud between two families. This involves one of the two families offering a daughter to the other family.

Even though the minimum legal age for marriage is 16 for women and 18 for men, many girls still get married at 15 or even younger with the consent of their father or an Islamic court. UNICEF estimates that one third of Afghan women are married before the age of 18. In addition to arranged marriages, early marriages are evidently also forced upon couples. Whether or not the Taliban recognise a woman's right to education, the first consequence of early marriages is that girls and young women stop attending school. Another recurring problem involves unsafe pregnancies. The high maternal mortality rate in Afghanistan (638 women lose their lives during pregnancy and childbirth for every 100,000 births) is largely due to many mothers being too young.

Muslims believe they are allowed to marry girls because the Prophet Muhammad married Aisha, one of his wives. She was just six at the time of their nuptials and their marriage was consummated when she turned nine. In 1979, as soon as the ayatollahs came to power in Iran, one of the first provisions that Supreme Leader Khomeini took was raising the legal age of marriage for women to nine.

Should the Taliban renounce mandatory burqas, it will be because they would be able to trust families with the responsibility of perpetuating institutions such as arranged, forced and early marriage as well as other practices such as placing prices on brides, polygamy, and harems (for the partial or total segregation of women). They would do so knowing that they can count on the determined collaboration of millions of men and women in Afghanistan, as is the case elsewhere.

To make people think that they have really changed as they claim, they might even go so far as to ban stoning adulterous women, but under the assumption and with good reason, that it will be the families to recover the lost honour caused by the inappropriate behaviour of a family member in the secrecy of their own homes. Families could do so by inflicting severe physical punishment on guilty women, including death for the most serious offences. If not yet provided for in Afghan legislation, it would be enough to introduce extenuating circumstances for those who kill a family member for reasons of lost honour in order to escape serious criminal sentencing.

This is how in many Islamic countries the authority of heads of households is legitimised. This includes recognising their right, and indeed their duty, to watch over their family’s reputation, even if it means taking the life of a family member. This is the case in Kuwait, Pakistan, Bangladesh, Egypt, Nigeria, and Mali. It is even so in Jordan where women enjoy greater protection than in any other Muslim country. Here, those who kill for honour are backed by the full extent of the law, so much so that they rarely risk spending even one day behind bars or, at most, a few years in prison. Upon their release from incarceration, they are cheered on their return home by proud family members and neighbours. For decades the same royal house in Jordan has been trying in vain to get parliament to amend two articles of law that effectively absolve those who commit honour killings, while the country has one of the highest rates in the world. So for a young Jordanian girl to be killed all she needs to do is get caught in public talking with a man who is not her relative or be seen deviating unnecessarily from her usual route between home and school or work.

Regardless of whether governments tolerate or try to sanction them, in almost all Islamic nations honour killings are approved by a vast portion of the population. In such countries, tribal codes of conduct prevail over legal systems. It is easy to silence people who disagree by accusing them of being provocateurs and working with Westerners to spread moral degradation. This happens in Afghanistan, too, with or without the Taliban.