How should a Catholic respond to an event like the current United Nations climate summit in Madrid (COP 25)? Here is a list of ten commandments on how to react to the ecological alarmism on global warming, the policies of supra-national states, street demonstrations, climate strikes and the student movements that characterise this new millenarianism. Policies, rather than being based on science are more like a pagan cult. 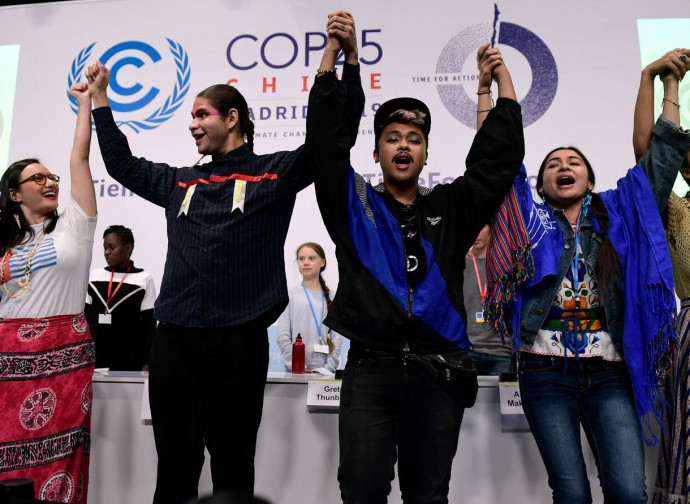 What approach should a Catholic adopt towards an event such as the current United Nations climate summit in Madrid (COP 25)?

First of all, he should take in to consideration the gravity of the problem. Scientists have not reached an agreement which states the cause of global warming is anthropogenic. Therefore, there is neither an agreement on the worth or need to induce costly changes to  human behaviour, given that they are not the cause of climate change. A small variation of heat in the Pacific Ocean has an infinitely higher impact on the planet's climate than all human activity put together. By faith every Catholic is required to apply reason, therefore science cannot be bypassed and bent to say what it does not say.

Secondly, a Catholic should be realistic and not ignore the fact that the proposed plans to reduce global warming are extortionately costly, making it reasonable to think there are considerable interests behind the drive to decide these investments. If the economic speculation of companies in a particular sector is to be condemned, the same must be done for those in another sector. The green economy is not heavenly in essence.

Thirdly, a Catholic should not be carried away by terrorist alarms: recently a Catholic newspaper titled an article "Last call for the world." We are all familiar with the millennialism of ecologists who have made countless predictions in the past about our planet reaching a point of collapse, largely due to overpopulation. Forecasts which proved to be wrong. A Catholic should not adapt to these catastrophic predictions, above all because they have no scientific basis.

Fourthly, the Catholic position, above all that expressed by the Holy See or Episcopal Conferences, should never be accommodated to suit political decisions. We should refrain, for example, from agreeing with the decisions made at the climate summit in Paris or in Katowice last year. They are political decisions, they concern contingent and complex choices and there is the danger of being considered partisan. The Church should propose the most important principles, not adhere to political solutions that divide the field between "good" and "bad." As it no longer takes a position in many other areas, why should it do so in this case?

Fifth, a Catholic should never use the expression "Mother Earth", especially with capital letters, and should not adhere to documents that use this gnostic, esoteric and idolatrous expression. Nor can  its use be justified by invoking Saint Francis and his Canticle of Creatures which never had anything to do with esotericism. Unfortunately, many ecclesial documents now use the expression and it happens that Christ is not mentioned whereas Mother Earth is.

Sixth, a Catholic should never equate the UN as being automatically Good, and any UN summit decision as an absolute duty for responsible people. We now know with total certainty that UN agencies often carry forward ideological course contrary to humanity’s true well being. The Church, in particular, cannot succumb to the United Nations and share its language. For example, it should not uncritically accept the UN development program until 2030. At the Cairo or Beijing summits in the 1990s, the Church was critical of these UN positions. It should still be.

Seventh, governments should never accept imperative orders from supra-state entities on these issues, because behind the "directives" of supra-state political bodies, such as the European Union, are hidden visions of the relationship between people and nature that could be wrong.

In eighth place, a Catholic - more so the Church - should not be blinded by street demonstrations often occultly conducted and also financed, even if they are youth events. With slogans that have been manoeuvred and students required to take to the streets, you might become famous but not right.

Ninthly, whenever environmental ecology is talked about, the Church and Catholics should always demand that human ecology is talked about. Not only must the two not be separated, but human ecology must always have primacy over the environment. If we do not even talk about the fight against abortion it becomes not only reductive but also misleading to speak of a struggle for biodiversity.

In tenth place, Catholics should never talk about nature without calling it "created" and should never talk about creation without talking about the Creator. The decisive perspective is lacking and it amounts to saying that things can go well even without God. This is in contrast with what is said today in the Church, namely that there are “eco-sins.” This is said, however, without the Saviour ever being mentioned when referring to environmental problems.