Totalitarian China is increasingly referred to as an example for how to contain the coronavirus epidemic.  While wanting to remain a democratic country, Italy is nevertheless is trying to imitate the Chinese. Never mind that China is a highly questionable model, it is not the only Asian nation to have effectively tackled the epidemic. Other Asian countries, such as Taiwan (Democratic China) and Singapore have managed to stymie further infections. Meanwhile South Korea, one of the hardest hit countries, has managed to slow down outbreaks like, if not more than, China. Yet, none of these governments have used totalitarian methods nor have they have blocked entire regions or entire economic sectors as is happening in Italy. 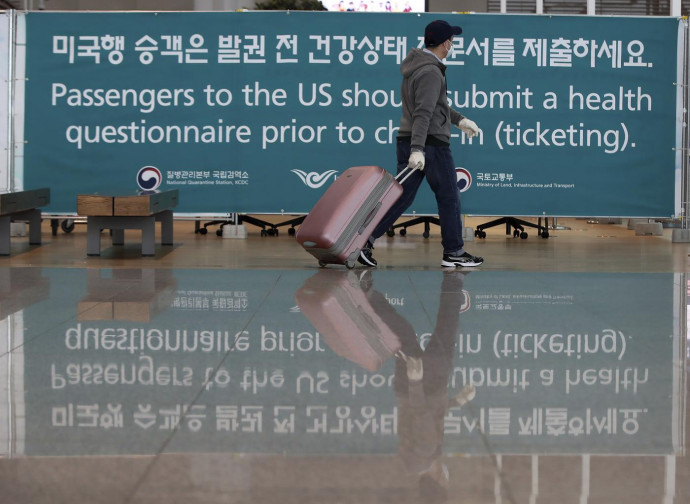 China is becoming a real obsession, especially for those of us who look abroad for examples of how to effectively fight the Covid-19 epidemic. In addition to being an inappropriate nation of reference (it is precisely in China where everything started and its Communist regime bears huge responsibility), it is also an incomplete example. This is so because other countries in Asia have efficiently battled back against the virus’s spread. They have managed to contain it, and with even better results than China. Moreover, they have enjoyed success while not resorting to expensive and draconian methods employed by the communist giant.

Unlike Communist China, Taiwan (Democratic China) has utilised very different, even contrary methods. For example, while Beijing still censored news about the coronavirus, before the outbreak became global public knowledge, Taipei mobilized its communications systems by immediately disseminating essential information to its citizens. It did so in the name of maximum transparency. This was inspired, above all, by its past tragic experience with the SARS epidemic (2002-2003), a time when the Chinese island’s authorities took swift action.  Assisted  by many private initiatives already back in January, Taiwanese authorities have made sure that every citizen knows how to act, what behaviours they ought to follow and where they can obtain anti-viral masks via constantly updated mobile applications for locating supplies throughout the island.

In early January, Taipei had already set up a single command and control centre to coordinate the island’s healthcare efforts. Since 31 December, Taiwan’s government had introduced checks on passengers arriving from Wuhan, even before the Chinese authorities granted official confirmation of the already existing epidemic. Mandatory quarantines for those arriving from Hubei, the first Chinese province affected, also began last January. In February, the same restrictions were applied to all travellers who had visited China or who were also indirectly connected to it. Quarantine procedures were extended to travellers arriving from Hong Kong and Macao. Taiwan’s quarantine policy has been most strictly enforced, with fines of up to $10,000 given to violators and to those who have lied about trips to regions hit by the virus. Prevention has been very successful, considering that (as of this article’s posting) in Taiwan there have been only 47 coronavirus cases out of its total 22 million inhabitants.

Another success story is the city-state of Singapore. Like Taiwan, it has also employed similar preventive methods while also learning from past invaluable experience when dealing with the SARS outbreak. Prime Minister Lee Hsien Loong, following an exemplary speech asking for calm, optimism and clarity, enacted a national quarantine policy and closed the nation’s borders to all travellers arriving from China. Even though a few case were eventually registered at home, Singapore’s health authorities have developed a very refined method of tracking infected patients, including persons they have been in contact with on the island. Moreover, severe punishments, including prison time, have been issued to citizens who have lied to authorities about contacts or symptoms or who had violated quarantine procedures. As of today 11 March 2020, Singapore has reported a mere 166 cases (with 93 survivors) among its 5.5 million inhabitants.

While closely connected with China, Singapore and Taiwan are still islands. They have been able to secure their borders for a matter of national defence. They did what, perhaps, Italy could still do and should have done since the end of January when the epidemic was spreading only in Asia. South Korea’s example may, therefore, be more interesting for us, because it is proof of how the virus’s further spread has been quickly contained after an initial rapid and widespread outbreak.

Although it is the second hardest hit country in the world, after China (with about 8,000 cases) South Korea currently reports a continuous drop in the total number of infections. It has most likely reversed the epidemic’s tide for good. Even in this case, Seoul has not resorted to declaring entire cities and regions as “red zones” as China has (and as we have tried in Italy). Freedom of movement has never been seriously limited except in the most infected areas, such as the city of Daegu. The methods used, as in Taiwan and Singapore, are above all related to early diagnoses and tracking persons infected and those with whom they have been in contact.

Given its 52 million population, comparable to Italy’s, tracking infected patients and all their possible contacts surely hasn’t been an easy task. Yet, it was possible thanks to technology that is also widespread in Italy, such as geolocation on mobile phones, the collection of public data and, above, all mass swab diagnosis campaigns. To date, at least 180,000 swab tests have been performed: first to travellers connected to China, directly and indirectly, then to any citizen asking to be tested. To speed things up, South Korean authorities have set up street-side health stations, where anyone can get tested without even getting out of their cars and with results delivered to the person’s cell phone within the same day. If positive, the infected person and his contacts are sent warning and must respect quarantine guidelines.

To track suspicious cases in South Korea private IT developers were the first to create mobile apps that map locations of those infected. Without revealing their personal identities, the maps indicate where the infected persons are, where they have moved, and what locations they have frequented. Thus, while South Koreans are free to travel they are aware of the most dangerous areas. The government acted very late (enacting a proposal only a few weeks ago) to make available an application for Android devices (the iPhone version will not be online until March 20) which allows quarantined individuals to obtain information in real time (but in exchange automatically provides their positions to the authorities). The negative side of this system is that of creating an online hunt for disease spreaders. Although such systems respect privacy, anyone with decent web search skills can crosslink available data and trace the patient’s identity, including his or her contacts. Unfortunately, there are now numerous cases of such online lynching, of those accused of having acted imprudently. Even public places they have frequented risk being deserted, while losing customers.

Obviously no method is perfect. Nonetheless, these three Asian countries, unlike China (and unlike its imitator, Italy) have neither paralysed their economies nor quarantined entire provinces and regions. The risk facing Asian countries such as Taiwan, Singapore and South Korea is none other than a gross violation of individual privacy. But even in northern Italy – particularly in Lombardy, Veneto, Emilia – where residents are already being stigmatised as “plague spreaders”, when it becomes a collective stigma, it is even worse. This is like in China’s Hubei Province, where inhabitants are still collectively treated as second-class citizens and discriminated at work, despite being healthy, only because they happened to be in the wrong place at the wrong time.