From Ukraine to the Balkans, from the Middle East to Asia-Pacific, tensions are boiling over and becoming more dangerous by the day. Especially disturbing is the fact that there are no firefighters on hand when fires break out. And the crisis in Taiwan is particularly dangerous because the equilibrium rests on certain fictions. 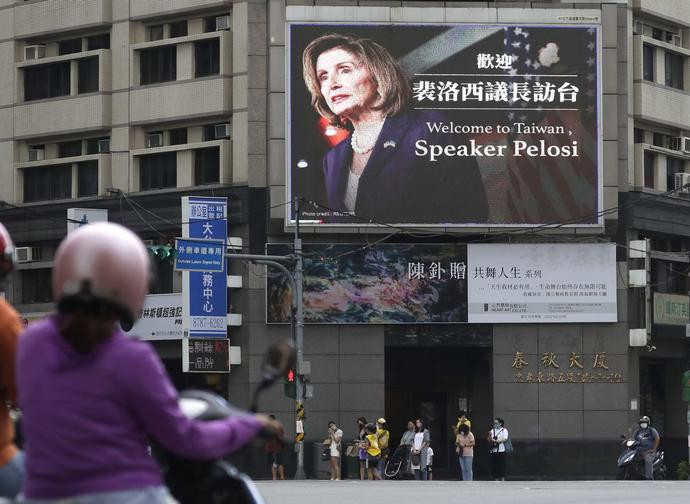 From Ukraine to the Balkans, from the Middle East to Asia-Pacific, tensions are boiling over and becoming more dangerous by the day. Especially disturbing is the fact that when fires break out, there are no firefighters on hand. On the contrary, one gets the idea that in this climate pyromaniacs in search of adventure are on the rise. The recent case of US House Speaker Nancy Pelosi visiting Taiwan, apparently without the consent of the White House, provoking an angry reaction from the People's Republic of China, is a striking example.

There is no doubt that the Communist regime in Beijing is increasingly aggressive and, under the presidency of Xi Jinping, is harking back to the “good old days” of Mao Zedong. And there is no doubt that the claims of domination over Taiwan have become more concrete in recent years, after decades of a substantive  “live and let live” policy and increased contacts and relations. But Pelosi's visit had all the flavour of a gratuitous provocation, without any clear strategic objective or intended result.

Above all, it poses a problem of method: if one pursues peace and international stability, when faced with a 'dangerous' regime, one can either seek every diplomatic and political means to contain its danger (strength is not only demonstrated with weapons), or one can instigate it to unleash its nastiness and thus justify the formation of an international coalition to fight it. The United States naturally tends to choose the second path, especially Democratic administrations (only President Donald Trump has distanced himself from this policy). This has the unfortunate side effect of destabilising the regions concerned or at least increasing tensions. The policies of recent decades - see Iraq and Syria, the Balkans, Libya, Eastern Europe, to name but a few examples - all point in this direction. And anyone can verify that none of these regions is today pacified or has become a land of democracy and freedom.

Let us be clear, this does not make dangerous regimes and evil leaders any less dangerous and evil, or any less responsible for their aggression or violations of international law. Quite the contrary, but precisely because of this, the virtue of prudence is necessary, which is not a way of ennobling cowardice in the face of the bully or masking appeasement policies, but is knowing how to identify and pursue the best ways to maintain or arrive at peace, which also means the possibility of development and progress for all. Resorting to arms can only be the last, obligatory, choice if territorial integrity, freedom, and international justice cannot be defended in any other way.

The Taiwan case is then particularly delicate, because the balance rests on certain facades, which everyone appears to believe precisely to avoid a war. The first of these is the principle of “one China”, to which US President Joe Biden in recent days has had to swear allegiance several times to avoid even harsher reactions from Beijing. That is, the idea that the island of Taiwan is part of China and therefore currently a rebellious province that, sooner or later, will have to reunite with the rest of China. Until thirty years ago, this was a principle also defended by the government in Taipei, which - like that in Beijing - proclaimed itself the only legitimate one in the whole of China.

The origin of this situation goes back to the civil war that after the Second World War saw Mao Zedong's communist army victorious, while Chiang Kai-shek's nationalist troops took refuge on the island of Taiwan and formed the government-in-exile there (officially Taiwan is called the Republic of China). The issue obviously could not be resolved manu militari, so a stalemate remained with the international community, which only from the 1970s onwards recognised Beijing's government as the legitimate government of all China (until then the seat at the UN was occupied by the Taiwanese government).

But as the years went by, and especially since the late 1980s, with Taiwan's democratisation following a phase of great economic development, the paths of the two Chinas diverged completely. In reality, more than 70 years after the separation, they are now two completely different countries, with two fundamentally incompatible cultural, political and economic systems. To speak of “one China” is ridiculous. And Taiwan's exclusion from the international community - only a handful of countries have regular diplomatic relations, the most important of which is the Holy See - is now anachronistic, taking into account - just to give one example - how crucial Taiwan's industry is to the globalised economy.

This is why there is now a strong push for independence in Taiwan - politically represented by the Democratic Progressive Party of the current president Tsai Ing-wen - even though the word independence is taboo precisely to avoid immediate military action by Beijing. Over the years, various formulas have been devised to get Taiwan's autonomy accepted without using the fatal word.

Consequently, the official policy of the United States is also a charade: while it officially adheres to the principle of “one China” it has a military treaty for the defence of Taiwan, thus considering the island as an autonomous entity. It is an obvious contradiction that nevertheless allows the status quo to be maintained by providing Taiwan with armaments that can deter People's China from dangerous exploits.

But obviously these pretences are increasingly difficult to maintain and make the balance very precarious, liable to be thrown off by any rash move.. And indeed, Pelosi's initiative has exposed and detonated the contradiction in the US position of paying an official visit to Taiwan, as if it were independent, but at the same time claiming that it is part of “one China”.

A very delicate situation, therefore, which demands the utmost responsibility, especially at a time like this of serious international tensions and already open war fronts between superpowers. One would hardly want to push this crisis beyond the exhibition of strengths, unless some mistake or risky move precipitates the situation (a risk that should in any case be avoided), but as someone has noted, the danger also lies in this escalation of demonstrations of strength from which there is no turning back, lest a message of weakness be given. And the limit has now moved to a very dangerous point.

As was said at the beginning, we are in need of firefighters, or better: peacemakers.